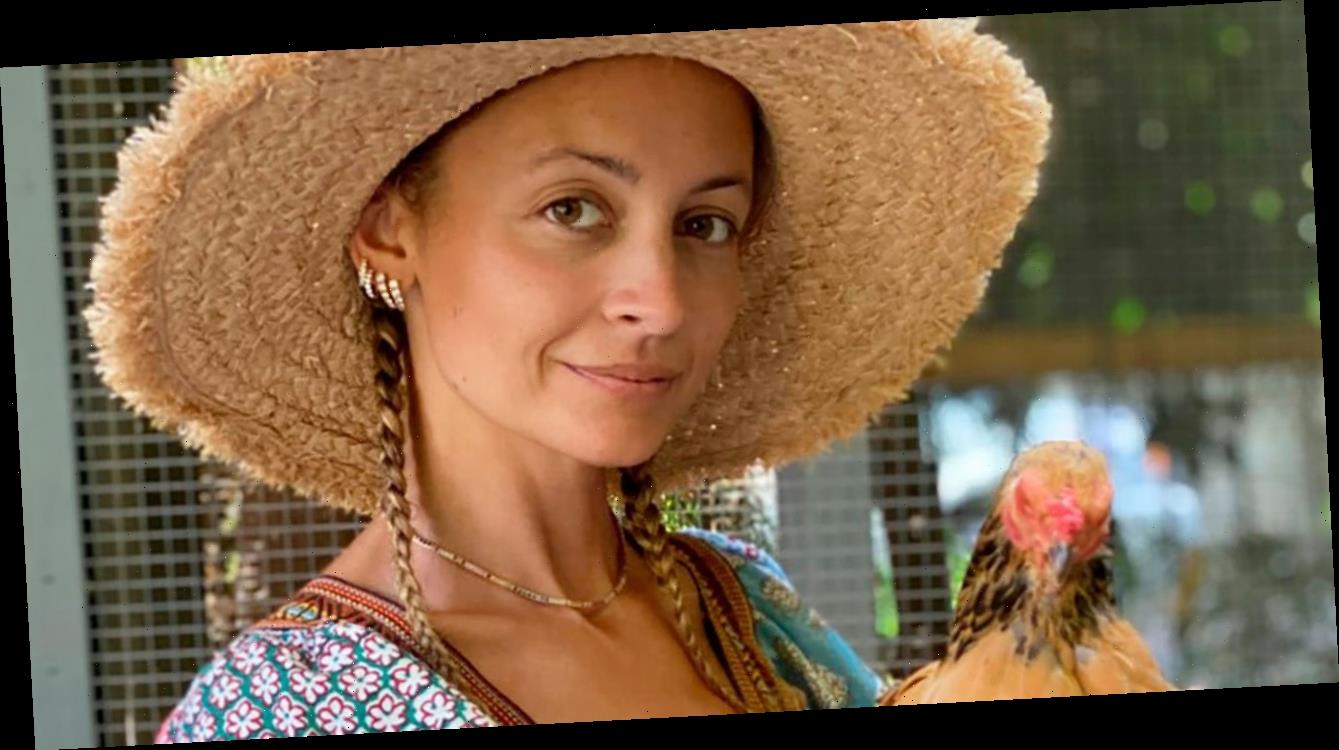 The titles on Nicole Richie’s resume run the gamut from buzzy television personality to mega-watt designer. But the job that often keeps the star most busy is one less people know about: watching over her family’s multiple pets and farm animals (including hens and hundreds of honey bees) on a daily basis.

“I have someone that helps with things around my yard, but I basically take care of all our animals myself,” says Richie, who loves puttering her garden and chicken coop so much she has created an alter ego named “Nikki Fre$h” who raps about earth mama things like organic produce and eggs. (She had a show about it on the now-defunct Quibi network — the platform is gone, but the music videos still up on YouTube are worth looking up.) “I am their mom for sure.”

For our new December issue, we sat down with the star to talk about the hard work she puts into keeping her many creatures happy — and why you should never, ever judge a chicken by its feathers.

InStyle: Tell us about your chickens: When and why did you decide to get them?

Nicole Richie: Basically it happened like this: about 6 or 7 years ago my son wanted turtles. So we got a few of your standard Russian tortoises. But when we put them in an aquarium they seemed very unhappy. So I anonymously joined an online turtle forum and came to discover that turtles don’t understand that concept of glass and you should actually build them an outdoor enclosure. Now this was the first online forum that I had ever joined, and it was very exciting. I was getting lots of information! And one of the things I learned was that turtles and chickens kind of go hand-in-hand; you can actually keep them in the same [space]. Then I watched a Martha Stewart video about how great it is to have chickens: how they give and give and how they’re wonderful for families. I was like, “You know what? If Martha Stewart has some, I need them too.” I started with 5 and now we have 7.

Do they all have names?

Yes. The head honcho of the group — pecking order really does exist! — is Queen Latifah. She’s the queen, the leader. The others are called Sunny, Daisy, Dixie Chick, Ivy, Popsicles, and Talulah. We also have a cat named Tiger Lily, a dog named Rocky Baltimore, the turtles, and a bearded dragon called Speedy. Last winter I learned that bearded dragons sometimes won’t reveal their sex, so he could be she. It’s a very gender fluid home.

That is a lot of pets.

Well, the chickens are easy [to care for] because they’re a small breed called Bantams. Having 2 is the same as having 10, you know? But I did get a rooster by accident one time. He did not reveal himself as a rooster until about six months later, and then he immediately got kicked out and had to leave. I knew something was off from the start: The energy was different in the coop; everyone was really on edge. Then all of sudden I hear this this loud “cock-a-doodle-doo” one morning. You know the sound you’d hear a rooster make on cartoons?  It was that loud. That noise travelled for miles. I had to text all of my neighbors to apologize and be like “He’s leaving now.” But he was a gorgeous rooster! I honestly, I only got him for superficial reasons; he had this really cool haircut. And so that was my karma. I should’ve picked the chickens for their personality. What’s your egg situation like? Do they lay more than you guys can eat?

Sometimes, so I’ll give extra to my neighbors. Oh I forgot to mention: I also have 200 hundred bees. We give their honey to friends and call it “Madd Honeys,” which is a play on my husband [Joel’s] last name Madden.

Wow! Tell us more about that, please.

A few years ago, I decided I wanted bees, so I put them at my dad [Lionel Richie’s] house because I didn’t want them at mine. I basically surprised him with these bees. He loved it at first, but then starting calling me to say people are getting stung and the bees have to go. I was like, “My bees would would never do something like that.” But we did move them, which is a whole process. You have to go in the middle of the night because that’s the only time they’re in their hut. It’s like a terrible thing. Afterwards my dad called me and said “The bees are still stinging people.” But they hadn’t been at his place for over two months! Turns out there was a feral hive that dropped and people were stepping on it. And those bees were the ones that were stinging people — mine took the fall. So I was like, “You know what? I don’t want my bees getting side eye in a place that they’re supposed to call home. They’re not coming back.” And now I don’t give my dad honey anymore.