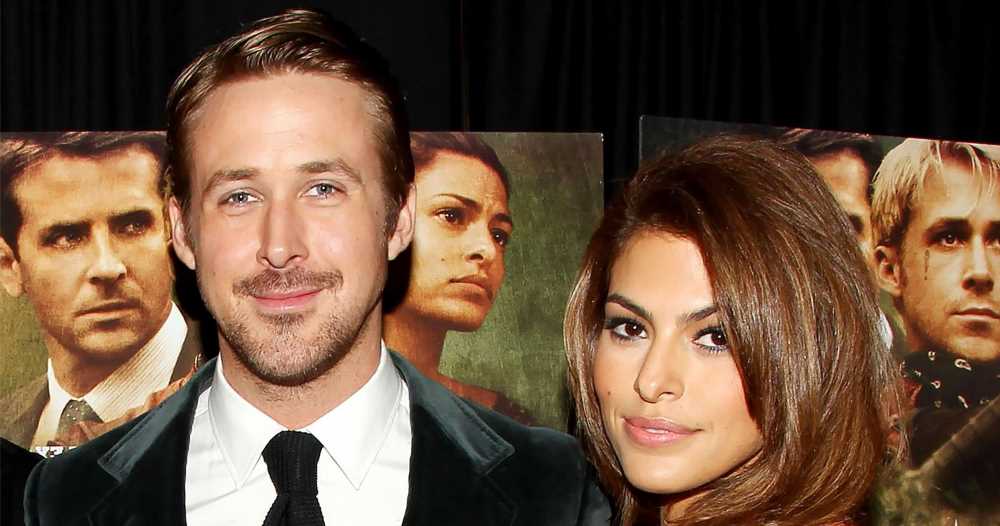 The 47-year-old actress shared a snap on Monday, June 28, updating her Instagram followers on a look she wore the day before. “Lots of you asked who designed the dress I wore in yesterday’s post,” she wrote. “It’s a female French designer, female founded business @chloestora. Women supporting women 💜.” 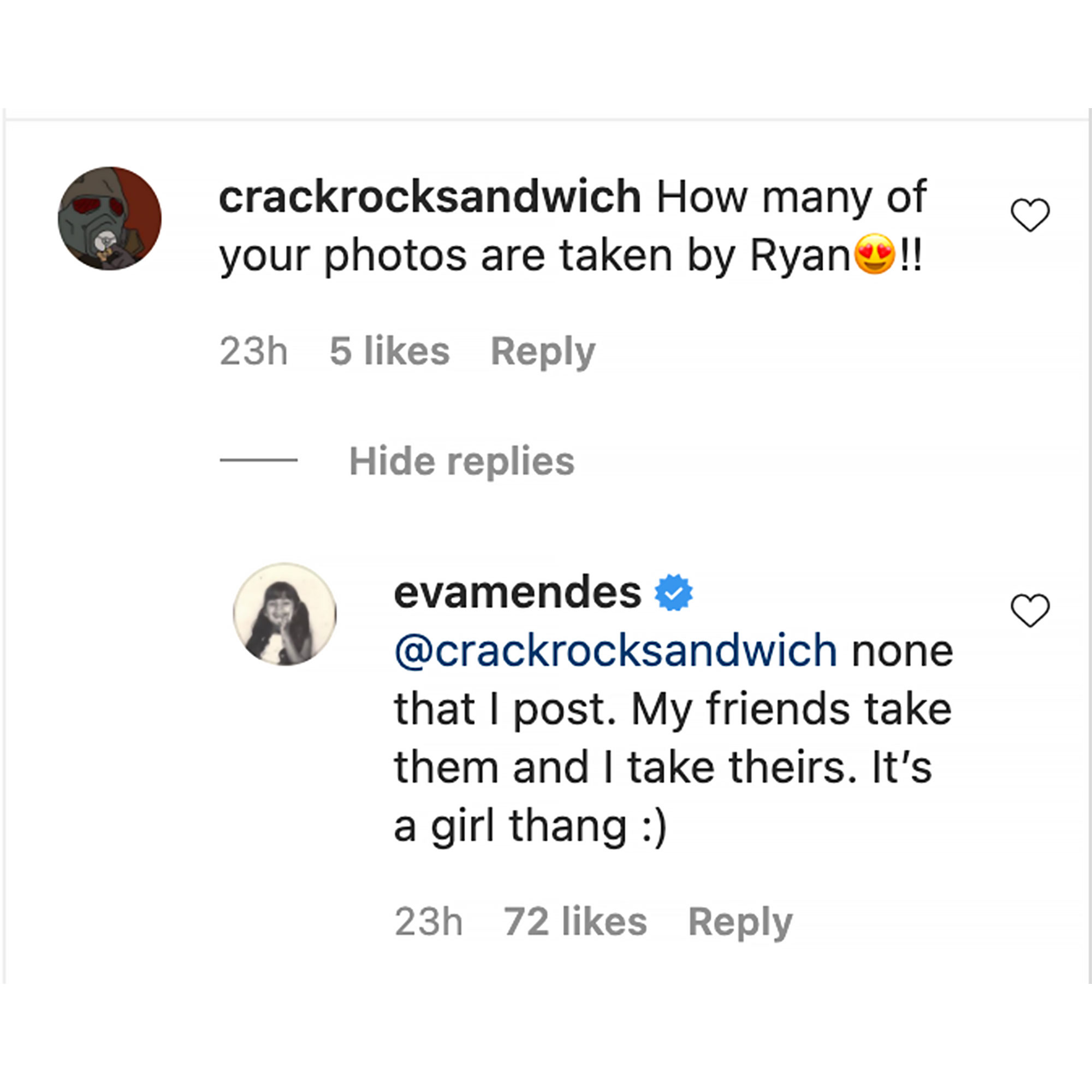 When one user asked how many of Mendes’ pictures were taken by the First Man actor, 40, the Florida native replied, “None that I post. My friends take them and I take theirs. It’s a girl thang :).”

The couple began dating in 2011 after meeting on the set of The Place Beyond the Pines. They share daughters Esmeralda, 6, and Amada, 5. Though she’s fully committed to the mom life, Mendes didn’t see parenting in her future until she found love with Gosling.

“I never wanted babies before until I fell in love with Ryan, and it kind of worked out to where I was 40 and having my first baby,” she told Nova 96.9’s Fitzy & Wippa in October 2020. “I think I was 42 for the second one, so it worked out in that way that I had a career and then I change my focus to my family.”

Mendes last appeared on the big screen in 2014’s Lost River but has been “thinking of definitely going back” to acting after taking a hiatus to raise her kids. “I am now that [my kids are] getting a bit older, but I really feel like I never want to send the wrong message to young women out there. It’s not an either/or situation,” she said on the radio show. 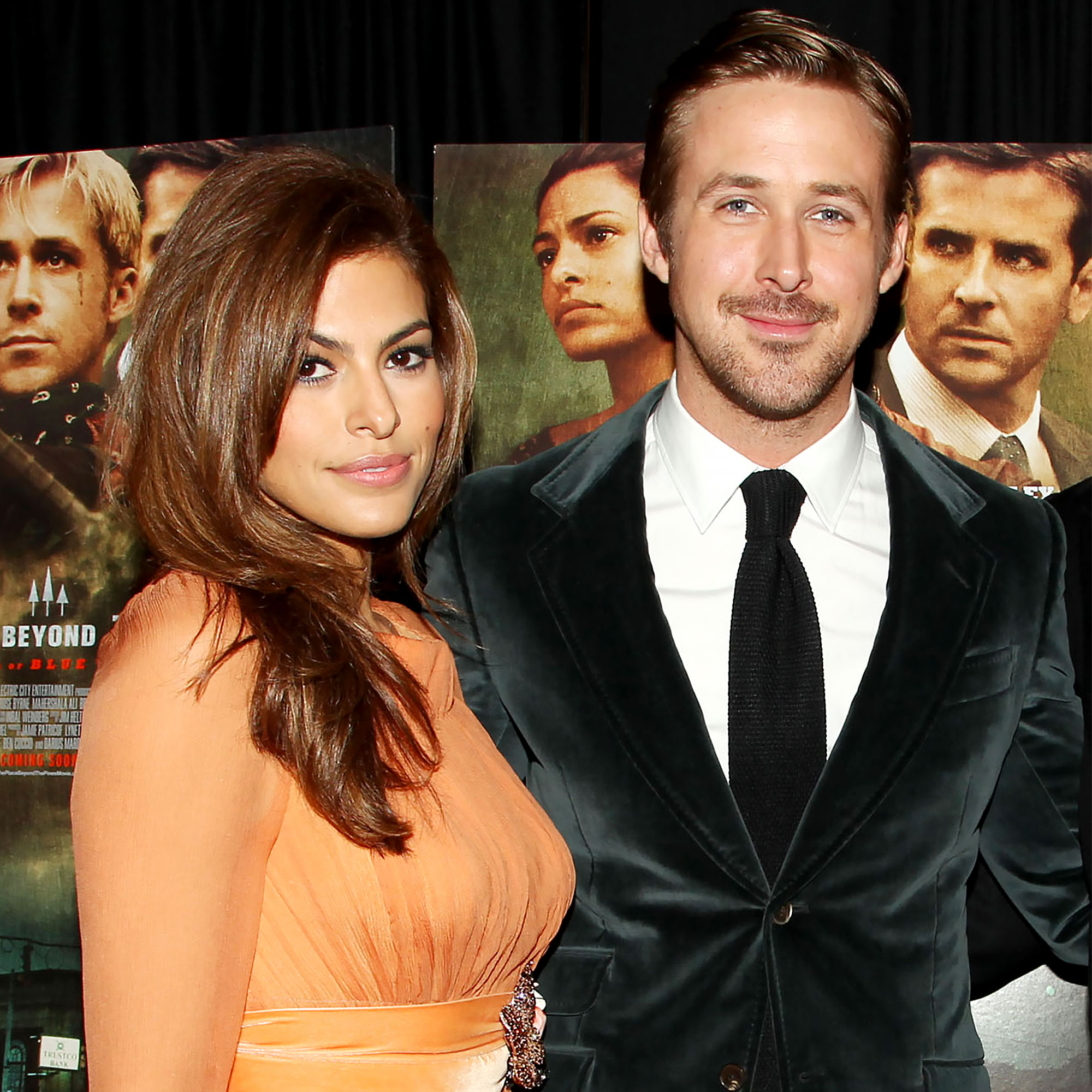 While the Girl in Progress star has an active social media presence, her posts don’t often feature her beau or their little girls. “As far as Ryan and I, it just works for us this way to stay private,” she told her Instagram followers in April 2020, explaining why she doesn’t share much about her “immediate family” on her account.

“I have always had a clear boundary when it comes to my man and my kids. I’ll talk about them, of course, with limits, but I won’t post pictures of our daily life,” Mendes continued. “And since my children are so little and don’t understand what posting their image really means, I don’t have their consent. And I won’t post their image until they’re old enough to give consent.”

Hollywood Love! Hottest Couples Who Fell in Love on Set

Six months later, she fired off at a troll who suggested the La La Land actor should get her “out more” instead of spending all her time cooped up at home. Mendes clapped back, “No thank you, I’m good. Rather be home with my man than anywhere else in the world.”