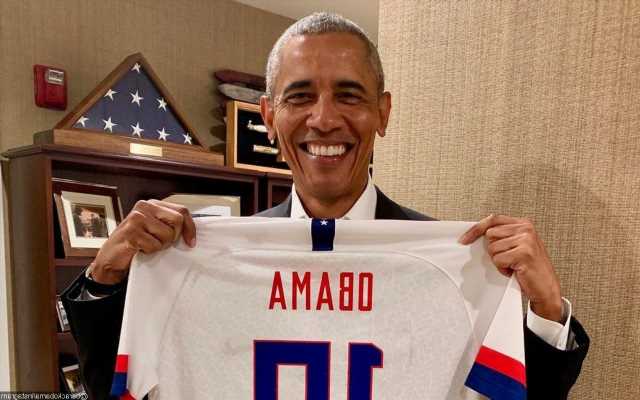 At least 74 people on the island have tested positive for coronavirus since the former president’s birthday soiree last weekend, but health officials note it’s still too early to know if the bash is a driver.

AceShowbiz -Barack Obama’s 60th birthday is not to be blamed yet for the surge of coronavirus cases on Martha’s Vineyard. The Edgartown Board of Health says it won’t be able to detect any clusters until data from this week’s infections come in on Monday, August 16.

“It’s too early to tell,” said Janet Hathaway, assistant to the health board. She noted though, “We’ve seen an uptick of the virus since the first week in August. There’s also been a huge run on over-the-counter (COVID) tests,” adding there’s been a few clusters in local restaurants, too.

Martha’s Vineyard Hospital spokeswoman Marissa Lefebvre confirmed to the Herald they have also seen a jump in people coming in for tests for coronavirus. She said the number of positive hits is also up and they have a patient in the hospital who is ill.

“This is the busiest time on the island,” Lefebvre noted, adding, “It’s impossible for us to know at this point” if the infections are linked to the Obama bash. According to The Vineyard Gazette, case levels reached near-zero totals at the beginning of the summer on the island.

According to Daily Mail, at least 74 people have tested positive for COVID-19 since the former president’s maskless soiree last weekend. Echoing the statement, Tisbury health agent and boards of health spokesperson Maura Valley told the site that “it’s a little too early” to know whether the hundreds of guests and workers gathered for his weekend of maskless parties have contributed to the surge in cases.

“At this time we’re not aware of any cases connected to the Obama party,” Valley said. She explained, “It’s a little too early and the only way we’re going to know is through comprehensive contact tracing.”

On Saturday, August 7, hundreds of people attended Obama’s birthday party on his estate in Edgartown. They went maskless as they danced, ate and drank the night away under tents set up in his property.

Obama gathered with friends Thursday at the Barn Bowl & Bistro, joined a larger kick-off celebration Friday at the luxury Winnetu Oceanside Resort. He followed up his party with a brunch Sunday at Beach Road restaurant, dining under a specially-erected marquee beside the water in Vineyard Haven.

Obama, however, “significantly scaled back” the originally planned 700-people party after catching backlash.