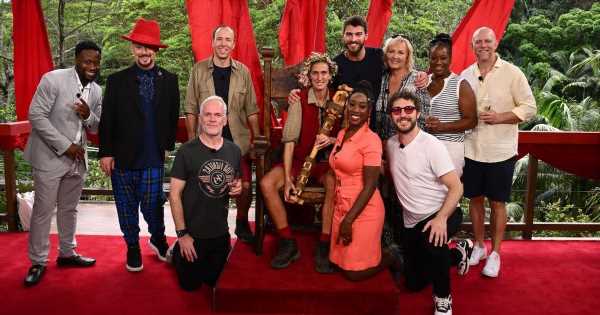 I'm A Celebrity… Get Me Out Of Here! 2022 alum Scarlette Douglas has revealed that her fellow campmate Olivia Attwood has been left out of the contestants' WhatsApp group, which has been used regularly since the show came to an end.

But if you've just come out of Love Island, you can't go, 'Yeah I'm going into the jungle next'."

"Talking of Olivia, what's her plan now? Is she going to go into the jungle next year to make up for it this year?" he asks Scarlette.

"I don't know," she replies. "I've not spoken to her since I've come out so I've got no idea what her plans are. I do know that when we were in there, she was totally up for it. And she was gutted. You could tell she was gutted.

Scarlette adds: "In fact, she left and then we didn't see her. But we, as a collective from what we knew of her knew she would be gutted because of how upset she was."

Johnny then questions: "So, is she not in the WhatsApp group?"

"There is an exclusive," he teases.

When asked how lively the group chat is at the moment, Scarlette chuckles: "It’s all right. It's all right. I didn't come out of the bubble though now, but like, I must go back to life. Yeah. So that yeah, basically, I'm that person.

"I will always write in a WhatsApp group, because I b***dy love people. And I was like, 'let's all be friends together forever'. And in the jungle, it was like, Yeah, of course.

"But then coming out, everyone's gone back to their real lives and the like, Scarlette, like, just chill out. Because I literally will be messaging not every day, but I do message a lot. I'm one of those people in general across all WhatsApp groups, across WhatsApp. Full stop. I'm a talker."

Despite Scarlette only being the second campmate voted out of the show, her co-star Olivia was forced to exit the jungle after just one day after medical concerns came to light.

The reality star was nowhere then to be seen during the final of I'm A Celeb on Sunday 27 November.

While many were glad to see former England footballer Jill Scott take the winning crown, some fans were left gutted for Olivia.

Taking to Twitter, many fans expressed their sadness over the fact that Olivia didn't get her full I'm A Celeb experience.

One person wrote: "I’m still so gutted Olivia had to leave #ImACeleb."

A second said: "We were robbed of Olivia truly #ImACeleb."

"Looking back, the camp would have been so much more fun if Olivia would have stayed. #ImACeleb," another added.

After Olivia's I'm A Celeb exit was announced, an ITV spokesperson told OK!: "As a precautionary measure Olivia needed to leave the jungle to undergo some medical checks."

They added: "Unfortunately, the medical team has advised it is not safe for Olivia to return to camp as there needs to be further investigation.

"She has been absolutely brilliant and she'll be very much missed on the show."

Scarlette Douglas spoke to Johnny Seifert on the Secure The Insecure podcast.