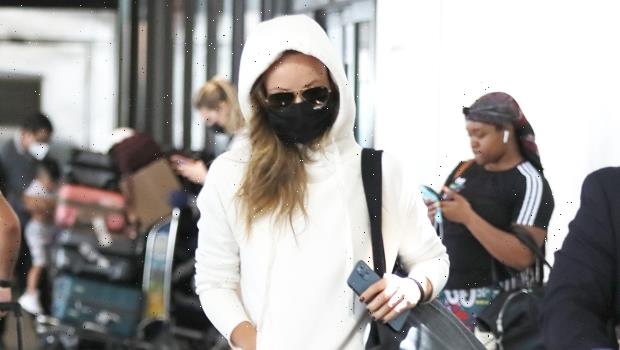 Olivia Wilde is back in Los Angeles after her Italian getaway with boyfriend Harry Styles — and she wore the ultimate incognito airport outfit.

Olivia Wilde has touched down in Los Angeles after her Italian getaway with Harry Styles. The filmmaker, 37, landed at LAX airport on Monday, July 19 in classic incognito airport attire: a white hoodie, ripped jeans, an oversized black tote bag, sneakers, aviator sunglasses, and, of course, a face mask. 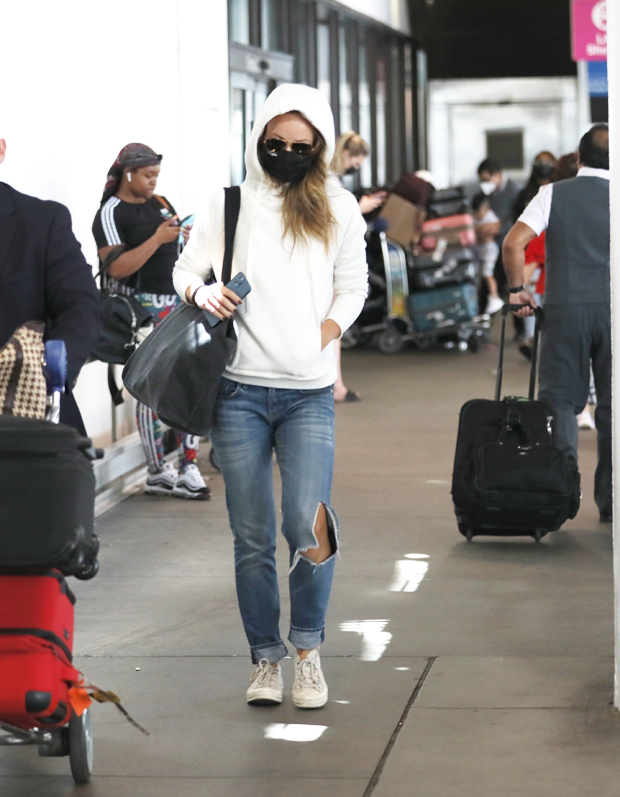 The Booksmart director’s arrival comes about a week after she spent some time in Italy with her musician boyfriend, 27. The two were photographed aboard a yacht on Isola del Giglio off the coast of Tuscany in early July, sunbathing and sharing some vacation kisses.

The couple met on set of Olivia’s upcoming psychological thriller film Don’t Worry Darling last year, which also includes an all-star cast of Florence Pugh, Chris Pine, Kiki Layne, and Gemma Chan. A few months after news broke that Olivia and longtime partner and fiancé Jason Sudeikis split in November 2020, Olivia and Harry were spotted holding hands at a wedding together in January.

A source previously told People that Olivia and Jason’s split was amicable. “It’s been amicable and they’ve transitioned into a great co-parenting routine,” a source told the outlet. “The children are the priority and the heart of the family’s relationship.” The couple of nearly a decade share children Otis, 7, and Daisy, 4, together. The Ted Lasso actor, 45, has since begun dating English model Keeley Hazell. 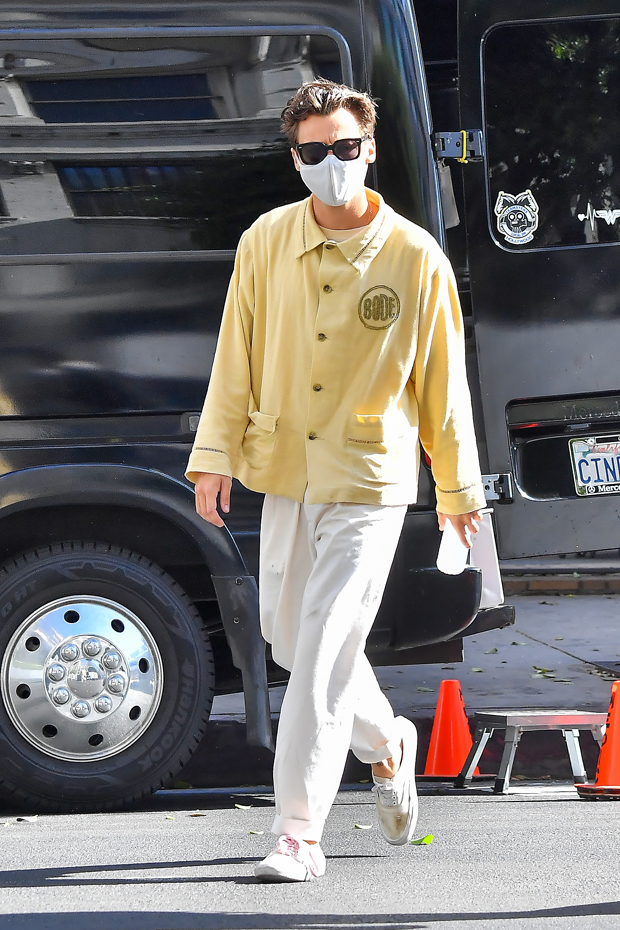 In an interview with GQ last week for the magazine’s August 2021 issue, Jason revealed that he’s still in the midst of processing the split. “I’ll have a better understanding of why in a year and an even better one in two, and an even greater one in five, and it’ll go from being, you know a book of my life to becoming a chapter to a paragraph to a line to a word to a doodle,” the Golden Globe winner said.

Adding that all things serve as lessons in the grand scheme of things, Jason continued, “That’s an experience that you either learn from or make excuses about.” He continued, “You take some responsibility for it, hold yourself accountable for what you do, but then also endeavor to learn something beyond the obvious from it.”