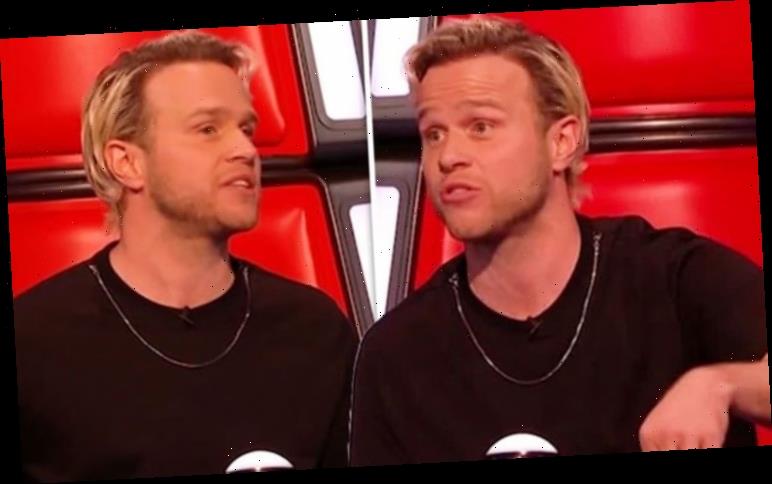 Olly Murs, who joined The Voice in 2018 and has been a winning coach twice, sits alongside Sir Tom Jones, Will.i.am as well as Anne-Marie, and the singer certainly stands out this year. The former X Factor star has debuted a dramatic hair transformation with a new beach blonde hairstyle, catching the eye of one avid-watcher who never fancied him until now.

Olly took the opportunity to respond to the viewer seemingly delighted he had won them over.

The person in question wrote: “Have to say I’m loving @ollymurs latest hairdo.

“I didn’t see what people saw in him previously – but I do know #doesthatmakemefickle #teamolly.”

Olly was quick to respond to the message as he thanked his new fan. 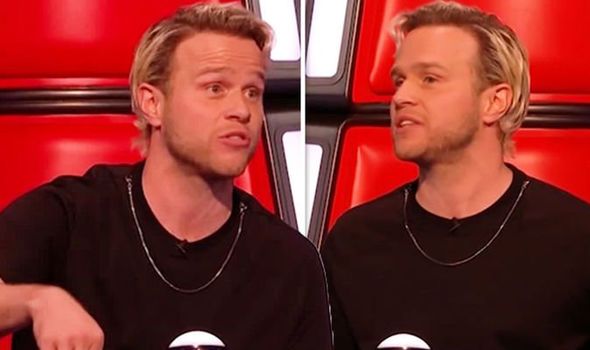 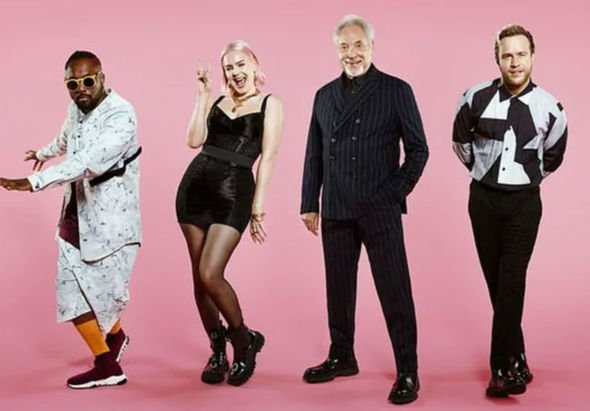 “Glad ya digging the Boris look,” he replied, in view of his 7.1 million followers.

However, not everyone has been blown away with Olly’s long tresses, which he claimed are similar to Boris Johnson’s locks.

Another viewer compared his mop to a dog, calling The Voice coach a “blonde gone wrong”.

They wrote: “@ollymurs what are you doing with this hair. My missus says you remind her of her friend’s dog #identical #blondegonewrong.” 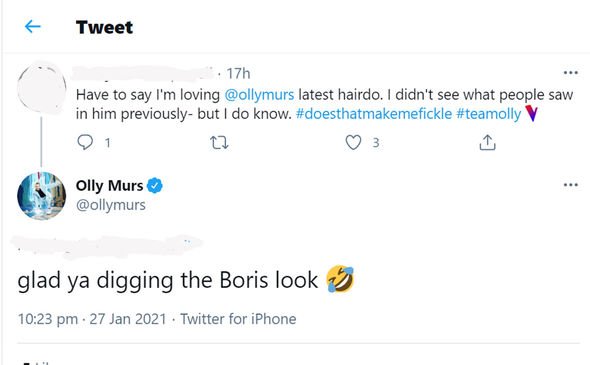 Olly cheekily wrote back: “Please tell me the dog is called Boris.”

While a third social media user chimed: “The last time I saw highlights in a man’s hair like that was probably mid to late eighties @ollymurs.”

It comes after Olly was brought to tears during last week’s episode of The Voice UK. 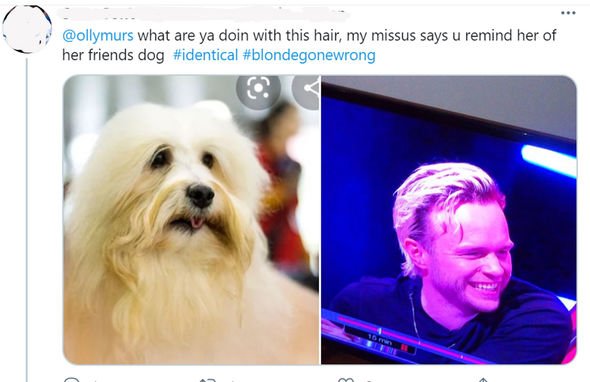 His emotions got the better of him after a singer from his hometown of Essex bowled him over with her powerful performance.

Grace Holden left both Olly and the audience in awe after an emotional rendition of Wherever You Will Go in her blind audition.

The 18-year-old from Thurrock – which she described as being like the village from The Vicar of Dibley – spoke about her mother’s tragic death from cancer five years ago.

“My mum encouraged me to sing anywhere she could and it gave me that confidence,” she said.

Rewatching the audition, Olly found himself welling up once again.

On Instagram, he posted a picture of Grace with the caption: “This girl. Your mum would be so proud watching you up there tonight.

The Voice UK airs Saturday on ITV at 8.30pm.