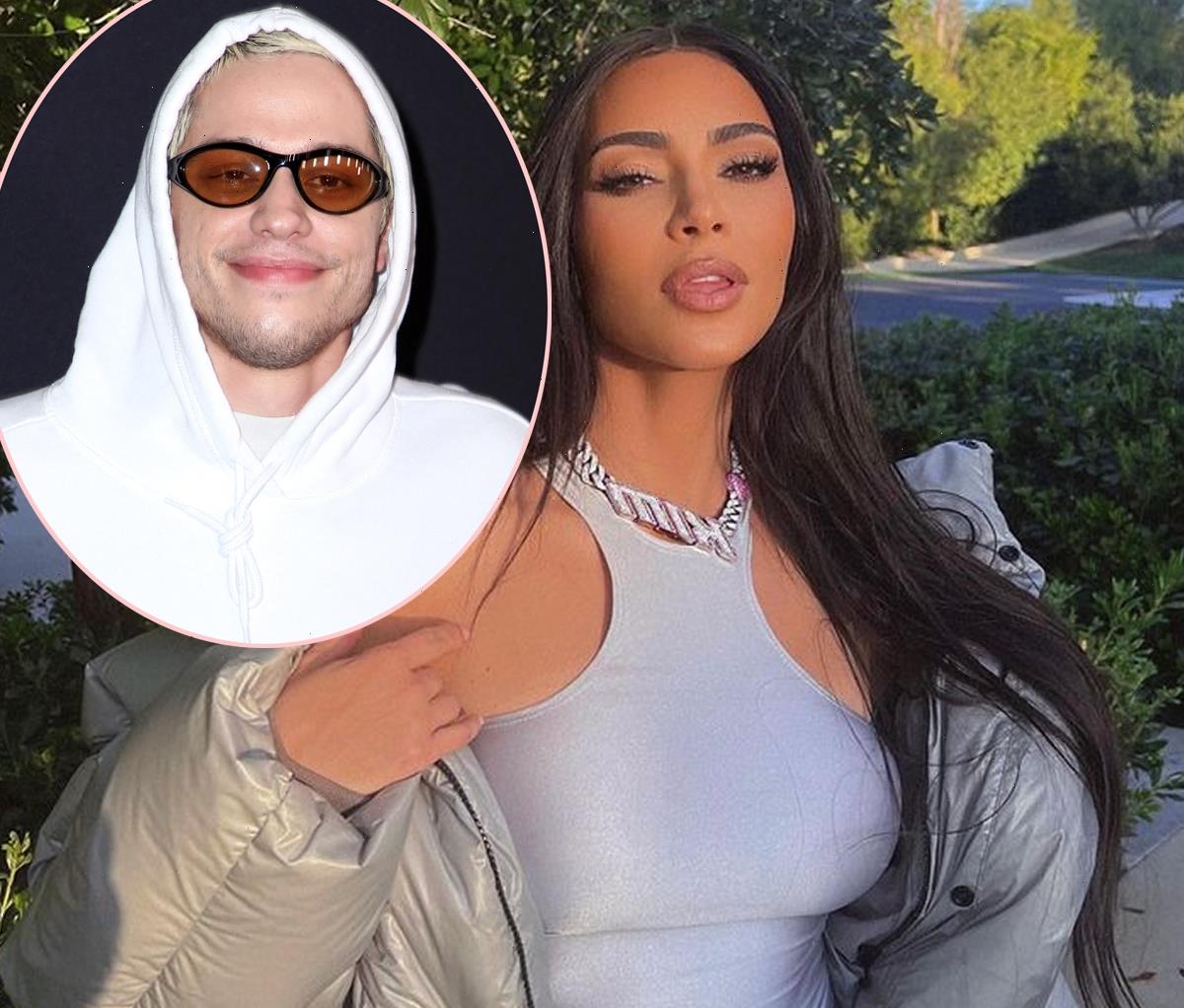 Could Kim Kardashian and Pete Davidson be giving their relationship another shot?!!

According to The Sun on Friday, the 42-year-old reality star and the 28-year-old comedian “shared a secret sleepover in her New York City hotel room” just two months after their breakup. A source revealed to the outlet that after Kim returned from Paris Fashion Week, she made a trip to the Big Apple to see Pete while he was filming Bupkis:

“Pete visited Kim at her room and the next day Kim was seen sneaking out a back entrance of the hotel in a disguise and hopped in a waiting Escalade to visit Pete on Staten Island.”

As you most likely recall, Pete and Kim had a whirlwind nine-month romance before calling it quits in August. When the news broke two months ago, it was reported that the pair had ended things due to their busy schedules and the long distance, as he was filming the new movie Wizards! in Australia at the time:

“They have a lot of love and respect for each other, but found that the long distance and their demanding schedules made it really difficult to maintain a relationship.”

However, several reports soon came out claiming Kim had been the one to initiate the breakup with the Saturday Night Live alum for multiple reasons, with one source telling Entertainment Tonight she wasn’t “ready for something serious”:

“She initially thought it would be a fun fling, but then it got more serious when they were spending so much time together. Kim wasn’t feeling like she was willing to settle down with him just yet.”

We can’t blame her — especially since the Meet Cute star wasn’t shy about getting tattoos in honor of Kimmy Kakes and her kids throughout their nine-month relationship! Talk about moving at warp speed! Nevertheless, it sounds like the breakup was pretty amicable! In fact, the Keeping Up With The Kardashians alum had nothing but kinds things to say about Pete while talking with Interview Magazine last month, even calling him “a cutie.” And that’s not all! She also gushed to the publication:

“He’s literally such a good person, they don’t really make them like him anymore. I’m excited for what he has coming up.”

Beyond the glowing compliments, The Sun noted that the two have remained friendly and even texted each other in recent weeks. Perhaps, Pete reached out amid Kanye West‘s ongoing controversies and comments about Kim, considering they both dealt with his constant attacks on social media while together. It wouldn’t surprise us if Pete reached out if it’s true the duo ended things amicably!

What do YOU think, Perezcious readers? Do you believe Kete is reconciling, or is this nothing more than just a one-time hook-up between exes? There’s definitely nothing wrong with just having some casual fun! Sound OFF in the comments!