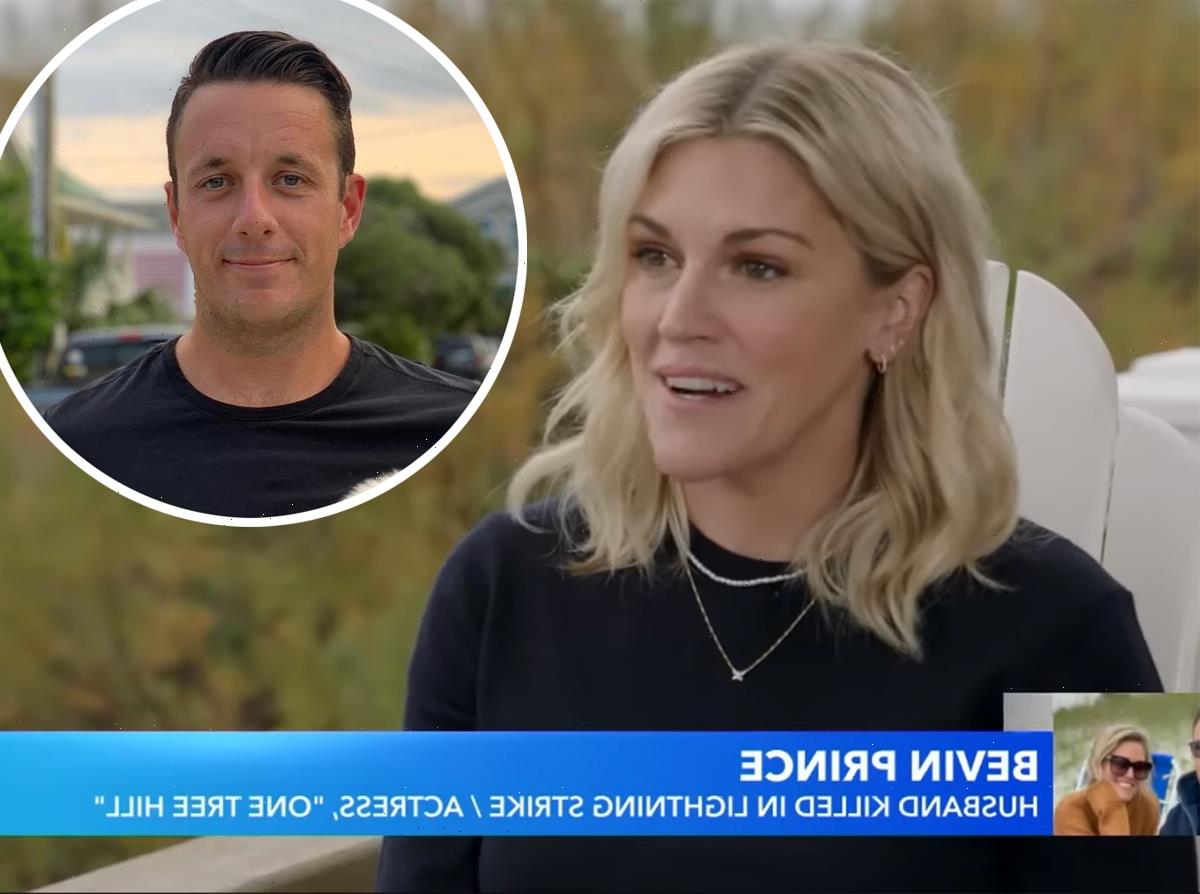 Bevin Prince is looking back at her late husband’s chilling final moments.

As you may recall, William Friend died at 33 over the July 4 weekend after getting struck by lightning in North Carolina. At the time, WECT6 News reported police found the One Tree Hill alum’s partner on a boat around Masonboro Island, and EMTs tried to resuscitate him for 20 minutes. Sadly, they were unsuccessful, and he was pronounced dead. Five months later, Bevin broke her silence on the tragedy. While on the 1 on 1 With Jon Evans podcast, she revealed:

“It’s an absolute living nightmare. It was like any other day that we’d done a million times. The storm was far away, we’re on the boat, everything’s fine. And then in an instant, everything has changed. There’s no normal, and there’s no playbook for it. … In my mind, there was absolutely nothing that could have been done. And I have to accept that this is larger than me and my understanding at this time.”

Now, the 40-year-old actress is opening up some more about that harrowing day in her first television interview since William’s death. On Friday, Bevin shared with Good Morning America that the couple had been boating with their family and friends near their home in Wrightsville Beach when they saw a “storm in the distance.” She continued:

“But we’d been there so many times, and there was no urgency for anyone to get off the water at that time. We were watching it. We were gauging it.”

The fitness instructor then remembered an eerie comment William made to her father in the moment, saying:

“Right before it hit him, he lit a cigar, and he looked at my father, and he said, ‘If we get struck by lightning, Mike, this is where I wanna be.’”

Next thing everyone knew, the lightning struck him. Awful. Given what happened moments before the incident, Bevin told the outlet she believes “it was really his time,” and there was some “divinity” in his death, explaining:

“He was 33 years old. It was July 3, and I believe the exact time that the lightning struck was 3:13 p.m. So knowing that all the resources were there to potentially save him, I have to believe that something bigger beyond me was calling him.”

The Recess co-founder then shared she experienced an outpouring of support from her friends and former co-stars – Hilarie Burton and Lee Norris – since William’s death:

And as she processes this loss, Bevin expressed that she is thankful for the time they were able to spend together:

“I’m just so proud. I’m so proud that I got to do life with him. He was one of the funniest people I’ve ever met in my life, by far. He lit up every single room he came into. You never forgot when you met Will Friend.”

What a terrible freak accident. You can watch Bevin’s entire conversation with GMA below: