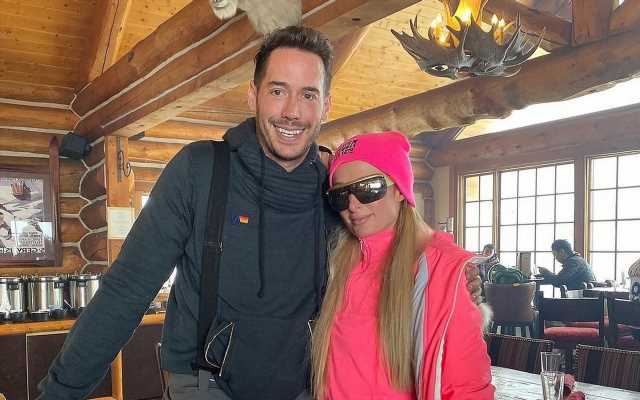 The ‘Paris in Love’ star was originally expected to swap vows with Carter Reum in a church but now the couple are set to marry at her late grandfather Barron Hilton’s estate.

AceShowbiz –Paris Hilton has changed her wedding venue just days before she is due to marry Carter Reum.

The heiress got engaged to the entrepreneur in February (21) and the couple is expected to tie the knot at the Bel-Air estate of her late grandfather, hotelier and philanthropist Barron Hilton, on 11 November after a location switch.

“It’s a three-day event. New email invitations went out (Wednesday) to confirm attendance, but there still aren’t any addresses (listed). They’re going to be filming to death.”

Another insider revealed “everything is being filmed” for the star’s upcoming 13-part Peacock docuseries, “Paris in Love“.

The show is due to start streaming on the happy couple’s big day.

Last month, Paris burst into tears after being asked if she was “getting cold feet” about marrying Carter in a trailer for the series.

He said, “This is your last chance to pull the plug on me.”

Her sister Nicky Hilton Rothschild then asked, “Are you, like, getting cold feet?”

Speaking to her younger sibling and her mother Kathy Hilton, Paris admitted, “I want to grow up, but I want to make sure I make the right choice.”

She then broke down in tears and said, “I just don’t want to be alone forever.”

Paris put off setting a wedding date as she admitted she “still has healing” to do with regard to her parents. <

She confessed, “I feel like I’ve lived my whole life for other people.”

Carter’s romantic proposal is also shown and, in an interview, he admitted, “As you can imagine, marrying Paris Hilton is quite different than what I expected.”

But Paris’ wedding jitters are a thing of the past as the loved-up pair prepare for a “three-day” wedding.