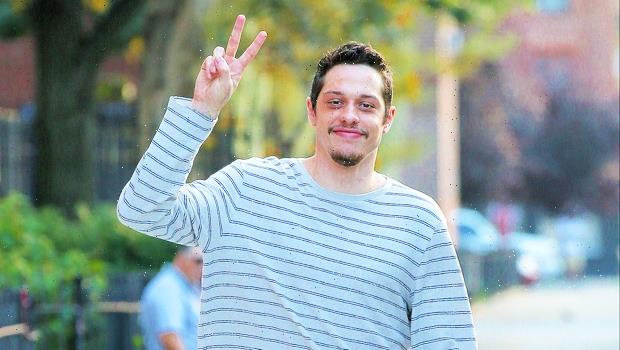 Pete Davidson had a perfect view of the ice hockey action between the L.A. Kings and the Nashville Predators. He attended the game with a few friends.

Pete Davidson, 28, enjoyed some much-needed guy time with a few pals following his vacation with girlfriend Kim Kardashian, 41. The Saturday Night Live star and his fellow bros attended the Los Angeles Kings game against the Nashville Predators in L.A. on Thursday, January 6. Footage of Pete at the game was shared to Twitter, and can be seen below.

In the clip, the Staten Island native and his friends were seated right behind one of the nets while all decked out in matching Kings jerseys. Pete added to his look with black sunglasses and a black hat that says “Zen” in large white letters. He appeared to be having a blast at the game, based on all the laughing and chatting he did with his pals in the footage.

However, Pete may not have left the game as pleased as he was during it. The Kings ultimately lost to the Predators, 4-2. Although Pete isn’t from Los Angeles, he has been spending time there amidst his romance with Kim. The A-list duo arrived back in the City of Angels on Wednesday, the day before the hockey game, via private jet after spending a few days together in The Bahamas. It was the first official vacation for Hollywood’s favorite new couple! 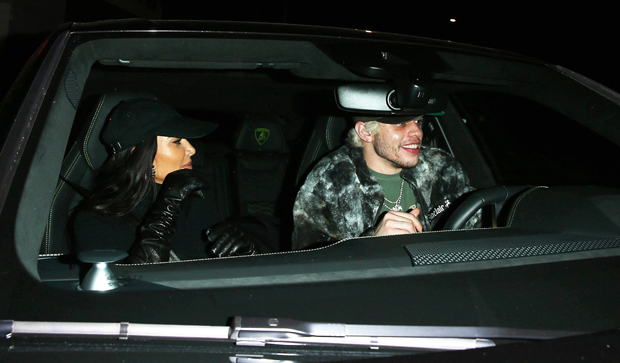 Kim and Pete first connected in October, when she hosted SNL. They had a few follow-up dates, including when Kim ventured to Staten Island to grab dinner and catch a movie with Pete. Kim and Pete seemingly did not spend New Year’s Eve together, since the comedian was in Miami hosting a special with Miley Cyrus. However, the pair reconnected afterwards in time for their sunny getaway to the Bahamas.

Since the romance began, Pete has met Kim’s four children, whom she shares with ex Kanye West. “Pete met Kim’s kids and she introduced him to them as ‘mommy’s friend,’ ” a well-connected Kardashian family insider previously told HollywoodLife. “Kim thought that it was really cute how he interacted with them and that he tried to make her kids laugh and smile just as he does everyone he meets!”