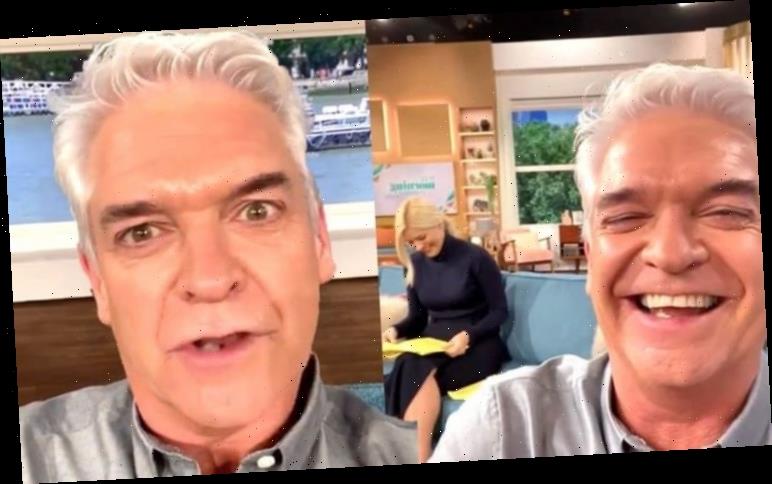 Phillip Schofield, 58, and Holly Willoughby, 39, found themselves suffering from an unfortunate, but hilarious, blunder today when they began speaking to one of their interviewees for a segment on This Morning. The ITV presenters were in stitches after they realised where they went wrong behind-the-scenes.

In view of his 3.2 million Instagram followers, Phillip began by sharing a video of Holly sat on the couch apologising to her crew members while he was in fits of laughter.

Phillip captioned the post with the word “oops” as fans could hear Holly saying: “Oh my god, I’m so sorry. I’m so sorry. Don’t worry. I’m all over Loch Ness.”

The presenter continued to laugh with his co-host before telling his followers: “I’m going to explain in another video what we’ve just done…” 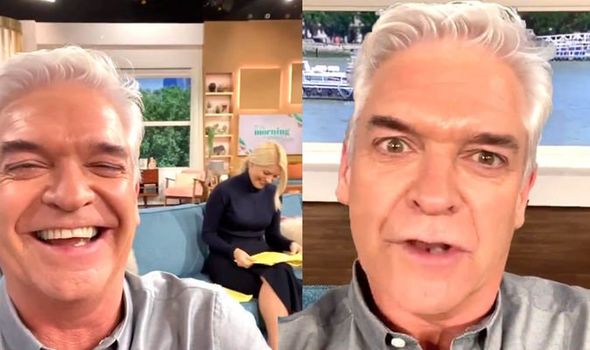 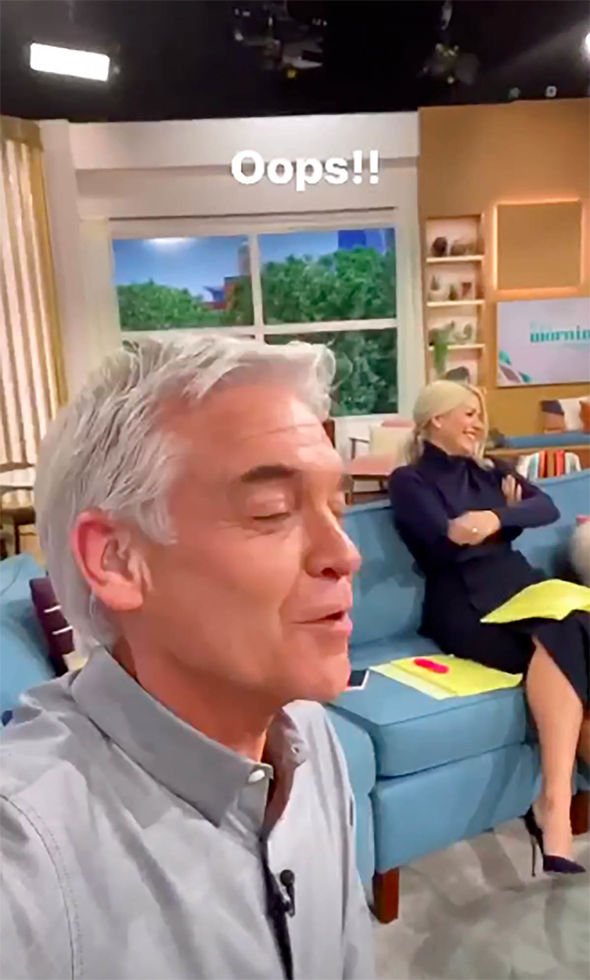 In the following video, Phillip revealed: “We have just spent five minutes talking to a man about scallops.”

Struggling to get his words out, he continued: “He’s had such a fascinating life getting scallops from the Isle of Mull, he said, ‘Well, oh I don’t know much about this.’”

Phillip then turned his camera around with Holly in view as he said: “Holly and I thought, this is a little bit strange he doesn’t know about scallops.

“He’s actually the wrong interviewee. We’re talking to him about the Loch Ness monster,” before the stars burst into more fits of laughter. 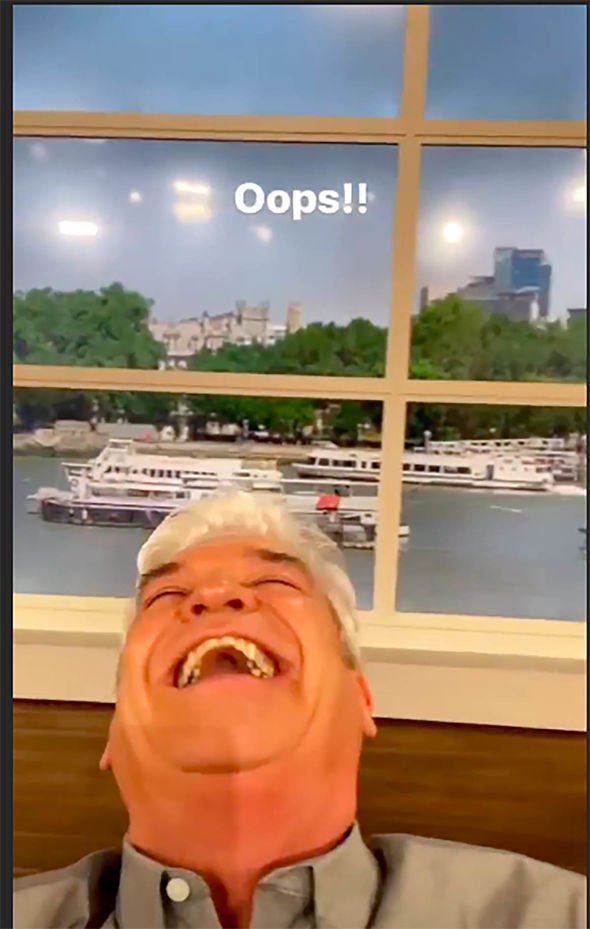 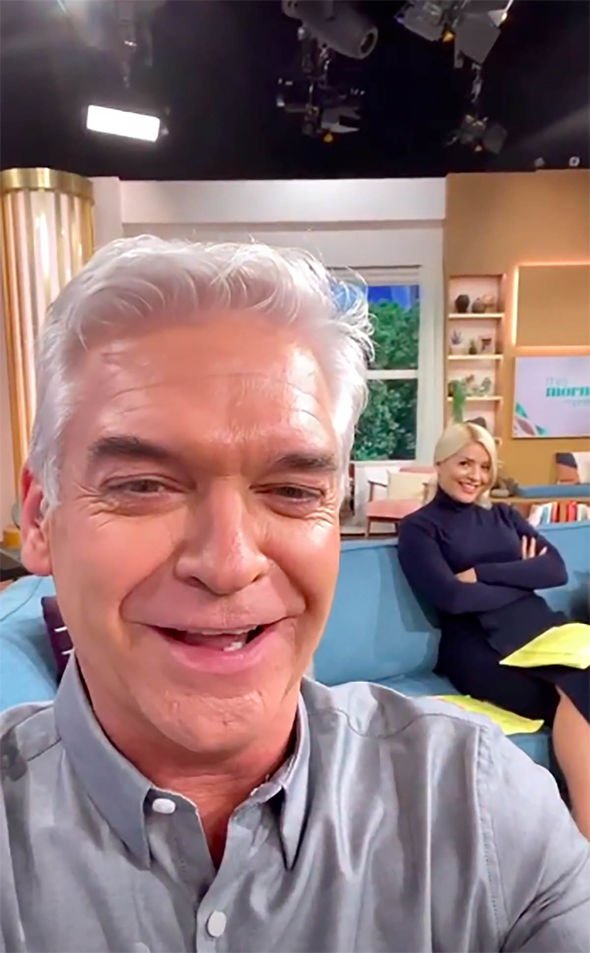 Phillip went on to mimic his initial reaction by asking: “‘Why doesn’t this man know anything about scallops?'”

While the pair were in hysterics, Holly bent over as she struggled to keep a straight face on camera.

Holly and Phil have now presented the ITV show together for 11 years.

It comes after Phillip shared a hilarious video on his social media after a sex doll was wheeled out of the ITV studios last week.

After the topic of sex in isolation during the coronavirus pandemic was discussed on the show, Phillip decided to share a video of the sex doll, Bella, being taken away by their filming crew wearing protective equipment.

Speaking on his Instagram story as the doll left ITV, he said: “Thanks Bella, thanks for coming in, see you! Have a lovely day.

“Have a lovely day. Bye now, her shoes have fallen off! Round she goes there. Thanks, Bella.

“Uh that’s how we treat all our guests, carry them out after the interview,” he said, before giggling.

The clip came after Holly and Phil discussed the impact COVID-19 has had on the sex industry.

Before speaking to sex doll manufacturer Jade Stanley, Holly was joined by one of the human-like products on the sofa.

While showing evident discomfort, the mum-of-two shared: “Can I just say, and I won’t say who it was, but a member of the crew came into the studio and thought it was me sat on the sofa.

“Had a quick look when the lights weren’t fully up. Shocking – wasn’t I shocked this morning?” she asked Phil.

Phil responded: “You were shocked, because they said, ‘God, did you have a rough night out last night?'”