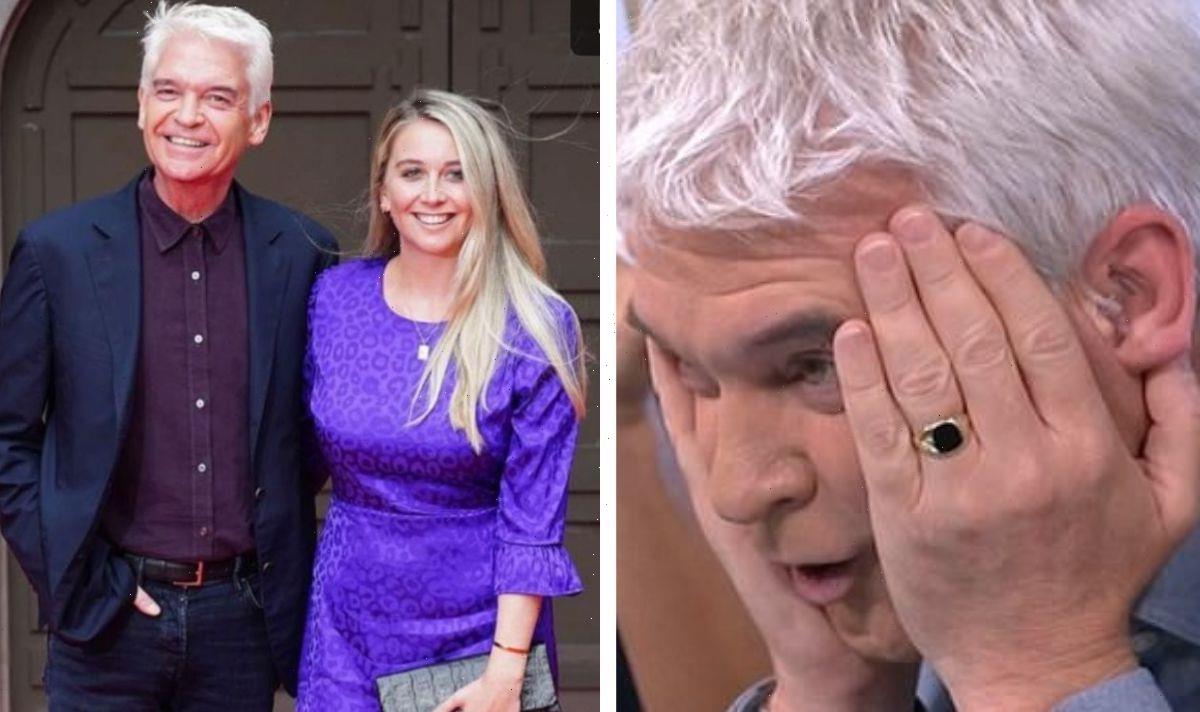 Phillip Schofield, 60, was attending the premiere of HBO show House of The Dragon with daughter Molly, 28, when he spotted that in their red carpet snap together, his thumb was pointing at a certain part of his anatomy. Immediately realising his awkward mistake, he took to Instagram to groan: “After nearly 200 years in showbiz, you’d think I’d know what to do with my fecking thumb!”

He left fans in no uncertainty about how he felt by posting an emoji of himself with a hand covering his face in embarrassment and another one of himself crying with laughter.

However, in spite of the pose, he enjoyed the premiere, adding: “Ep 1 of the @houseofthedragonhbo is epic!”

For anyone wondering about Molly’s potential embarrassment over the pic, Phillip previously confirmed that he doesn’t post a single photo on Instagram without her prior approval.

Molly manages him in her role as Assistant Talent Manager at the YMU Group, which also takes care of other high profile clients including Emma Willis and Phillip’s This Morning co-star Holly Willoughby. 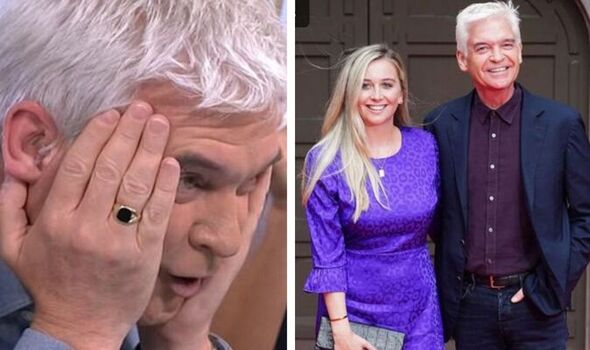 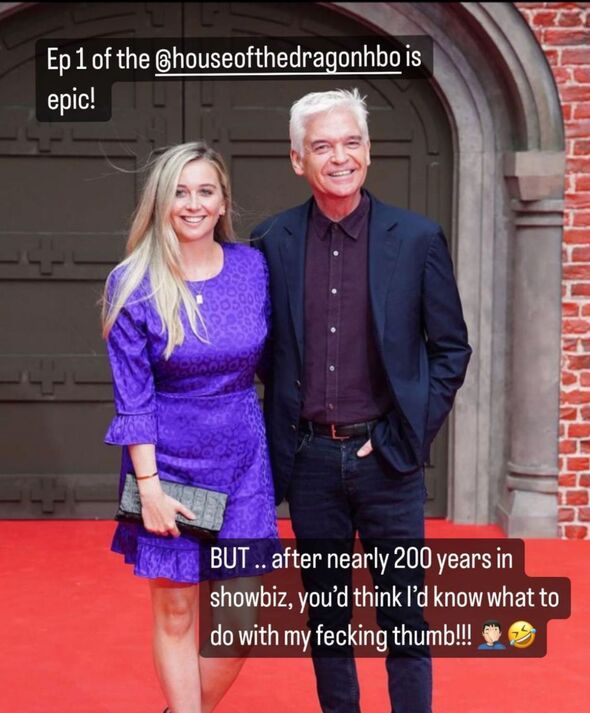 “I don’t post anything without [both my daughters’] say-so. I check with them: ‘Is this okay?'” he previously admitted to Hello! magazine.

“They’re fine with it. My eldest daughter is my manager so she’s well across it all,” she added.

It seemed that the candid admission about his wrongly placed thumb must have had the seal of approval from both Molly and Phillip’s younger daughter, Ruby too.

Ruby is less involved in the world of showbiz, having taken on an internship with ITV following a psychology degree at university, but ultimately deciding not to pursue a television career at this time. 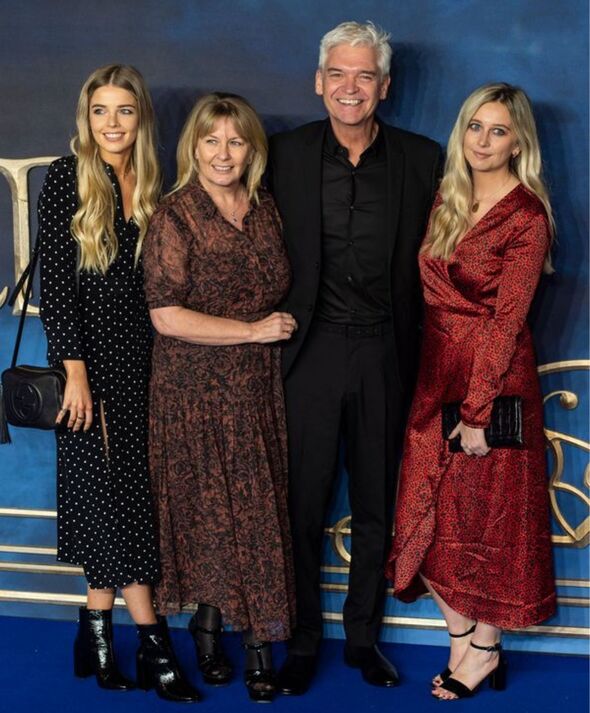 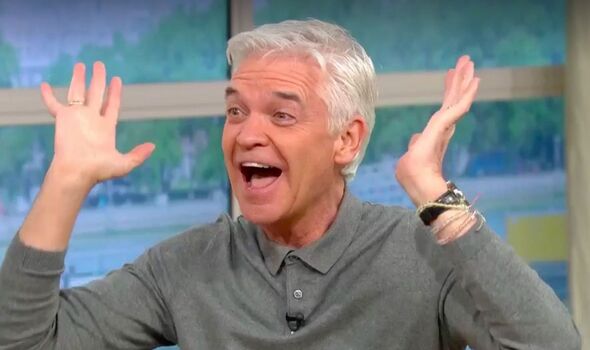 Meanwhile, Phillip was proud when she summoned up the strength to hike Machu Picchu in Peru.

Despite battling extreme altitude, she was able to raise £15,000 for Teenage Cancer Trust as a direct result of the trek.

Phillip and his two daughters, who he shares with wife Stephanie, have a close relationship, with both showering him with support when he came out as gay back in 2020.

Phillip previously sobbed with gratitude as he recalled how the pair had told him: “It’s okay, we’ll always be a family.”

His mother was totally unfazed when he revealed his sexuality to her, apparently simply saying: “Oh okay, well I don’t care!”

However, their support has meant an enormous amount to Phillip over recent years.

In an impassioned statement on Instagram discussing his decision to come out, he wrote: “You never know what’s going on in someone’s seemingly perfect life, what issues they are struggling with, or the state of their wellbeing – and so you won’t know what’s been consuming me for the last few years.

“With the strength and support of my wife and my daughters, I have been coming to terms with the fact that I am gay.

“This is something that has caused many heart-breaking conversations at home..

“I have been married to Steph for nearly 27 years, and we have two beautiful grown-up daughters, Molly and Ruby.

“My family have held me so close: they have tried to cheer me up, to smother me with kindness and love, despite their own confusion.”