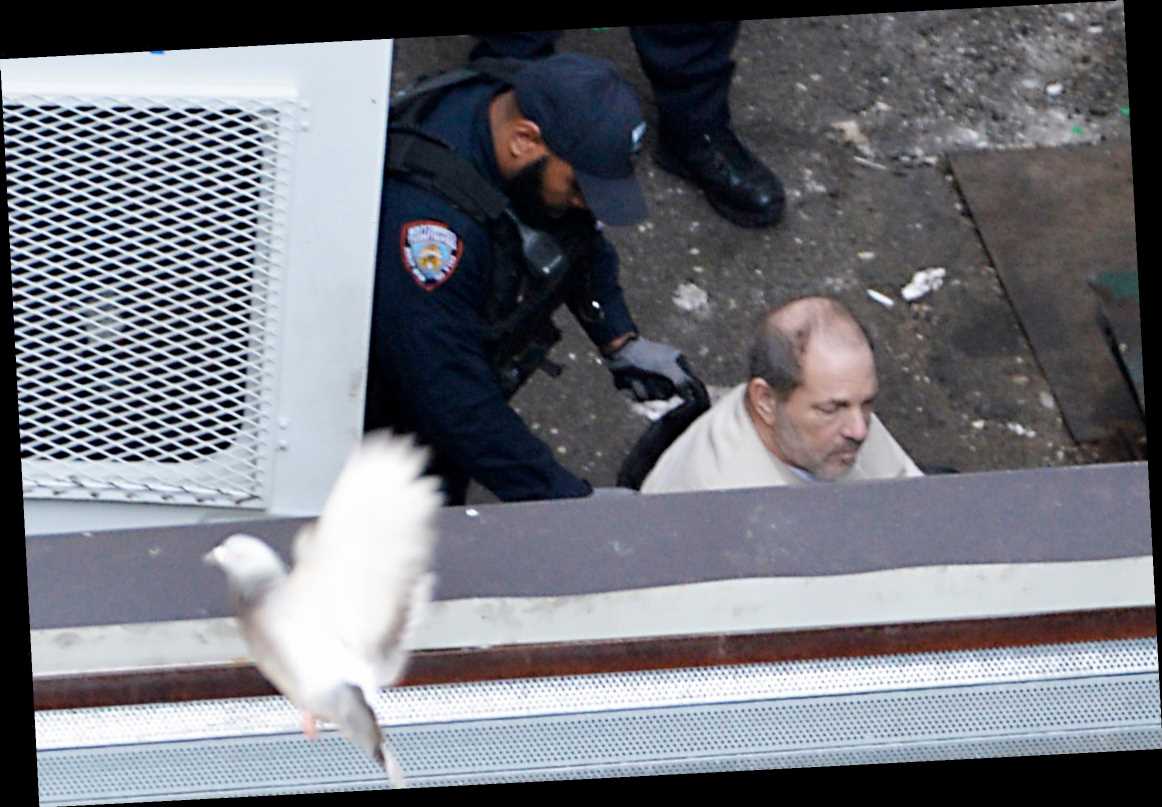 The first moments of the fallen Hollywood titan’s new grim reality was captured by The Post in an exclusive photo shortly after Weinstein was hit Wednesday with a 23-year prison sentence for rape and sex assault.

In the photo, taken outside of Manhattan Supreme Court where Weinstein was sentenced, the disgraced movie mogul appears solemn as he is pushed in a wheelchair by a court officer before being transferred back to Rikers Island.

Weinstein was pictured out of the navy blue suit he was wearing during his sentencing and in an apparent jail uniform.

Before Justice James Burke handed down the lengthy sentence, Weinstein was wheeled into the packed courtroom in handcuffs.

He was remanded into custody following his Feb. 24 conviction.

The disgraced movie mogul will be transferred out of the city’s jail system and to the state prison system “in the near future,” according to the state Department of Corrections and Community Supervision.