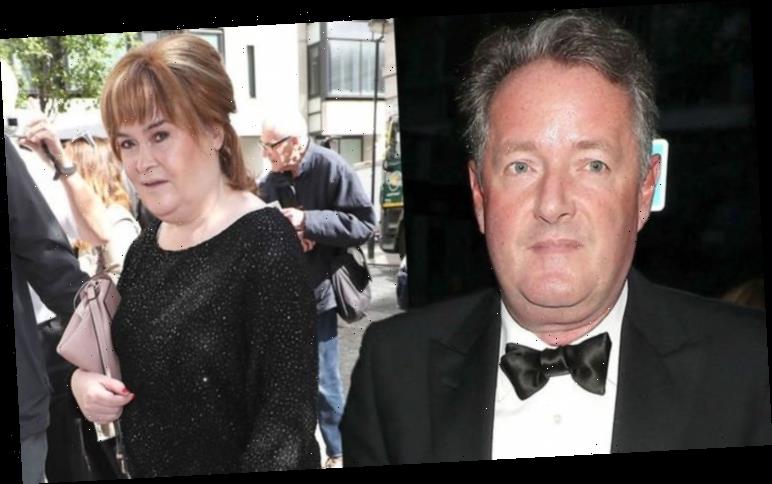 Piers Morgan was named Heat Magazine’s Secret Crush award for the second year running last month. And now the Good Morning Britain host has discussed how his peers reacted after he pulled in two-thirds of all votes cast.

Others tried to puncture my admittedly unctuous smuggery, like Eamonn Holmes

Speaking out in his latest column for Event Magazine, the 54-year-old spoke of his former Britain’s Got Talent colleague, who has a “crush” on him.

He turned on ITV colleague Eamonn Holmes and Jake Wood, but it was Susan Boyle who left things on a “positive note” for him.

He then stated: “Phillip Schofield (13th), Boris Johnson (sixth) and Prince Harry, who capped a miserable year by trailing in second to his wife Meghan [Markle]’s former pub drinking mate.” 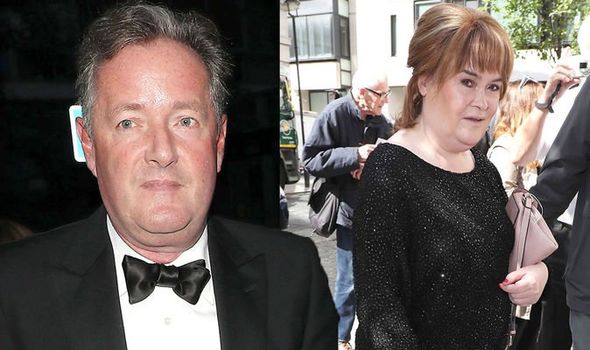 The journalist continued: “Some, like follicly challenged EastEnders star Jake Wood (fifth), who won the trophy four times running until I ate him up like a silvering fox terrorising a baldy hen, took it as badly as I hoped.

“‘Devastated,’ he tweeted, with a crying emoji.”

He went on: “Others tried to puncture my admittedly unctuous smuggery, like Eamonn Holmes (19th).

“[He] won the Pathetic-Straw-Clutcher Award by sniping: ‘Poor Piers, who is going to break it to him that being lower down the list is better because it makes you less of a secret crush and more of a normal one?’”

It was then that Piers turned his attention to Susan, 58, who he first met on the ITV talent show in 2009.

The star added: “On a more positive note, when my old Britain’s Got Talent superfan Susan ‘Piersy Baby!’ Boyle was told I’d won on Loose Women and asked if she still had a crush on me.

“She exclaimed breathlessly: ‘I haven’t got a crush, I’ve got a SMASH!’”

He and the singer met after he took on the role of BGT judge, which he did for four seasons alongside Simon Cowell and Amanda Holden.

Susan and Julian Smith missed out in the final to dance troupe Diversity in series three, with the latter taking home the £100,000 prize.

Meanwhile, it comes just weeks after Susan Boyle spoke out after finding herself dubbed both Subo and the Hairy Angel.

She spoke of her famous monikers in a candid new interview, while revealing the biggest misconception about her.

She was quickly referred to both as Subo and the Hairy Angel by fans after she shot to fame, and they have since stuck despite more than a decade having passed.

When asked what people often get wrong about her, Susan said it was that she doesn’t laugh at herself.

“I have a good sense of humour and a thick skin,” the singer told OK! Magazine.

Susan continued: “I was known as the Hairy Angel after my audition and it didn’t bother me at all.”