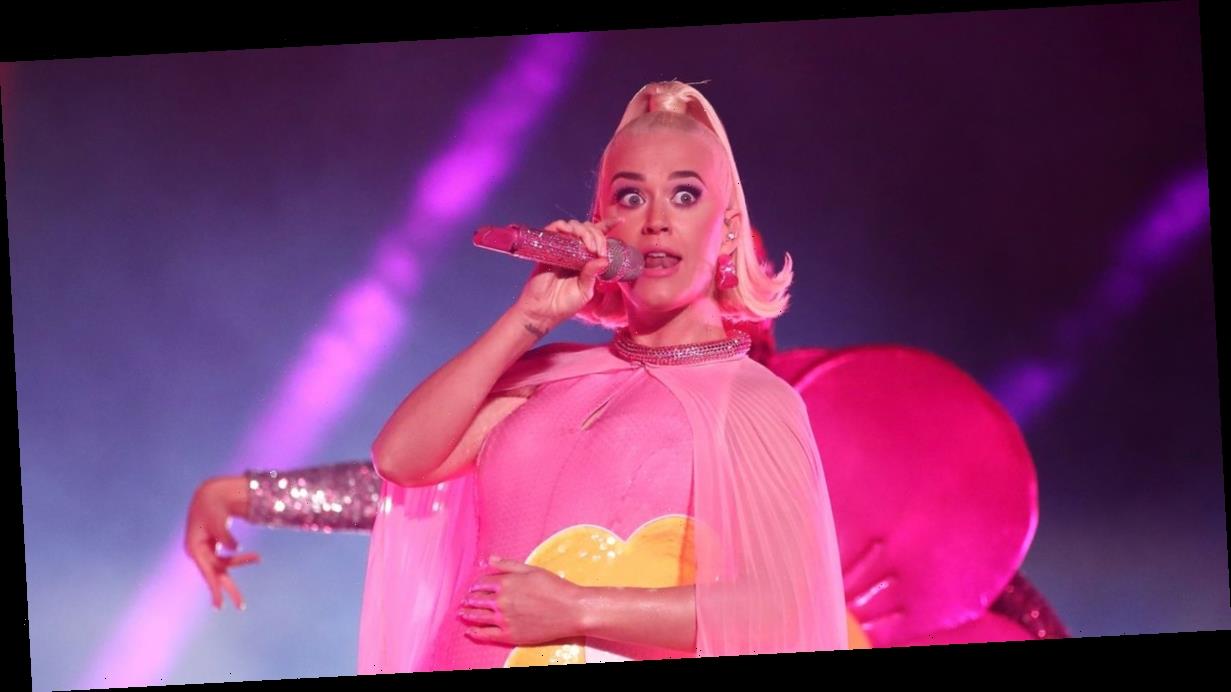 Katy Perry is already set on which gender she wants her firstborn to be.

The Roar hitmaker, 35, who revealed she is expecting with husband-to-be Orlando Bloom earlier this week, shared with fans her preference whilst performing at the closing ceremony for the Women's Cricket World Cup Final in Melbourne, Australia on Sunday.

During a break from her performance she squealed to the crowd: "I hope it's a girl!"

The songstress wowed in a candy floss pink romper decorated with sequins for the performance.

Flaunting her quirky style she brought the drama by wearing a pleated cape over her shoulders that billowed in the wind as she stormed the stage.

Glamorous Katy completed her stage look with her platinum blonde hair styled in a half-up do and wowed with a face of glowing make-up.

During the show she cradled and rubbed her blossoming bump as she belted out her well-known hits.

Excited Orlando took to social media on Saturday to pay tribute to Katy as he celebrated her pregnancy reveal.

The star shared his happiness by posting a photograph of his pregnant fiancée on Instagram over the weekend alongside a sweet message.

“My babies blooming” he wrote as he shared a photo of Katy proudly displaying her baby bump in a tight dress – while adding a red heart emoji to the post.

The actor is yet to open up on whether he would prefer to welcome a girl or boy.

The new arrival will be Orlando's second child as he is father to nine-year-old son named Flynn from his previous marriage to Australian model Miranda Kerr, 36, whom he was married to between 2010 and 2013.

The news comes little more than a year after Katy and Orlando got engaged on Valentine's Day in 2019.