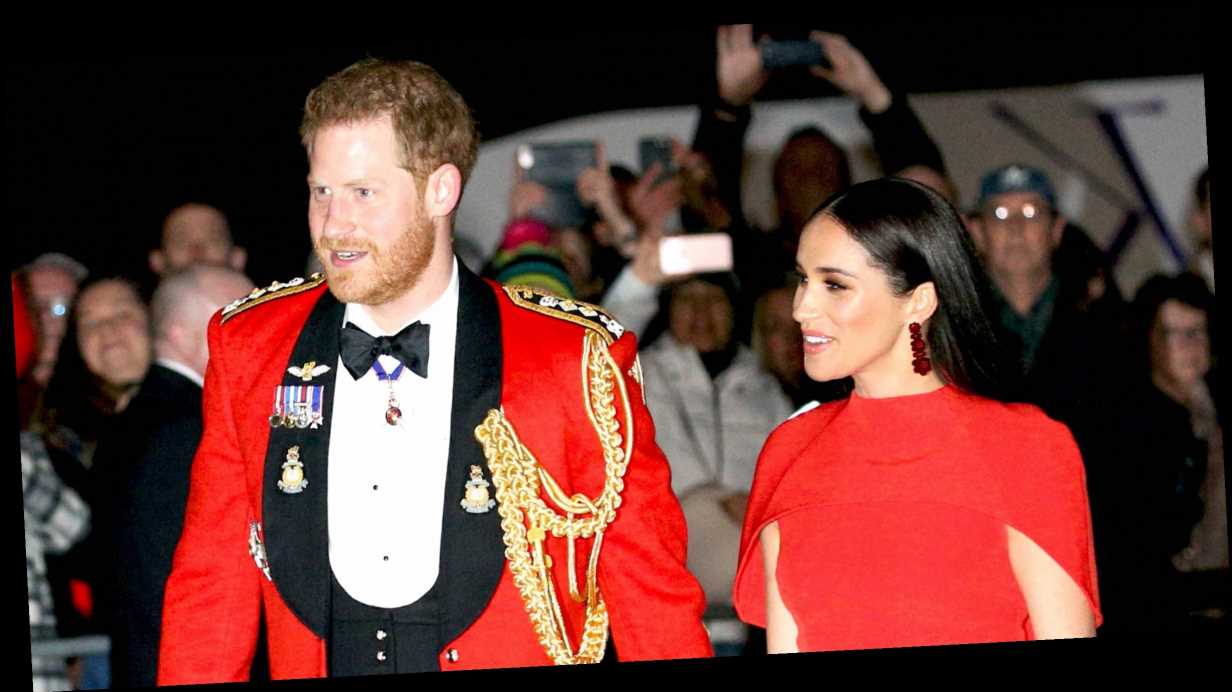 Prince Harry and Meghan Markle smiled as they held hands in color-coordinated red outfits at the Mountbatten Festival of Music in London on Saturday, March 7.

The Duchess of Sussex, 38, stunned in a floor-length red Kalika gown by Safiyaa that featured a raised collar and shoulder cape that she paired with ruby-red Simone Rocha drop earrings, matching Aquazzura heels and a Manolo Blahnik clutch. She wore her long hair down and tucked behind her ears.

Meanwhile Harry, 35, who is the Captain General of the Royal Marines, wore his Royal Navy uniform, accented with gold braid and his military medals.

The couple’s outing at the Royal Albert Hall in London comes amid their return to the U.K. to complete their royal duties before they step back at the end of March.

It was the second joint appearance this week for the pair, who attended the Endeavor Fund Awards together on Thursday, March 5.

Claire Spence, who attended the ceremony, told Hello! magazine that Meghan gave her an update on her son, Archie.

“‘He is 10 months now and is into everything,’” Spence recalled the Suits alum telling her at the event.

Meghan returned to the U.K. earlier this week for the first time since the couple relocated to Vancouver, Canada, in January after spending a six-week break in the country over Christmas.

Prince Harry and his wife announced at the beginning of January that they were stepping back from their roles as senior royals and planned to split their time between the U.K. and North America and become financially independent. A source told Us Weekly last month that the couple are enjoying their new lives away from the spotlight.

“Harry and Meghan escaped the chaos back home and are genuinely happy,” the insider said. “They’re really enjoying Canada; it’s a completely different world from what they’re used to in London.”

The royals are set to reunite with Harry’s brother, Prince William, and wife Duchess Kate on Monday, March 9, where they will attend the Commonwealth Service at London’s Westminster Abbey alongside Queen Elizabeth II, the siblings’ father, Prince Charles, and his wife, Duchess Camilla. It is expected to be the last official royal engagement for Meghan and Harry.

Scroll down to see pics of Meghan and Harry’s PDA in matching red.