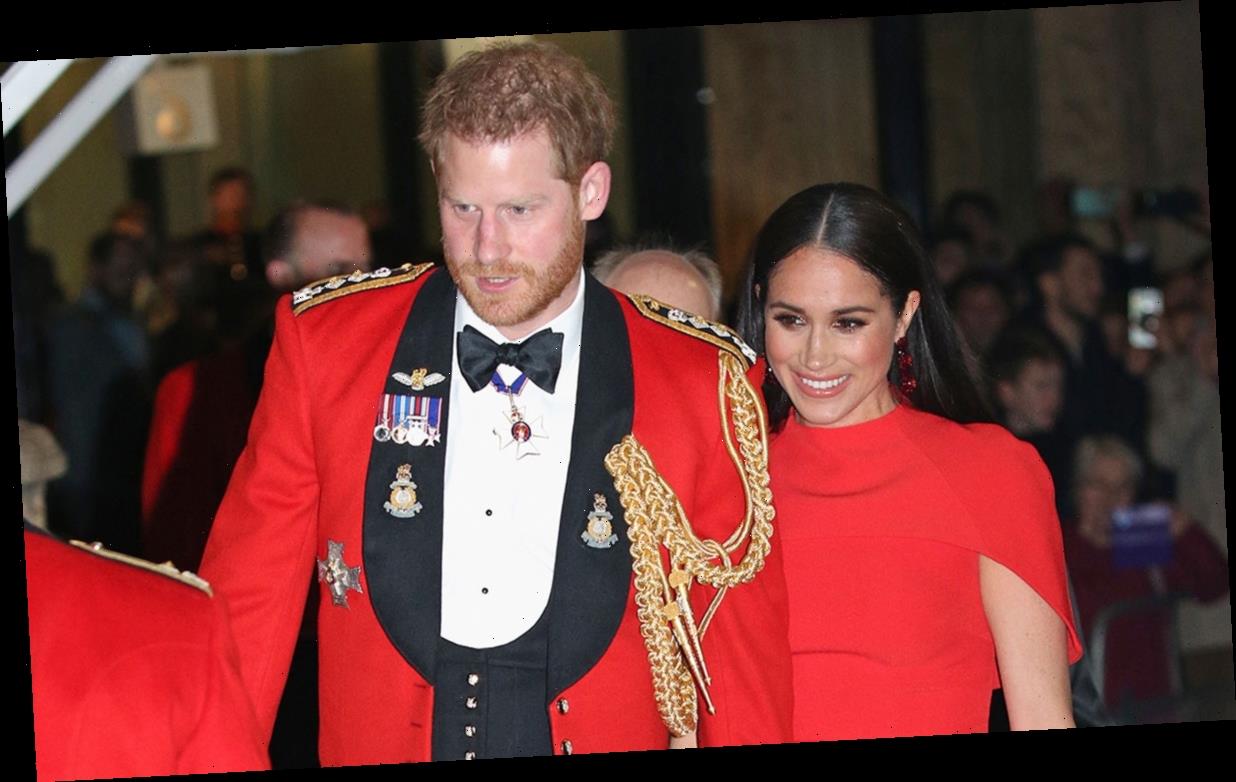 The Duke and Duchess of Sussex were out in force on Saturday night when they attended the Mountbatten Festival of Music at the Royal Albert Hall. Meghan looked stunning in flowing red gown by Safiyaa, with Harry in his Captain General of the Royal Marines uniform.

The festival sees the Royal Marines showcase their incredible musicianship and pageantry and features a wide range of musical styles, including music from the big screen and superb solo items. There will also be traditional marches and overtures that have proved such a hit with audiences over the years, wilth all proceeds going to The Royal Marines Charity and CLIC Sargent.

The Sussexes are carrying out their final engagements before they step back as senior royals on 31 March, and the Duchess will also mark International Women's Day on Sunday.

The Duke and Duchess were in high spirits as they arrived at the Royal Albert Hall.

MORE: 8 times the royals enjoyed a cuddle in the rain

The Duchess was wearing head to toe red, and paired her stunning dress with a satin red clutch by Manolo and glamourous, dangly jewelled Simone Rocha earrings – not to mention a chic pair of red heels by Aquazurra!

The Duchess opted for a blush-coloured lipstick, bronzed cheeks and smoky brown eye shadow for the festival.

Meghan was smiling from ear to ear as she shook hands with guests outside the Royal Albert Hall on Saturday.

MORE: A closer look into the Queen's close bond with Meghan Markle

The Duke of Sussex and Commandant General Royal Marines Major general Charles Stickland chat away as they attend the annual Mountbatten Festival of Music.

The Sussexes held hands as they arrived at the festival.