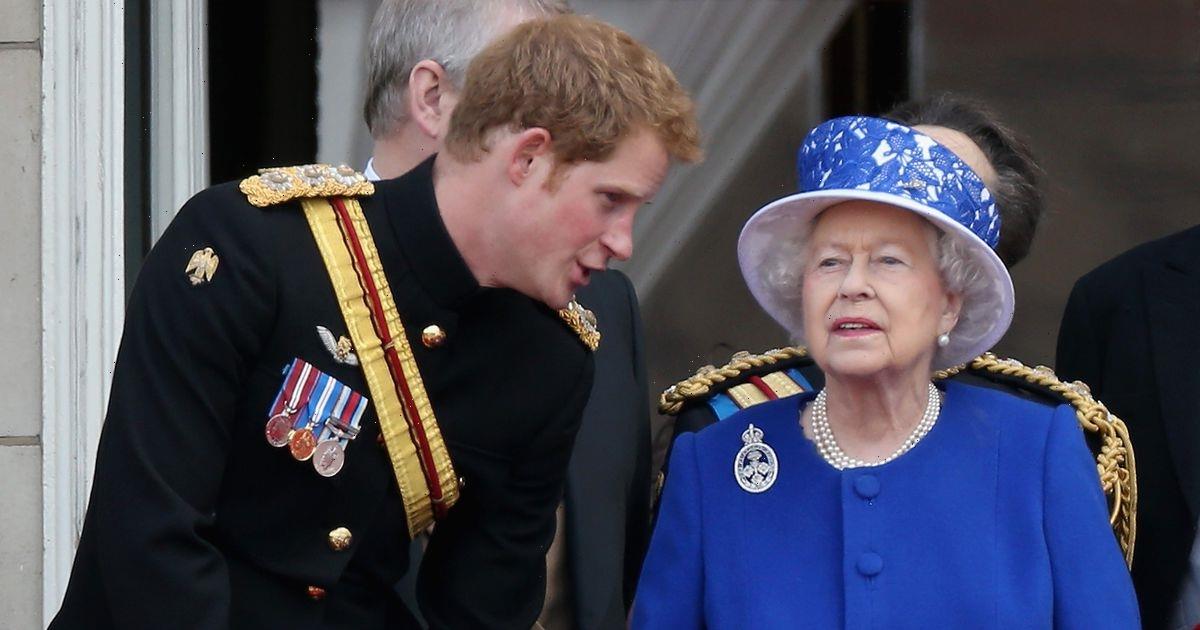 The Queen is to decide whether Prince Harry will be allowed to use his HRH title at Prince Philip’s funeral on Saturday, 17 April, it is reported.

It is thought that Harry may be referred to simply as the ‘Duke of Sussex’ in the funeral order of service, however the final decision is up to the Queen.

Prince Harry and wife Meghan Markle made the decision to step down from royal duties in January 2020 and gave up using their HRH titles.

Prince Harry is also reportedly expected to wear a suit to the funeral rather than wearing his military uniform, after he was stripped of his military titles along with his HRH title in February.

Get exclusive celebrity stories and fabulous photoshoots straight to your inbox with OK's daily newsletter. You can sign up at the top of the page.

Although Prince William could wear his military uniform at the service, it is suggested that he may wear a suit alongside his brother.

Royal expert Richard Fitzwilliams clarified that anything which would "distinguish" the brothers is likely to be avoided.

He told The Sun: "This is obviously very sensitive.

"Anything that distinguished the brothers in that way, which would be so obvious for anyone watching, would probably be avoided.

"The whole thing we do not want is any form of rift.

"I'd suggest it would be handled in such a way as it goes totally smoothly without a hitch, and there are no issues.

"My opinion is that they would do anything possible to make sure that the spotlight in this very, very important day is where it should be, and that's on truly remarkable achievements of someone with superhuman energy who did so much for Queen and country."

Meghan will not be attending the funeral, reportedly because she is too far along in her pregnancy to travel as the couple prepare for their second child, a baby girl, expected to arrive this summer.

Prince Philip's funeral is set to be televised this weekend as the Duke of Edinburgh is laid to rest following his death on Friday, 9 April at Windsor Castle at the age of 99.

Harry posted a touching tribute to Prince Philip on the website of his and Meghan's foundation Archewell on Monday, 12 April.

The 36-year-old wrote on their website: "My grandfather was a man of service, honour and great humour. He was authentically himself, with a seriously sharp wit, and could hold the attention of any room due to his charm – and also because you never know what he might say next.

"He will be remembered as the longest reigning consort to the Monarch, a decorated serviceman, a Prince and a Duke. But to me, like many of you who have lost a loved one or a grandparent over the pain of this past year, he was my grandpa: master of the barbecue, legend of banter, and cheeky right 'til the end."

He continued: "He has been a rock for Her Majesty The Queen with unparalleled devotion, by her side for 73 years of marriage, and while I could go on, I know that right now he would say to all of us, beer in hand, 'Oh do get on with it!'"

The funeral will mark the first time Harry has seen other members of the royal family since his and Meghan's bombshell interview with Oprah Winfrey aired.