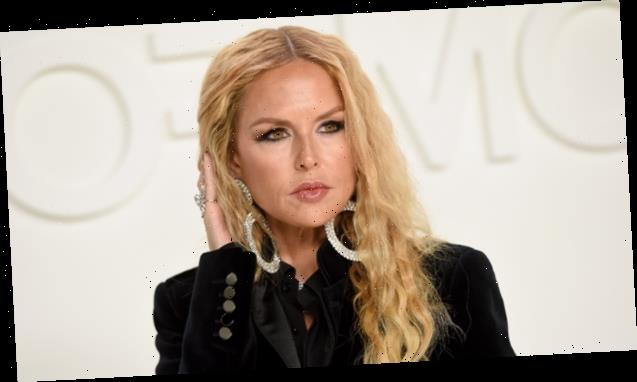 Rachel Zoe’s son Skylar definitely has an angel by his side. After falling 40 feet off a ski lift, Sky showed in a new video how he’s fully mobile, out of the hospital and ‘doing pretty well’ except for a sore neck.

Stylist turned designer Rachel Zoe‘s nine-year-old son Skylar Berman is lucky to be alive and uninjured after a terrifying 40 foot fall from a ski lift chair in Aspen, CO. His life was saved by the efforts of ski patrol members who placed a mat under his chair after he wasn’t on the lift’s seat all the way when it took off up the mountain. Sky taped a video on Dec. 22 that Rachel shared with her 3.4 million Instagram followers and 3.6 million Twitter fans, where the youngster thanked everyone for their well-wishes and gave a spirited update on how he’s doing.

Sky could be seen in his white pajamas, sitting on a sofa with the chairlifts and slopes of Aspen directly behind him through the window. “I am doing pretty well. I can walk, I can run, and I can go upside down,” Sky revealed, tossing over his blanket and doing a partial somersault on the couch. “But besides that, well my neck is a little sore. But I’m doing pretty well. I’m going pretty good. Thanks you guys for looking out for me,” he added with a wave.

Rachel, 52, revealed the details of the terrifying fall that sent Skylar to the hospital in a Dec. 21 Instagram stories post. “Sky fell 40 feet from a ski lift yesterday which could have been easily prevented if the operator had stopped the lift when he saw Sky wasn’t on from the start and [husband Rodger Berman] screaming to stop the lift. Needless to say by a miracle and the Ski Patrol heroes who quickly put a mat under where they thought he would fall ultimately saved his life or from what could have happened,” she revealed. While Skylar was taken to the hospital, he amazingly suffered no broken bones or even minor injuries. 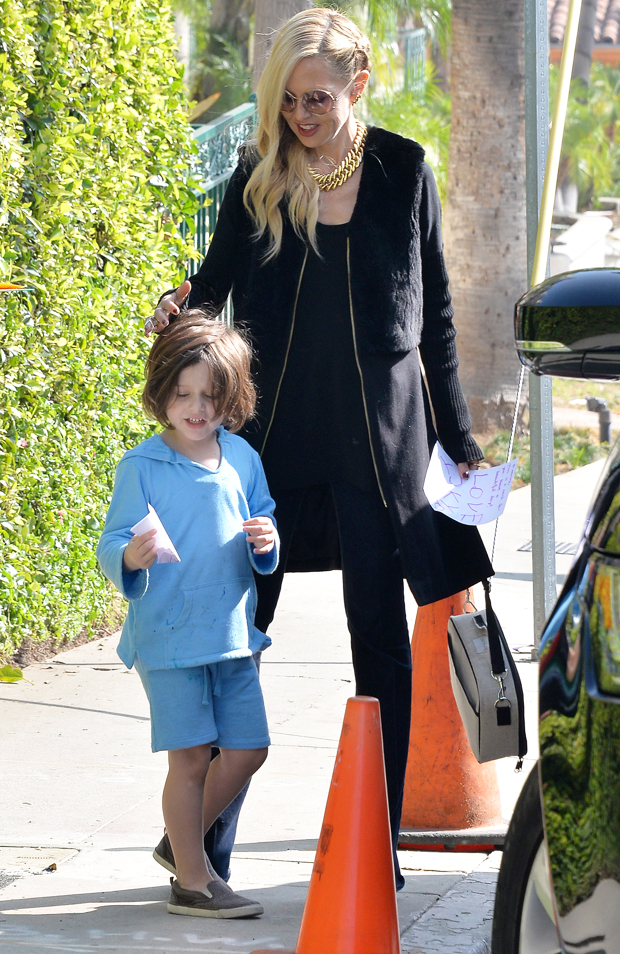 In her Instagram post sharing Skylar’s video, Rachel wrote in the caption, “And just like that after experiencing an actual miracle…#Sky is almost 100 percent back to himself after falling 40 feet from a ski-lift less than 48 hours ago. I cannot yet retell the story as it really happened but @rbermanus and I will heal our pain with time knowing that Sky is ok and stronger than ever,” she began.

“I don’t typically share traumatic moments with my community, but the love we felt from so many of you was overwhelming and truly helped heal us all. Both Skyler and I have endless gratitude for your prayers and kindness and we will never forget it. Sky is the bravest little soul that was indeed saved by an angel. He wanted me to share this video today because he felt bad so many people were so worried about him. To all the parents, please please hug your babies of any age extra tight from us today. Thank you again for your love we truly felt it deeply,” she concluded.

In her Dec. 22 Instagram stories, Skylar looked like nothing scary or traumatic had even happened to him, as he was seen in a video singing Happy Birthday to his little brother Kaius Berman as he turned seven. In addition to the song and telling his little bro to sit at the head of the breakfast table since it was his big day, Skylar read off the handmade birthday card he made for Kai. He told him, “Kaius I am so proud of you. You progressed so much this year. Happy Birthday, love Skylar,” adding that he tried to draw blue icing on the cake that he drew as a decoration on the card. Thankfully the brothers were together having a celebratory moment, as a different outcome with Sky’s fall could have made it a much more grim day.