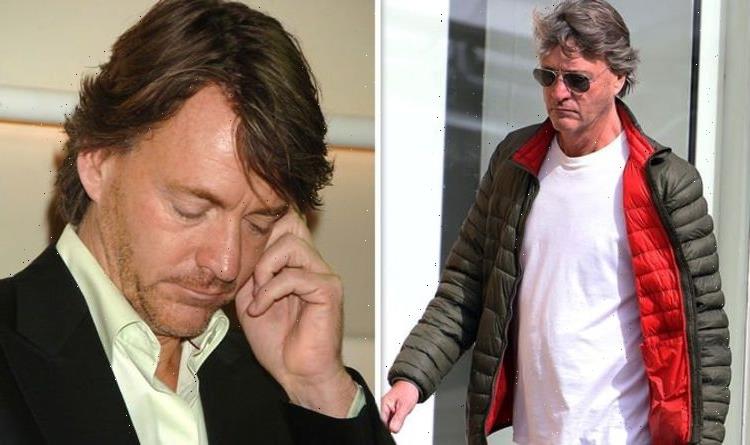 Richard explained his mum broke the bad news to him that she had been diagnosed with both diseases on the same day, while also devastatingly sharing her hopes that “the big C would take her” rather than the Alzheimer’s.

Speaking in an exclusive interview with Express.co.uk, the star, who has reportedly joined the I’m A Celebrity… Get Me Out Of Here! 2021 line-up, said: “My mother, about 12 years ago now, she was in her early eighties then, but she began to get some strange symptoms.

“And she was diagnosed on the same day as having both lung cancer, and Alzheimer’s, which came as a complete shock to everybody, but she was terribly laid back about it.

“She said that she felt she had a good life, which was longer than she expected, and she specifically said that she hoped that it was the big C that would take her, and not the Alzheimer’s.

“And that’s interesting, that reflects a survey that was done not that long ago.”

Referencing the results from the survey, Richard said: “Until fairly recently, when people in their sixties were asked what was the big health issue as they move into the beginnings of old age, by a clear majority for decades they would say cancer, but that’s changed now.

“People now put, first and foremost, they put dementia as the thing that they’re most concerned about getting, because it doesn’t just take your life and make you ill ahead of your time, it takes your personality, it takes you.”

He continued: “Anyway, mum did succumb to the cancer first, although the dementia, I wouldn’t say it was advanced, but it was very apparent that it was beginning to get a grip on her.

“Her memory was going, her focus was going.”

Richard went on to share the final conversation he had with his mum before her death.

He explained: “I was with her the day she died.”

The GMB star added: “I remember my last conversation with her, which which had overtones of Alzheimer’s, but also very simple Christian faith.

“She opened her eyes and croaked through very dry lips, she said, ‘Oh Richard, can you describe my mother to me?’

“And I said ‘I never knew her, because she died in Canada when I was a baby but I’ve seen pictures of her, why?’

“And she said, ‘because when I get up there’, and she pointed to the ceiling, ‘I can remember what my father looked like and Malcolm my brother, but I just can’t picture my mother, and it will be so embarrassing not to recognise her’.”

“It was an incredibly simple faith, but clearly very reassuring to her,” Richard said of his mother’s final words.

The star’s son-in-law James Haskell appeared to let it slip that he will be appearing on I’m A Celeb this year, as he said the presenter will be an “amazing” campmate.

James, who is married to Richard’s daughter Chloe, told GMB hosts Susanna Reid and Ben Shephard: “I think he’ll be amazing… he might be amazing. Hypothetically he would.”

He added:  “He’ll understand how to look after people. He’s a feminist, he’s everything, he crosses everything and I think he’ll make entertaining TV and it’ll help people.”