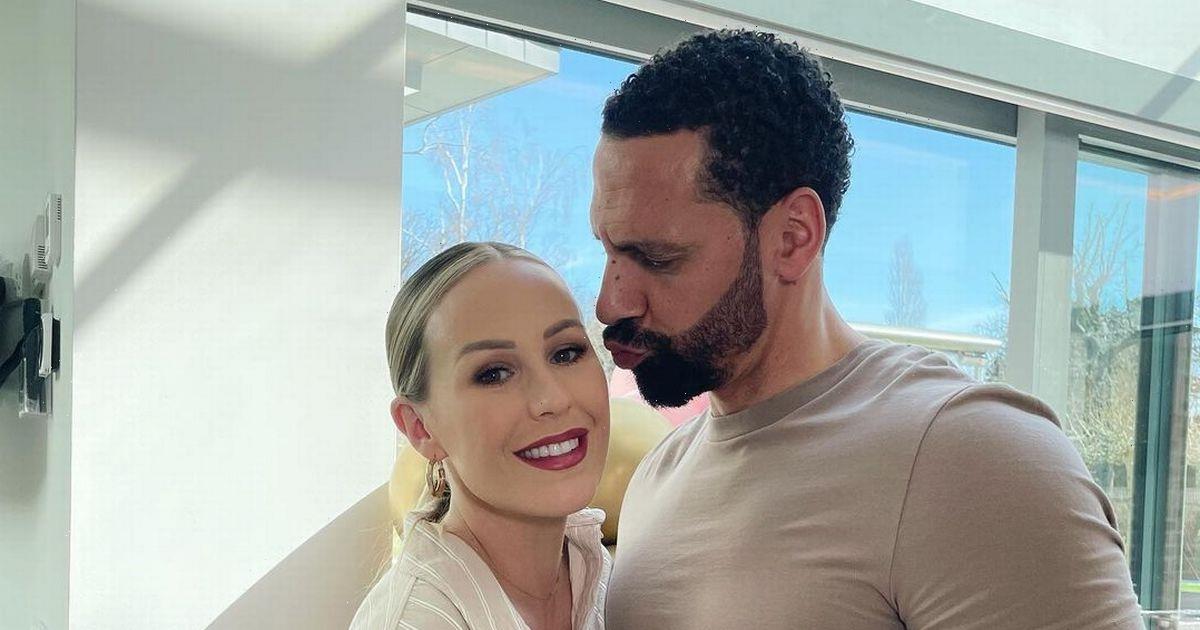 Rio Ferdinand has praised Kate for making him a “better man” after feeling “so low” following the devastating death of his first wife Rebecca to breast cancer.

The former Manchester United footballer, who tragically lost Rebecca in 2015, met Kate, 29, of The Only Way Is Essex fame, in Dubai and the couple started dating in late 2016.

Rio, 42, who shares sons Tate, 12, Lorenz, 14, and daughter Tia, 10, with Rebecca, told the Daily Mail: “Kate has helped to make me a better man. There is no doubt about that. And you have your own moments.

“You have a drink on your own and look back and realise you have come a f*****g long way in the last few years.”

The BT Sport pundit, who welcomed son Cree with Kate in December, added: “I was so low that you don't see a way out. But if you have good people then you can claw your way out to the point where you are as happy as you have ever been.”

Rio and Kate tied the knot in front of 180 guests in Marmaris, Turkey, in 2019 – which was exclusively covered by OK! – with the former reality star becoming a step-mum to Rio’s three children.

And Rio praised his beloved wife Kate last month for her patience when home-schooling the children during lockdown and described her as “nine out of 10’ as a teacher.

Meanwhile, Rio admitted he was a “three out of ten” because of his “lack of patience” and his kids find him a “stern teacher”.

Rio shared his appreciation for teachers across the UK as he said: “I have so much respect for what teachers do. It's a hard job.

“The thing I've noticed is how intense it can be and how the teachers manage it all day and the pressures of managing all these different kids who have different ideas with the ways they want to learn.

Rio described how he took inspiration from his old football manager Sir Alex Ferguson for his teaching skills.

He also admitted that he was strict and wasn’t afraid to put his foot down if his students stepped out of line during class.