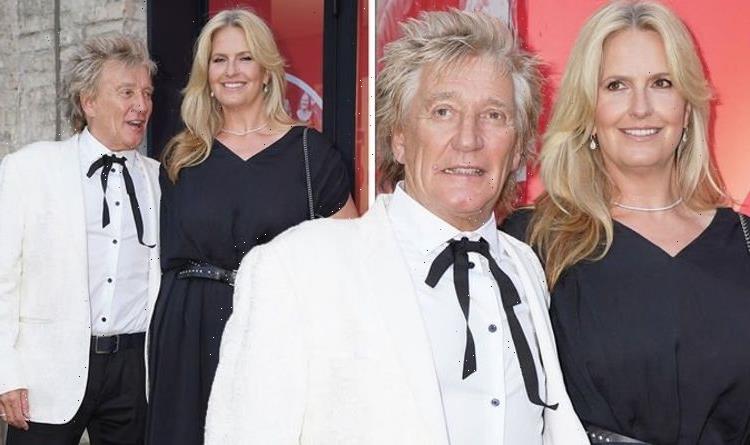 Penny Lancaster on her family finding out about Rod Stewart

Rod Stewart, 76, and his wife Penny Lancaster, 50, hit the red carpet of the glamorous awards earlier tonight. The couple looked dapper for the occasion which took place at the Roundhouse in London.

The Sun Who Cares Wins took place tonight as a number of stars hit the red carpet.

Among those at the ceremony was rocker Rod and his wife Penny.

The pair made a statement on the red carpet with their monochrome looks.

Rod donned a white suit jacket to attend, which the rocker paired with a simple white shirt.

He wore a ribbon tie around his neck before finishing the suit with plain black trousers.

The look was completed with some patterned shoes and his signature blonde hair.

Penny kept with the monochrome theme as she wore a black shirt dress.

Falling to her calf, the simple frock was accessorised with a black belt to highlight her waist.

Plenty of other stars attended the event tonight as well.

Among those making an appearance were Piers Morgan, Davina McCall and David Beckham.

David was even pictured fist-bumping Prime Minister Boris Johnson at the star-filled bash.

Royal Prince William was also in attendance as he attended the annual event.