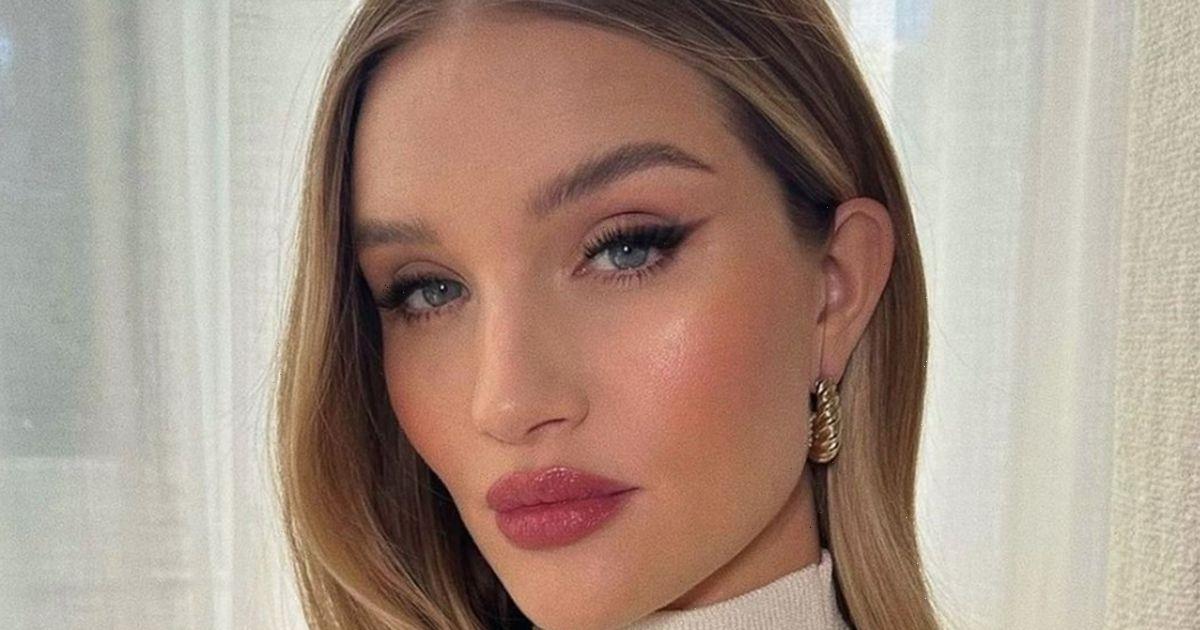 Actress and model Rosie Huntington-Whiteley has shared new photographs of her children, much to the delight of her followers.

The former Victoria’s Secret model is usually notoriously private about her children, opting to shield them from the spotlight.

However in an unusual move for the model, she gave a rare glimpse of family life via her Instagram stories.

The first image shows her adorable son Jack, 5, as he battles against the great British weather with a brolly.

With its autumnal hues, the little boy is seen holding an umbrella as he splashed about in the rain during a day out in the capital.

Although we do not see his face, the 5 year old looked smart with his camel coloured raincoat, light colour jeans and black trainers.

Taking after his mother, Jack has a similarly pouty smile as he posed for the camera.

In another image, we see his adorable little sister 21-month-old Isabella.

The toddler is dressed in a monochromatic beige outfit in her mother’s arms as she gazes lovingly up at her.

Rosie is wearing a similarly muted outfit, with matching black jeans, hoodie and beanie as she captures the sweet moment on her phone.

The model shares both children with actor and fiancé Jason Statham, who have been engaged since 2016. Although the couple have been together for well over a decade, Rosie has revealed that they are in no hurry to marry and added that it was “not a huge priority”.

This is despite the fact that the couple recently moved back to the UK, having spent over ten years in America.

In fact, she has said that she would prefer to wait until her children are a bit older so they could be involved in the big day.

Speaking to ET in 2018, she told press: “I think it will be fun to do it when the baby's [Jack] grown up a bit and he can be involved in the wedding.”

The Mad Max actress has previously commented about how her identity has changed, after becoming a mother adding that she felt like “mourning the loss of [her] old life”.

In recent years, the model-turned-entrepreneur launched her own make up and skincare brand Rose, Inc.

Described itself as a “sustainable innovation”, the clean beauty brand uses recycled packaging and is Leaping Bunny certified.

This is in addition to the model having her own lingerie range at department store M&S, which is one of the world’s biggest underwear retailers.

However, the model still makes time for her family.

Earlier this month, Rosie was spotted Christmas shopping with her mother, Fiona, in Chelsea.

The model looked effortless chic with her large scarf and black coat, which contrasted against her naturally blonde locks as she took in the festive atmosphere.

It seems Rosie has finally embraced life as a mother, explaining this PORTER magazine last year.

“…now, in my thirties, my confidence is so much [greater] and my ability to make decisions and not second-guess myself is stronger. I genuinely feel like my life is much more well-rounded.”