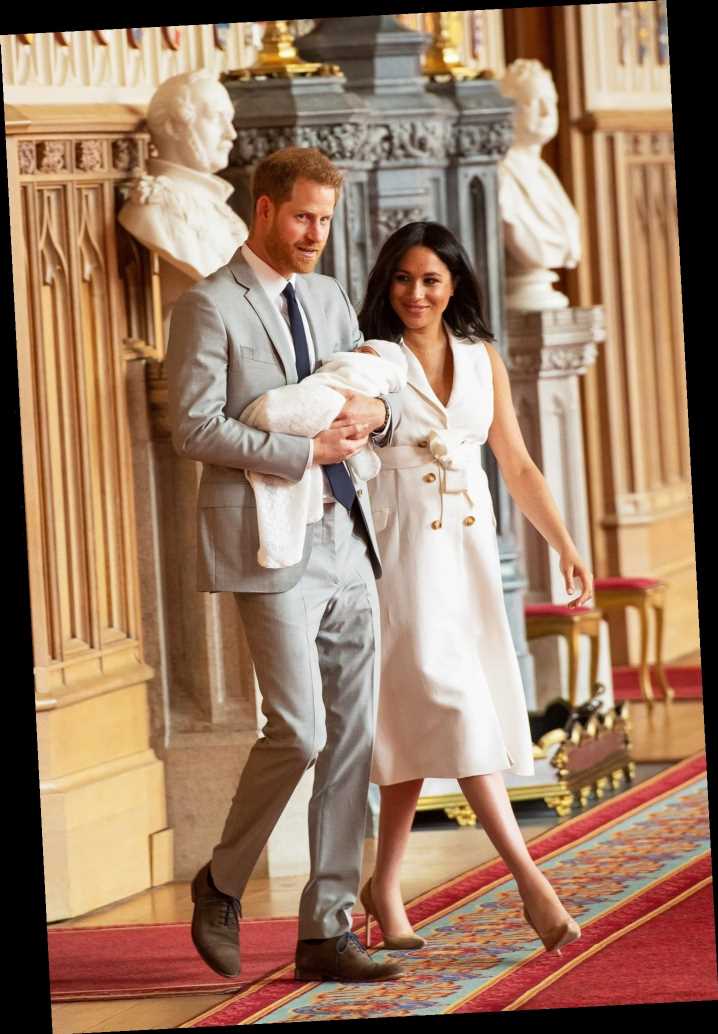 Meghan Markle, Prince Harry and Archie made their debut as a family of three just two days after the baby’s birth.

The royal couple debuted their newborn son at St. George’s Hall in Windsor Castle — a fitting spot, as that’s exactly where they had their royal wedding reception one year prior. The new parents opened up about their son, revealing that he is “calm” with the “sweetest temperament.”

“He’s just been a dream,” Meghan said. “It’s been a special couple of days.”

“Parenting is amazing,” Harry gushed as he held Archie in his arms, wrapped in a traditional G.H. Hurt & Son wool blanket. “We are just so thrilled to have our own little bundle of joy and to be able to spend some precious times with him as he slowly, slowly starts to grow up.”

“Like any father, he lights up when he speaks about his son and how proud he is of his wife,” said Harry’s friend and former Invictus Games competitor JJ Chalmers. “I can see the buzzing smile on his face still.” For Prince Harry’s first Father’s Day, the couple shared a new photo of the royal holding his son. Archie sweetly wraps his hand around one of Harry’s fingers, peering at the camera from behind them. Archie’s christening was a private affair, but the royal couple released two photos from the big day. A black and white shot show the proud mom and dad with their sleeping son in their arms. Archie was wide awake for a family portrait at his christening, sitting on Meghan’s lap with Harry wrapping his arm around them. Archie made his first public appearance to cheer on his dad at a charity polo match. Following the game, Prince Harry headed over (still dressed in his uniform!) to spend time with his wife and baby boy.