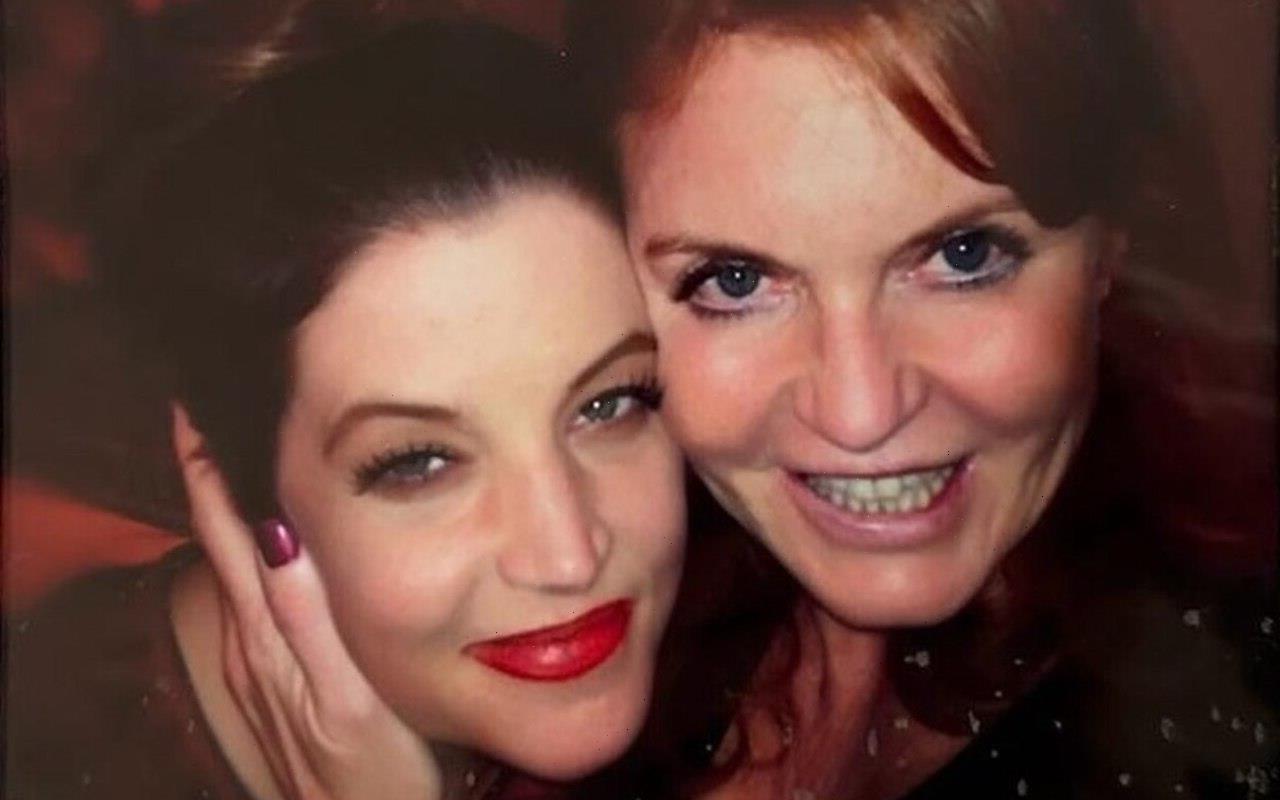 The Duchess of York affectionately calls Elvis Presley’s late daughter ‘sissy’ as she bids farewell to her close friend at the celebration of life service at Graceland.

AceShowbiz –Sarah Ferguson, Duchess of York paid tribute to her friend Lisa Marie Presley by quoting the late Queen Elizabeth at the singer’s celebration of life service. The royal, 63, struck a close friendship with Lisa Marie – who died aged 54 on January 12 after collapsing at her home in Calabasas – after they first met in America in 2009, with Lisa going on to attend the duchess’ 50th birthday party at London’s Lanesborough Hotel that year.

“Sissy, this is for you with affection. My late mother-in-law (the Queen) used to say that nothing can be said can begin to take away the anguish and the pain of these moments because grief is the price we pay for love and how right she was.”

“So for Riley, for Harper and Finley and the entire family, we march forward in support of you. All of us are with you. If you just put out your hand we will be there. I will definitely be there.”

Sarah also read an extract Sir David Frost had written for his son George before the broadcaster died aged 74 in 2013, saying, “I have had my life and enjoyed every second, but as it is, another life has beckoned. It is important to know that I’ve not gone, and I hope that all you on my light has shone.”

“Stay in that sunshine, rest never in the shade. Don’t curse my absence as this light you’ll evade. I live in the smiles, the moon the stars and sky and I feel eternal pride as I watch you all fly. And for my darling children who wonder what to do, just have a wonderful time as I will living through you.”

Sarah also posted on Instagram last week to say goodbye to Lisa Marie, writing, “I say hello to you everyday and I love you my sissy and I will continue to say hello to you every day. You were my sissy, an amazing mother to Ben, Riley, Harper and Finley and a superbly loving daughter to Priscilla.”

“You have been my devoted friend for many years and I am here for your family to support and love them. I am deeply saddened my sissy, you are in my heart.”

Lisa Marie is said to have comforted Sarah as they went through the trauma of both their husbands being at the centre of sex scandals. From 1994 to 1996, Lisa Marie was married Michael Jackson, who was the subject of child abuse allegations, and she went to her grave believing he was innocent.

The Daily Mail reported Lisa Marie was a “rock” for Sarah when her ex-husband Prince Andrew, 62, was at the centre of accusations he slept with one of billionaire paedophile Jeffrey Epstein‘s sex trafficking victims, Virginia Giuffre, when she was a teenager – which he has denied.

A source said about Sarah’s grief over Lisa Marie’s death, “She’s utterly heartbroken. They were as close as sisters… they spoke almost daily on the phone. This was a precious friendship to both of them, which is why they kept it so private. Lisa Marie didn’t trust many people outside her family but loved Sarah.”