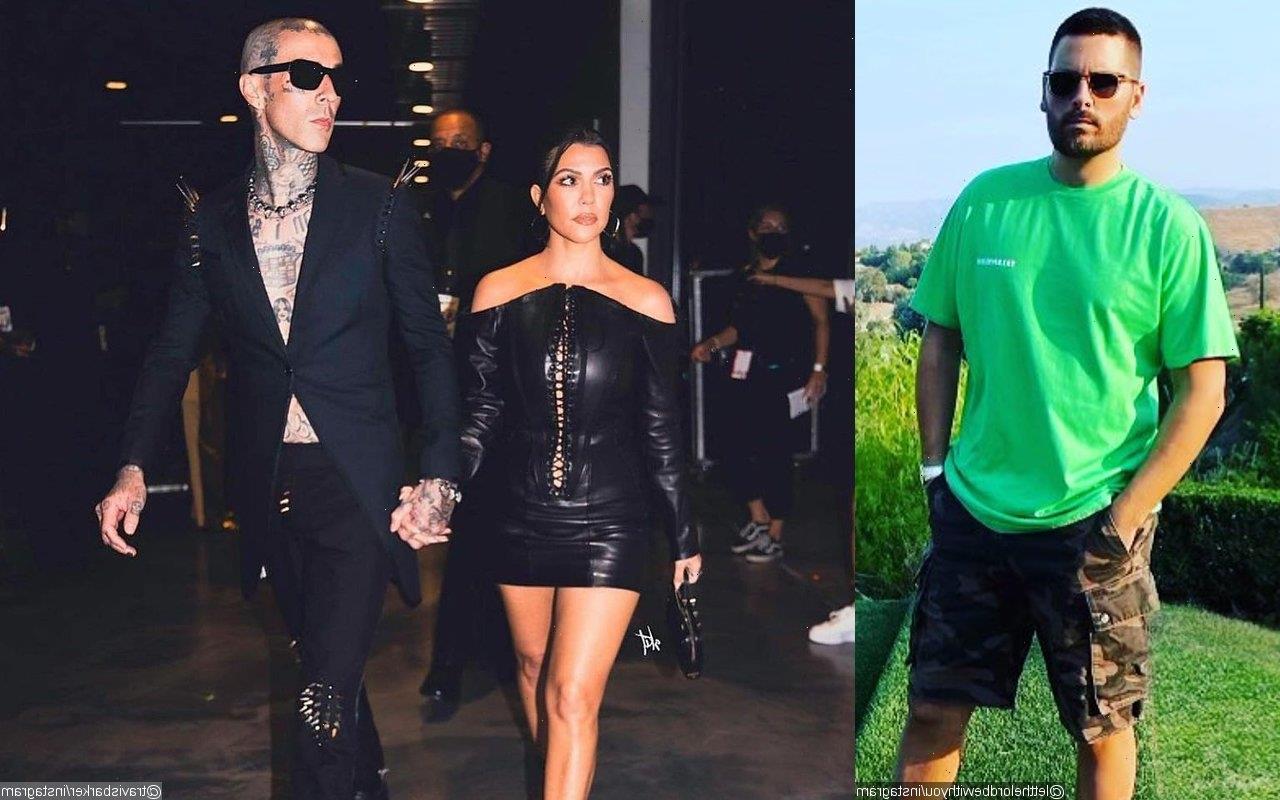 After allegedly trash-talking his ex-girlfriend and her new boyfriend in leaked Instagram DMs, the ‘Flip It Like Disick’ star is said to have ‘some unsettled ill will’ due to the ‘jealousy.’

“Kourtney and Scott are definitely not as close as they once were. Scott has some unsettled ill will towards Kourtney and Travis being together and Kourtney is over the jealousy,” a so-called inside source informed Entertainment Tonight. The informant went on to note that Kourtney “thinks Scott needs to grow up.”

It seemed that Scott expressed his feelings in Instagram DMs he sent to Younes Bendjima in which he allegedly criticized Kourtney and Travis’ Italian PDA-filled trip. The alleged message read, “Yo, is this chick OK!???? Broooo, like what is this? In the middle of Italy.”

Younes, who previously dated Kourtney, called Scott out and replied, “Doesn’t matter to me as long as shes happy. PS: i aint your bro.” The former boxer also wrote in a separate Instagram Story post, “Couldn’t miss this one. He [has] been playing around for too long, tried to stay quiet and be the nice guy. Back to work now.”

After his alleged DMs were exposed by Younes, Scott was reportedly “dumped” by his girlfriend Amelia Hamlin. On September 7, a source told E! News that he “agreed that he feels he needs to be single right now.” The insider also noted, “They had a lot of fun together but it was never going to be a long term relationship.”

As for Amelia, she’s reportedly “done with Scott for now.” It was also said that the 20-year-old beauty “wants to be strong and to move on. She had had enough and it was time. Her friends are all rallying around her and supporting her through this. Everyone knows she deserves better. She knows it too.”

Following Scott and Amelia’s split, a source told Life & Style that Sofia Richie, who once dated Scott for about three years, “had an inkling that [Scott and Amelia’s] relationship wouldn’t last.” The insider added that Sofia could tell that Scott “carried a torch for Kourtney, which is one of the reasons they broke up,” before adding, “She’s really not shocked that once again he has messed up his relationship over Kourtney.”

Prior to their breakup, Scott and Amelia were reported to be taking “time apart.” A source claimed at the time, “They needed a break from one another, that was clear. They are in different places and trying to figure out if it’s time to move on and if they are really done.” The so-called insider said that Amelia was “very disappointed” in Scott and she wanted to “let him [to] know it.”