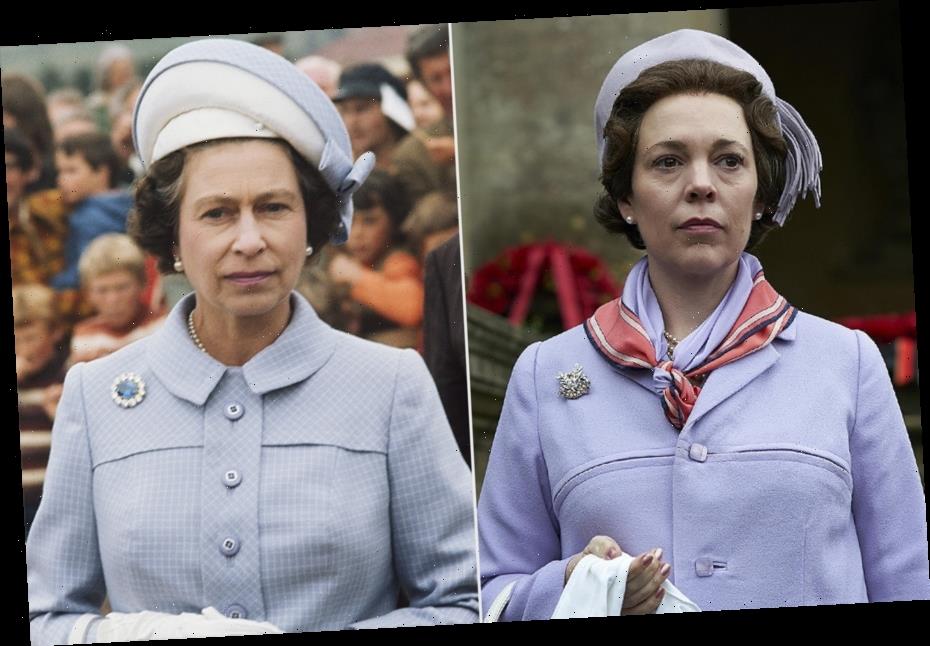 After two seasons on the throne, Claire Foy officially passed the reigns (and the reign) to Olivia Colman. The star, who has taken on her duties for season 3 and now 4, has said the experience has been daunting.

“There is much more pressure when you’re playing someone who is still living, and you have this fear that they’re watching it and won’t like it,” Colman told The Daily Mirror in a new interview.

“You’re thinking, ‘Oh my God, what if Queen Elizabeth II ­watches the series and sees me? Perhaps she will think that my interpretation is completely wrong. She’s going to change channels.’”

It remains a mystery as to whether the Queen, 94, has ever watched the show. Menzies, who has appeared in shows including Outlander and Game of Thrones, replaced Matt Smith in the role of Queen Elizabeth’s husband for seasons 3 and 4. Menzies is portraying a middle aged version of Philip, who is now 99. Carter plays the British monarch’s rebellious and sometimes controversial younger sister Princess Margaret, who shakes things up by being the only person to object to Prince Charles and Princess Diana’s marriage in season 4. Anderson has added another dose of star power as Thatcher, who served as Britain’s first female prime minister from 1979 to 1990. To capture the character, Anderson said she first had to push her own personal opinions to the side.

“I had to get to a point where it’s nothing to do with my opinions of her policies, of her actions,” she told Harper’s Bazaar.

The result, Anderson said, is that her portrayal has become “only about her as a human being and her motivation as a politician and as a mother.” Prince Charles was just a child in the show’s first two seasons, but now O’Connor plays the heir as a young adult. In perhaps the series’s most anticipated new arrival, the 24-year-old newcomer has been tasked with playing the “People’s Princess.”

Speaking with The Sunday Times, Corrin said taking on the role of the beloved British royal, — who died in a car crash in Paris on Aug. 31, 1997, at age 36 — was intimidating at first.

Corrin explained that “there’s a huge amount of pressure” that comes with the iconic territory. “Everyone has this ownership,” she said of fans’ connections to Diana, who was mother to Prince William and Prince Harry. “[Expectations have been] overwhelming since the beginning.”

Corrin, who said she wants to make Diana “proud,” added, “I know that’s strange and cheesy, but I feel like I know her.” “I’m absolutely over the moon, and completely terrified, to be joining so many hugely talented people on The Crown,” Fennell said of earning the role as the now Duchess of Cornwall in 2018 for season 3. By the end of season 4, fans saw Camilla and Prince Charles both married — just not to each other. Doherty called the Queen’s only daughter “a woman of great strength and heart” in a statement announcing the casting. However, after playing the princess in the third and now fourth season of the drama, the star has opened up about the difficulty of leaving the role as the cast is again replaced by actors suitable for their aging characters.

“I genuinely have thought about this woman for hours and probably months,” Doherty told Town & Country in a cover story. “Months and months and months of contemplating her mind-state, so it is kind of like mourning someone at the end.” While Greg Wise portrayed Prince Philip’s close relative Lord Louis Mountbatten in the first two seasons, the Game of Thrones actor (known for his role as Tywin Lannister in the series) has taken over the role.

Marion Bailey as the Queen Mother “It’s a brilliant show, and we have a tough act to follow, but what a gift to be playing the fascinating and greatly loved Queen Mother,” Bailey said after news of her casting was announced in July 2018. “Thrilled to be on board and working with such a top-notch team.” Princess Margaret’s husband also got a new actor in his shoes for the show’s third and fourth seasons. Series creator Peter Morgan decided to recast the roles rather than attempt to age the actors with makeup. He previously told Variety of the decision, “You can’t ask someone to act middle-aged. Someone has to bring their own fatigue to it. The feelings we all have as 50-year-olds are different than the feelings we all have as 30-year-olds.” Edward VIII forfeited his claim to the throne for American divorcée Wallis Simpson, later to be known as the Duchess of Windsor. Watkins portrayed Wilson, who served two tenures as head of the UK government.

“I am delighted to become part of this exceptional show. And so thrilled to be working once again with Peter Morgan,” Watkins said. “Harold Wilson is a significant and fascinating character in our history. So looking forward to bringing him to life, through a decade that transformed us culturally and politically. And excited to be working so closely with Olivia; and the whole team.” Scargill was President of the National Union of Mineworkers during some of the most tumultuous years for British Industry. He eventually triumphed over Prime Minister Edward Heath. When Princess Margaret was still married to Lord Snowdon, she was introduced to her landscape gardener, Llewellyn. At 25, he was 17 years younger than her — but he became a regular visitor to her private island in Mustique. Their love affair lasted eight years.