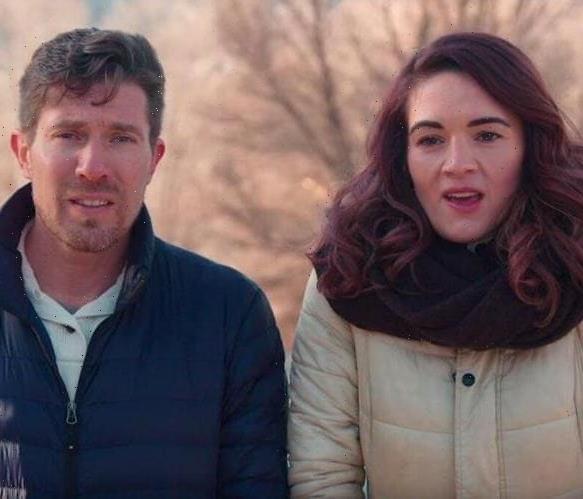 Heck, anyone with a conscience should have beef with Dimitri Snowden, considering the guy has been accused by multiple women of abuse and assault.

But we’re gonna take a break from trashing Snowden for a brief moment… in order to focus on another Seeking Sister Wife star.

Who also seems to suck a lot.

No, Garrick Merrifield is not facing any allegations of rape.

His sins do not run that deep.

However, a number of TLC fans have finally realized that this veteran Seeking Sister Wife cast member may not exactly be the wholesome, reborn Christian that he’s made himself out to be for many months now.

He may just be a horn dog.

Like all other stars on this morally questionable reality show, Merrifield practices polygamy.

He does not come from a polygamist family, however.

He was simply married for 13 years to wife Dannielle and then managed to convince her that the two should get a divorce so that he could bring another wife into their household.

How the heck did Garrick pull this off? By talking up The Big Guy.

“We decided two years ago that God wanted us to live a plural lifestyle,” Garrick said on the Seeking Sister Wife Season 3 premiere.

“We don’t come from a polygmous background, but we believe in the bible, and people in there had multiple wives.

“And I thought ‘Gee, the people in there are godly people and God loved them, so I then realized God wasn’t against that.”

Got that? The Merrifields are not Fundamentalist Mormon. They are Christians.

As such, Garrick must believe strongly in the bible, right?

So he must believe that one should not have sex before marriage?

Except, well…. he slept with Roberta last year, prior to even proposing to her.

What the heck gives, aside from the obvious that Garrick has just been using the bible as a BS excuse to sleep with as many women as possible?

We aren’t the only ones asking this questions.

Folks on Reddit are perplexed and annoyed as well.

Another Redditor went ahead and responded with the very clear answer:

“Because it’s not about his religion, it’s about his gratification and always has been.”

That just about sums it up.

Back on Season 3 of Seeking Sister Wife, viewers witnessed Dannielle shed tears in court upon finalizing her divorce.

Now, without even being married to this Roberta woman, Garrick says he’s trying to have a baby with her.

It’s pretty evident at this point he’s more than a bad Christian. Garrick Merrifield is just an awful person.