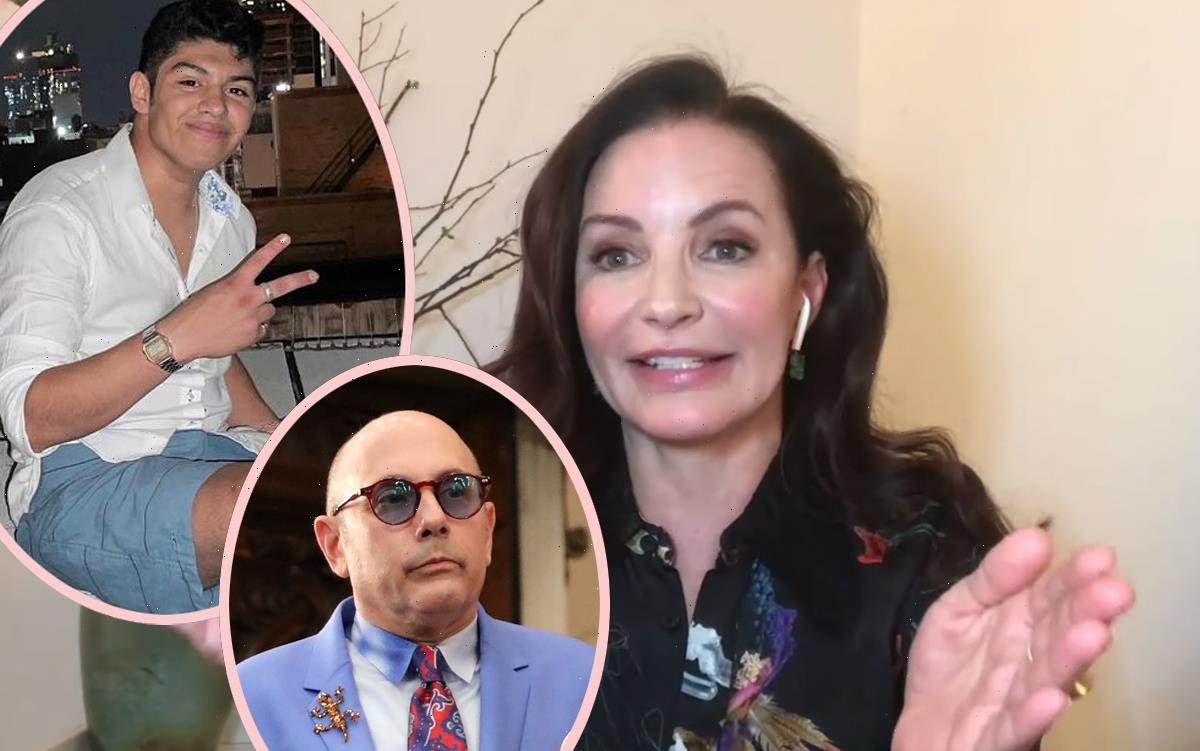 Gurl, WHAT?? Kristin Davis clearly thought fans might be getting the wrong idea about her relationship with Willie Garson‘s son.

During an appearance on Watch What Happens Live on Thursday night, the OG Sex and the City star talked about being at the revival premiere with Nathen Garson. The 20-year-old had been invited to the NYC debut of And Just Like That after the tragic and unexpected passing of his father, our beloved Stanford Blatch.

Host Andy Cohen, who also attended the premiere, asked Kristin what it was like “to have him on” her arm and “watch the show with him.” Kristin went instantly into clarification mode, explaining:

“He actually had a seat in a different place, so I didn’t get to sit next to him. But I really wanted him to come, I was so hoping that it would be alright with him to come, you know? I didn’t know how he would feel. So it made me so happy he was able to come.”

Nathen documented the “amazing time” he had attending the premiere and visiting New York on his Instagram. Also in his carousel of trip photos — but absent from the premiere — was his girlfriend.

“His girlfriend was going to come, but… I won’t get into it, why, what… she wanted to come…”

And then she blurted out:

“I am not dating him, I just want to make that clear.”

LOLz! Huh?? Andy was as taken aback as we were, asking the 56-year-old:

“Did people think you were dating him??”

To which she replied:

We definitely never thought so for a second, even if he was referred to as her “date” for the evening. Hilarious.

If you were curious, Kristin is single these days. She’s been linked through the years to a few famous men — Alec Baldwin, Rick Fox, Damian Lewis, Aaron Sorkin — but she’s never sealed the deal and gotten married. And it doesn’t sound like that will happen any time soon as she described herself in a December Elle interview as a “single mom” who is “not actively dating.”

And that includes the young children of co-stars! LOLz! But seriously, on spending time with Nathen, she beamed:

“It warmed my heart just to see him and to see his face, and make sure he was doing okay. We text but you just never know until you can actually be with somebody. To have him be there to celebrate Willie was just so important.”