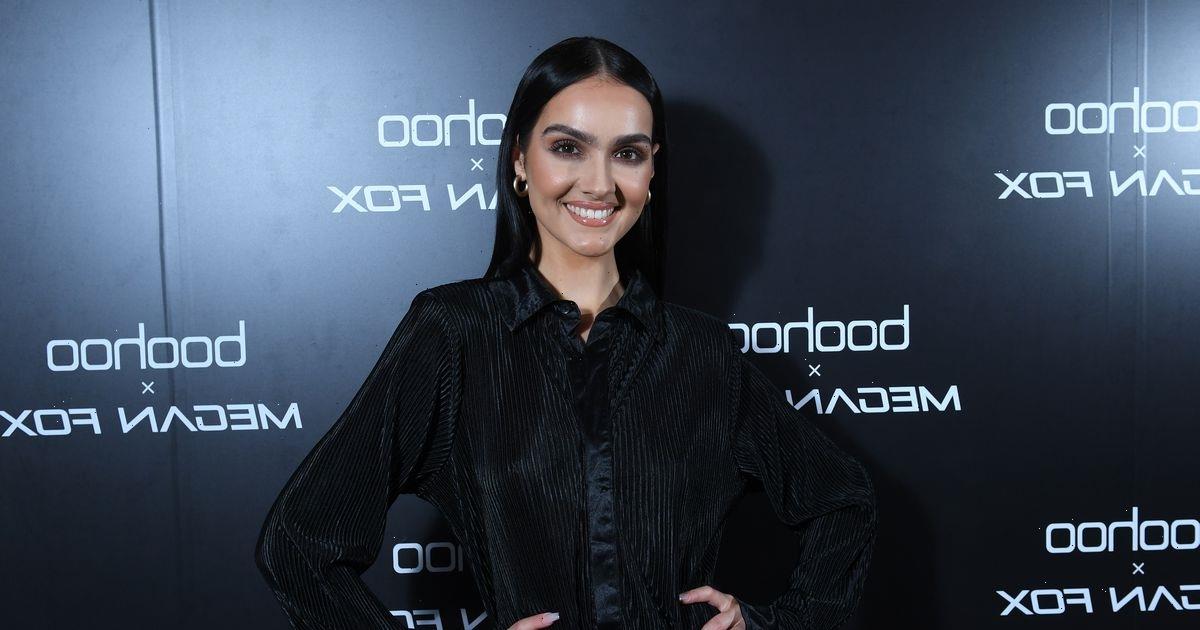 Siânnise Fudge put on a smiley display as she stepped out on the red carpet following split rumours from her Love Island boyfriend, Luke Trotman.

The Love Island star looked happier than ever as she attended the Boohoo x Megan Fox party in London on Tuesday night.

She looked incredible in a matching black jacket and trousers set, adding a pop of colour with bright green heels.

The raven-haired beauty styled her mane straight down for the outing and wore a full face of make up, including a smokey grey eyeshadow and nude lipstick.

Siânnise and Luke sparked speculation they have split almost two years after meeting on the 2020 series of Love Island.

Referencing a post made by Siânnise last month, an eagle-eyed Reddit user noticed she had removed the gushing caption about Luke and replaced it with a simple white love heart emoji.

The original caption included the quote: "When you find someone who takes care of your mind, body & soul. Who makes you laugh and accepts your flaws…"

The Reddit user wrote: "Are Siannese and Luke T okay? I noticed she changed the caption of this photo from a really long one about keeping someone who sets your soul on fire to just the heart."

One fan commented: "I remember the original caption being so sweet."

A second added: "I hope they’re ok. My all time fave couple along with Alex & Liv and Cam/Jamie."

Other worried fans noticed that, with the exception of sponsored posts, Siânnise has not posted a photo with Luke on her profile in over a month.

Again, with the exception of sponsored posts, Luke has not posted a photo with Siânnise since the start of August.

However, other fans suggested the pair were fine and Siânnise may have just felt the original caption was too personal and “cringey.”

One wrote: "Maybe she just posted it in the moment and then thought it was too personal or open and changed it…"

A second added: "Wouldn’t she take the picture down entirely or archive it if something was wrong, this seems more like a personal thing that maybe she thought on reflection the caption was too personal or too cringey.."

While a third said: "I think they’re fine. I deleted pics of me and my boyfriend on Instagram but were still together. I think maybe she just thought her caption was cringy."

Stay up to date with all the latest on Siânnise Fudge by signing up to OK!'s daily celebrity newsletter.