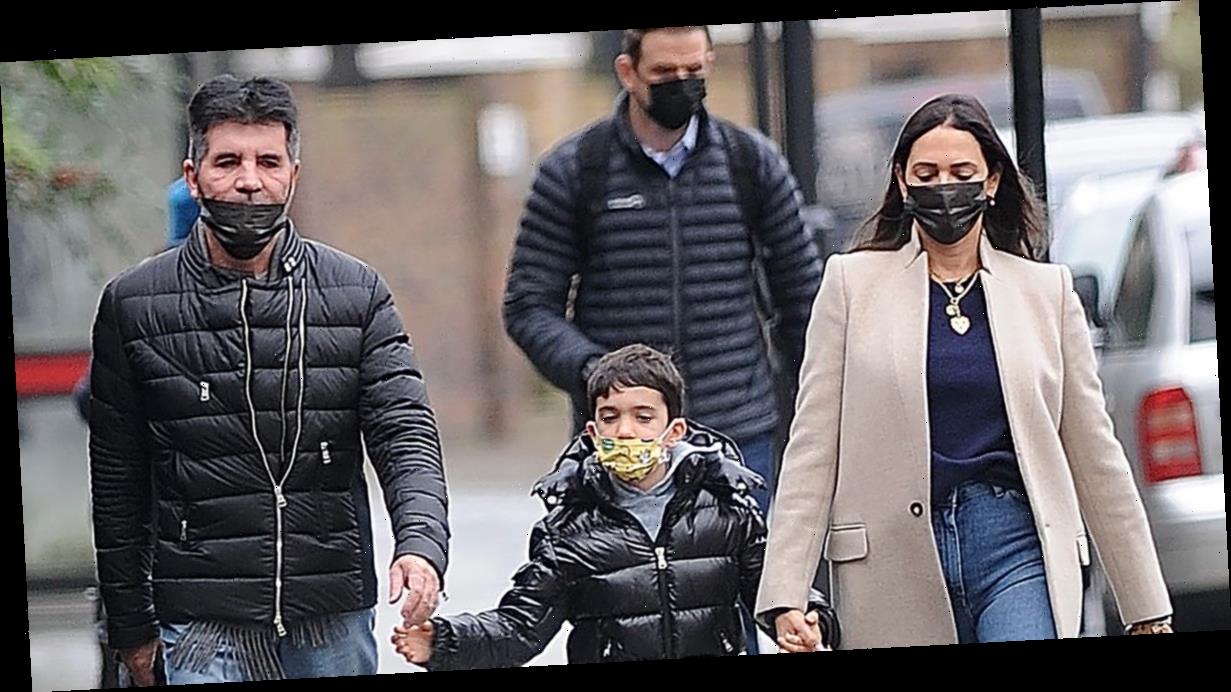 Simon Cowell displayed his four stone weight loss as he stepped out in London on Monday 15 February.

Britain’s Got Talent boss Simon, 61, looked stylish as he matched his son Eric while the pair took a stroll with his partner Lauren Silverman in London.

Simon, who was recently slammed by The X Factor star Paddy McGuinness, wore a black biker style puffer jacket with zips on the front.

The X Factor judge Simon wore a pair of light blue denim jeans and had some black trainers on as he walked alongside his son while holding his hand.

He also had a black face covering over his mouth and a grey scarf could be seen peeking out from underneath his coat.

Simon matched his adorable seven year old son Eric, who was recently snapped enjoying a jet ski ride with his dad, as the youngster also wore a black puffer coat to keep warm from the chilly February weather.

Little Eric also had a pair of grey tracksuit bottoms on and a matching hoodie underneath his coat, as well as a pair of black and neon green trainers and a yellow face covering over his nose and mouth.

Lauren topped the look off with a pair of beige lace up trainers and a matching long coat along with a gold necklace, with a heart shaped pendant.

She also opted for a face covering over her nose and mouth as she held onto her son’s hand.

Simon’s appearance comes after he reportedly transformed his lifestyle following his horrific bike accident last year, which caused him to break his back.

Simon underwent six hours of emergency surgery after the accident at his Malibu home, as he had a rod inserted into his back.

And an insider recently told OK! that the accident made him reevaluate his life.

The source said: “The accident just made him change his lifestyle. It made him think he wants to live longer for Eric. It’s made him re-evaluate everything."

They added: “He really appreciates his life, with Eric and Lauren.”

Simon’s friend Sinitta said in October that Simon had put on weight to aid his recovery, but he has since lost the weight, after shedding four stone in 2019.

Music mogul Simon transformed his diet and went from being a meat eater to a vegan.

Is There a New Episode of 'SNL' Airing This Week?