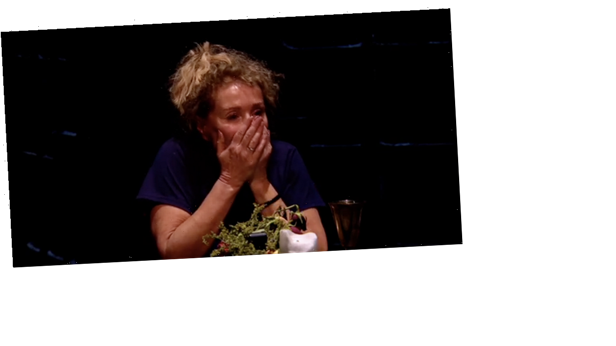 Bev, 63, is currently competing on this year’s I’m A Celebrity and she recently revealed she became a vegan in March as she sat down for the gruelling eating trial, Frights of the Round Table.

But, some fans have been sceptical of Bev’s dedication to her new diet as fans were convinced they spotted her eating butter on the show.

And now, Bev’s on-screen son Simon, 46, has confessed he’s not convinced Bev is a vegan either.

Simon, who messes up his lines on purpose according to his Corrie co-stars, joked he “must be a mango” if Beverley has really decided to change her diet and hinted she may have faked her veganism to avoid “putting a willy in her mouth”.

Speaking on Loose Women on Friday 20 November, Simon explained how Beverley’s daughter is a vegan but confessed he’s not wholly convinced of Bev’s recent diet change.

He said: “Rebecca her daughter is vegan and I'm sure Bev has done it for all the right reasons, health and to save the planet – if you believe that, I'm a mango!

“I’m pretty sure it's because she doesn't have to put a willy in her mouth.

“She's doing brilliantly and the great thing about Bev is that she's a brilliant storyteller, she's a massive team player, and even though in the deepest parts of her soul, ‘there's no way I wanna do that!’ but she will! She'll go the distance.”

Simon also revealed Bev, who was left unable to walk after a botched hip operation, also shared his surprise that the star is getting stuck-in with the day to day running of the camp at Gwyrch Castle.

He explained: “I had an inkling I'd heard rumours I didn't know whether she would. I'm very surprised about the fact she helped clean out the toilet.

“If anybody trumps within a mile radius of Bev you get a clip round the ear, yeah so I'm shocked about that! She hates toilets, I don't think she's ever had a poo in her life.”

Simon also shared his thoughts on the latest series of I’m A Celebrity.

He said: “I think it's a really good group of people.

“I was watching it the other night and someone said ''well they've not go really hungry yet'' maybe there might be a little bit of tension, but they've got to be wary. She don't wear that leopard skin for nothing.