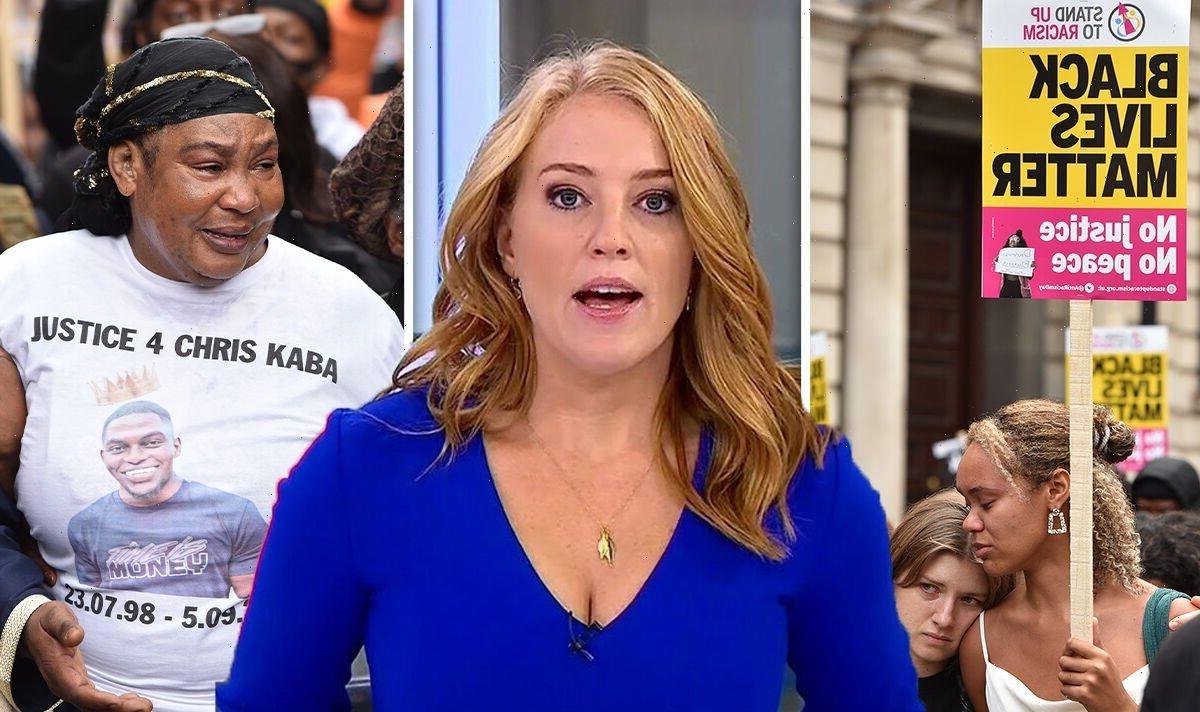 Sky News presenter Sarah-Jane Mee, 44, has come under fire after she mistook a Chris Kaba march in Trafalgar Square for royal crowds marking the death of the Queen. Sarah has taken to Twitter to personally apologise for her major reporting error, with Sky News also commenting on the incident.

I made a mistake on air!

Sarah took to Twitter yesterday to apologise for her rooky live error earlier in the day.

She wrote in view of her 196,000 Twitter followers: “I made a mistake on air, I wrongly identified crowds in Trafalgar Sq as some of the 1000s heading to Palace when at that moment it was people turning out for Chris Kaba.

“I’d like to personally apologise to those involved. We are covering the march & it’s significance later today.” (sic)

Sky News also released the statement: “We apologise for a mistake made earlier today which accidentally misidentified aerial pictures of a protest march for Chris Kaba as a large gathering paying tribute to Queen Elizabeth. 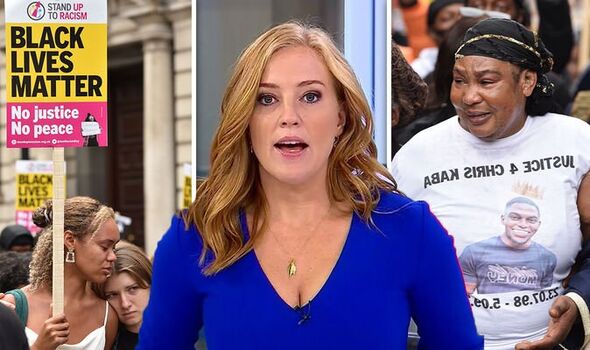 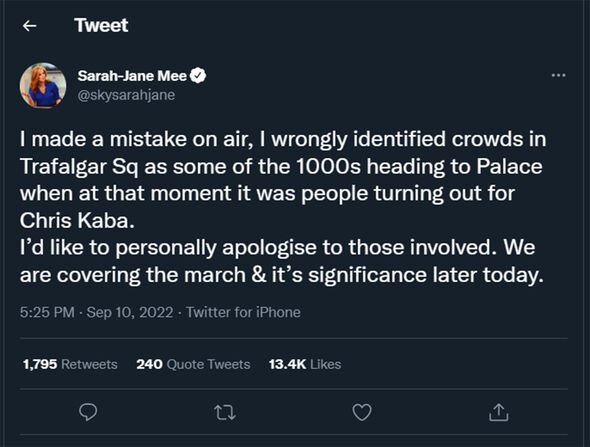 “We have also issued a correction on air to clarify the footage previously shown.”

Footage from a helicopter showed a mass of people moving through Trafalgar Square in central London yesterday afternoon.

Sarah said over the coverage: “There are thousands of people lining that route, it really is an incredible sight.

“They’ll work their way up the Mall, very slowly, meeting new friends along the way, talking about their journey here, their memories of the Queen, their good wishes for the new King.” 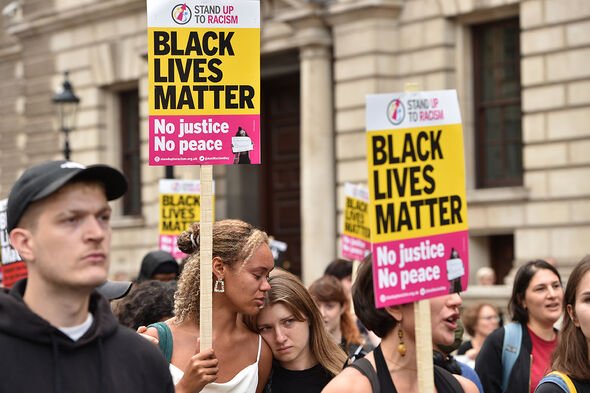 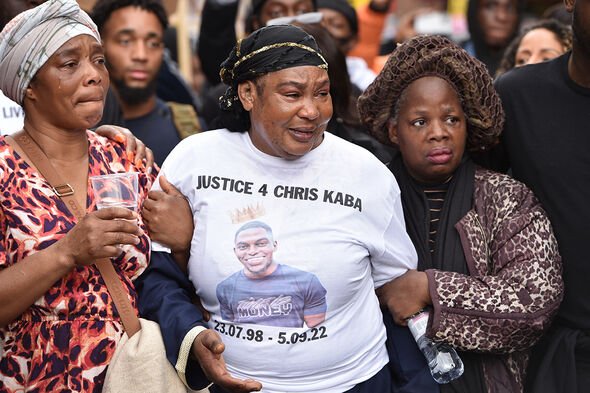 However, in fact, it was a protest for Kaba that included politicians Diane Abbott, Bell Ribeiro-Addy and rapper Stormzy.

Some protesters were even holding placards reading “Justice for Chris Kaba” and “Black Lives Matter”.

Kaba was 24 when he was shot this month by a Met firearms officer in South London, even though he was unarmed.

He had been travelling in an Audi that was not registered to him when he was boxed in by two police cars in Streatham Hill.

He was shot once by an officer while sitting in the car and died in hospital on Tuesday.

The Independent Office for Police Conduct has since opened a homicide investigation.

Despite Sky News’ apology, many social media users took to Twitter to vent their anger over the mistake.

Mozzaedwards said: “So having misrepresented a march against suspected Police brutality as a group of Royal mourners, in what way will you make recompense in terms of a public apology?”

Musttrytobegood added: “Did you not notice their placards then? With Black Lives Matter on them? There were plenty of them.

“That didn’t make you think it might not be a pro-Royalty march?”

While ToryFibs commented: “Credit to you for personally apologising. Your editors let you down.”