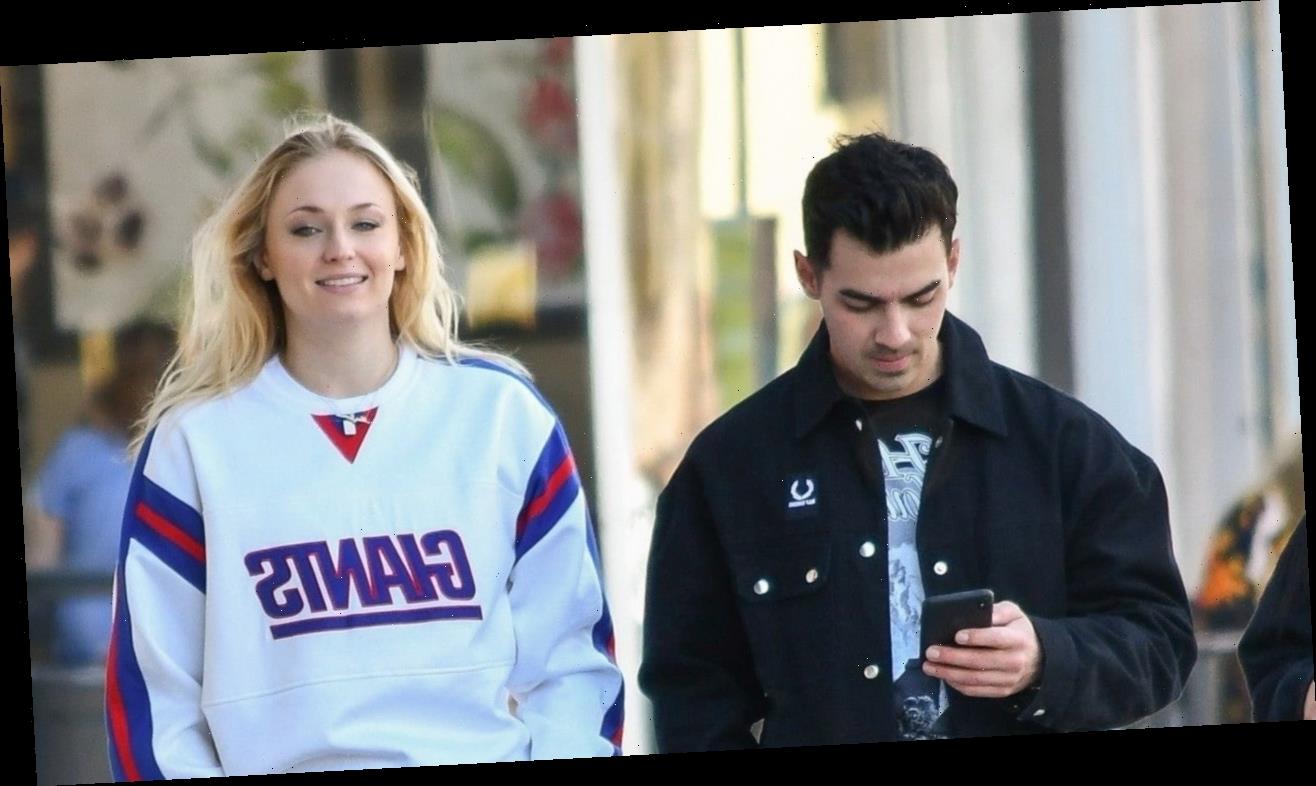 The couple was spotted shopping at a children’s store in Studio City, California, on Monday, amid reports that the Game of Thrones star and the Jonas Brother are expecting their first child together. Turner looked comfy chic in a matching red-white-and-blue Giants two-piece sweatshirt and sweatpants ensemble and white sneakers. Jonas rocked a black graphic tee, black jacket and pants.

While inside the store, Turner was photographed holding a little bomber jacket and looking at children’s toys.

Last month, multiple outlets reported that Turner is pregnant. Neither she nor her husband have confirmed or commented on the reports.

The two have, however, continued to show their love for one another on their social media, as well as enjoyed various outings.

In a new interview for Elle‘s April issue released on Tuesday, Turner revealed that as a teenager, she wasn’t a fan of her now-husband’s boy band.

“My friends and I were not Jonas Brothers fans,” she admitted. “There was this band in the U.K. called Busted. They had a hit called ‘Year 3000.’ It was amazing, and we were huge Busted fans. Then the Jonas Brothers covered the song and made it massive. And Busted broke up. We thought it was all the Jonas Brothers’ fault. So we hated them.”

However, after their first date they became inseparable. “I remember the two of us spending only a couple of minutes on the dance floor, and then we just found a space far in the corner and we just talked. We talked for hours, and hours, and hours. And I was, like, not bored. It wasn’t contrived. It wasn’t small talk — it was just so easy. And soon we were, like, inseparable. I went on tour with him.”

“With Joe, I always felt like I was the one who was punching, like, way above my league.,” she praised Jonas. “And I still feel like that. He’s so handsome, talented, funny, charismatic. I’m really lucky to be with him and have someone like him want to be around me and spend time with me.”

Hear more in the video below.