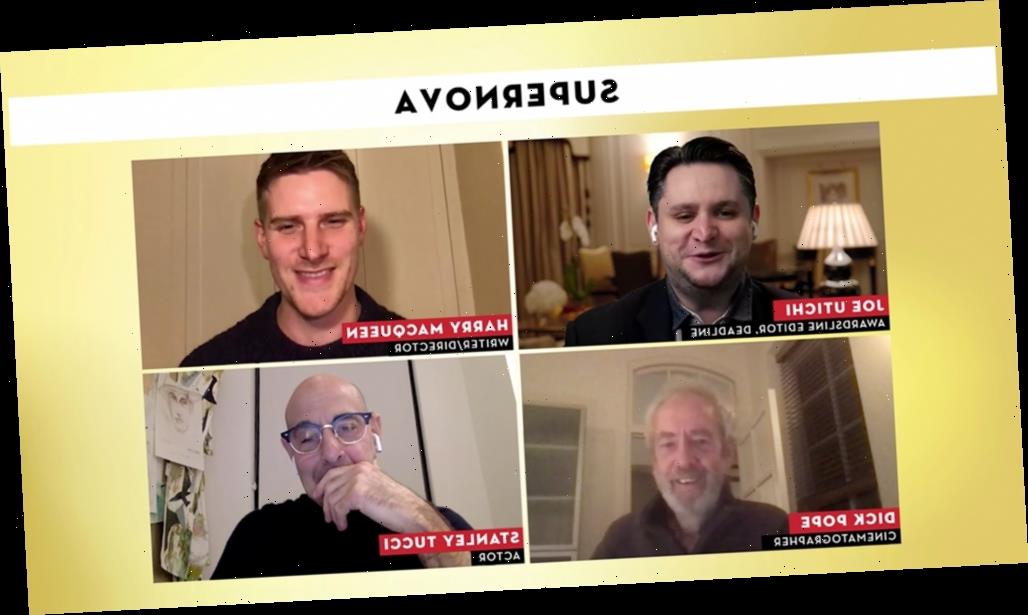 One of award season’s more gently romantic offerings is Harry Macqueen’s film Supernova, in which a middle-aged gay couple, Sam (Colin Firth) and Tusker (Stanley Tucci), take a road trip through England’s Lake District as they visit friends and come to terms with Tusker’s diagnosis with young-onset dementia.

“It’s a very personal story,” he says, “and it started when I was working with a lady who—unbeknownst to me and her at the time—had young-onset dementia. I was working with her for a year, and over the course of that year, I watched her completely change. Unfortunately, about a year after that, she had passed away, and it had a really profound effect on me. And it made me want to learn more about dementia—young-onset dementia specifically. So, I then went about researching it for about two or three years. I worked at various charities, and I spent a lot of time with people who are living with dementia. So, the story really is inspired by the time I spent with those people.”

Check back for the panel video.