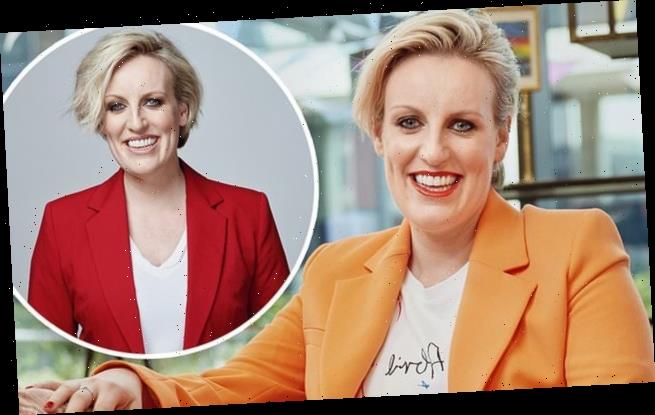 A defiant Steph McGovern has insisted her new show will not be axed despite recording zero viewers and returning dwindling viewing figures.

The journalist, 38, who returned to screens in September with her new daytime show Packed Lunch following her stint presenting The Steph Show on Channel 4, took to Twitter to dismiss axing claims earlier this week.

When Packed Lunch first aired last month, it was claimed that the show was to end, after Barb viewing figures later revealed that at 12.56pm on one September day there was not a single viewer tuned in, according to The Mirror. 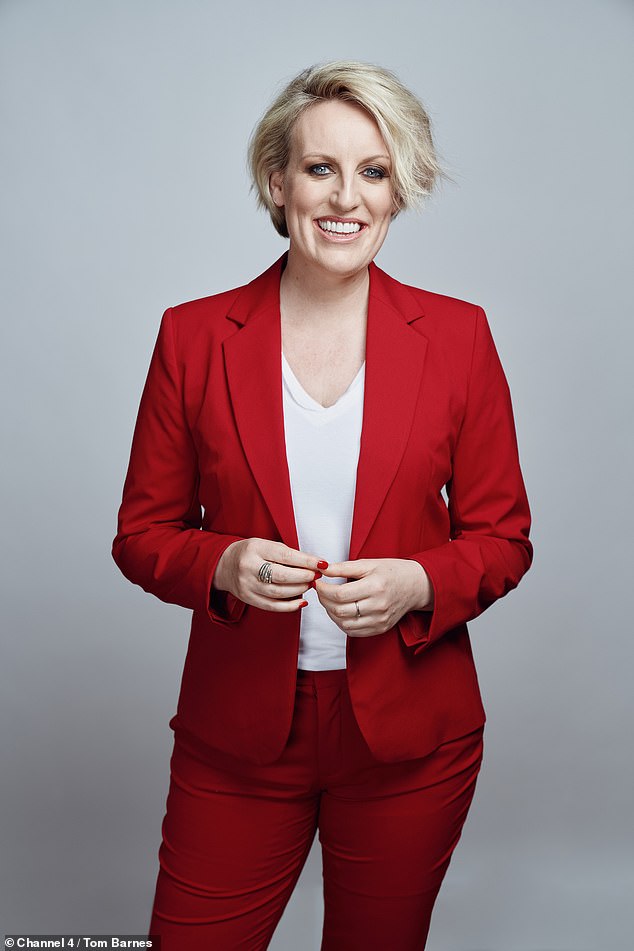 Defiant: Steph McGovern has said her show is not going anywhere, despite it recording zero viewers on one day in September

But Steph is adamant that her show is not going anywhere. When a Twitter follower asked “Is your show closing?”, Steph replied with a stern: “Nope”.

Packed Lunch is competing against well established show Loose Women on ITV, and has struggled despite boasting a range of big-name guests, such as Vogue Williams, Oti Mabuse and Chris Kamara.

A source said: ‘It was a tough call to go up against such an established and well-loved show as Loose Women and there’s no doubt the decision is hurting C4 and these ratings show it.’

However Channel 4 hit back against reports of zero ratings, saying about the zero-rating day: ‘On Tuesday Steph’s Packed Lunch attracted an average audience of 87,000 viewers from 12.30pm – 2.10pm and drew 204,000 at its peak.

Huh? But Steph is adamant that her show is not going anywhere. When a Twitter follower asked “Is your show closing?”, Steph replied with a stern: “Nope” 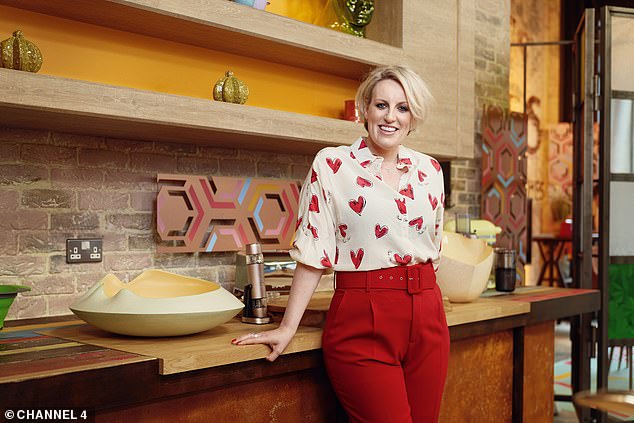 Getting started: The show, which is filmed from a studio in Leeds, didn’t have any viewers at 12.56pm on one September day, according to Barb rating figures (Steph is pictured on the set of her show) 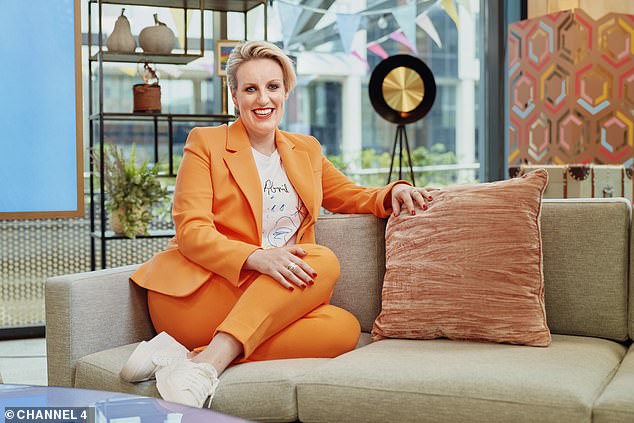 Cosy: Steph has pulled in a range of big-name guests, such as Vogue Williams, Oti Mabuse and Chris Kamara

‘Steph has brought a blast of energy to our daytime line-up and we’re delighted with the live shows the team has produced.’

It is thought that Loose Women had a high of a million viewers on the same day.

Steph has previously spoken about being ‘nervous’ ahead of fronting her show and revealed that she’d blame herself if it didn’t do well.

She said: ‘But yeah, when your name’s on the tin, there’s no one else to blame if it’s rubbish. If it’s rubbish, it’s my fault.’ 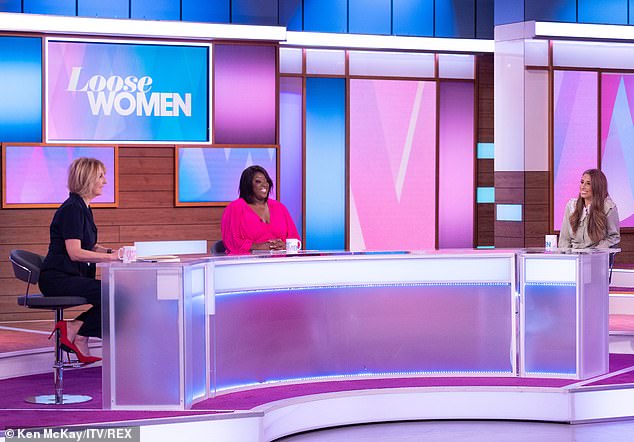 Rivals: It is thought that Loose Women pulls in a million viewers at the same time as Steph’s show

It comes after Steph announced her Channel 4 talk show would go on hiatus amid the coronavirus lockdown, amid claims the decision to broadcast from her Harrogate home infuriated neighbours back in April.

The star, who is mother to a baby girl with her partner, cited family reasons when breaking the news to her followers.

She wrote: ‘As much as I’ve loved doing a lockdown show at home I never expected it to go on this long. We’ve decided it’s time to have a break and give my family our home back. 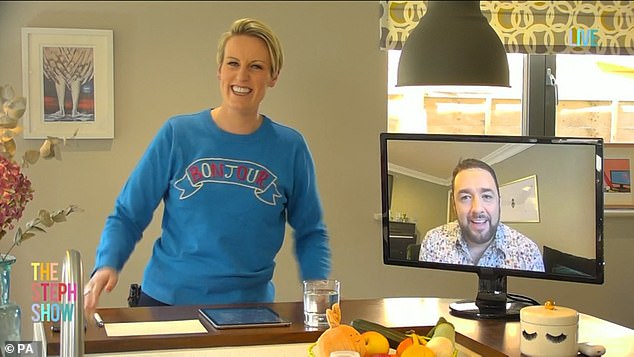 Hiatus: Steph’s Channel 4 talk show took a small hiatus amid the coronavirus lockdown, amid claims the decision to broadcast from her Harrogate home infuriated neighbours

Steph continued at the time: ‘The proper prog will be launching when the Leeds studio is sorted, I may still be wearing slippers.’

The news came after it was claimed that Steph broadcasting from home had left her neighbours unimpressed.

According to The Sun, other residents were allegedly beginning to get hacked off by the to-ing and fro-ing filming from home entails.

It was claimed that ‘the production equipment parked outside and the steady flow of deliveries for The Steph Show have gone down badly’. 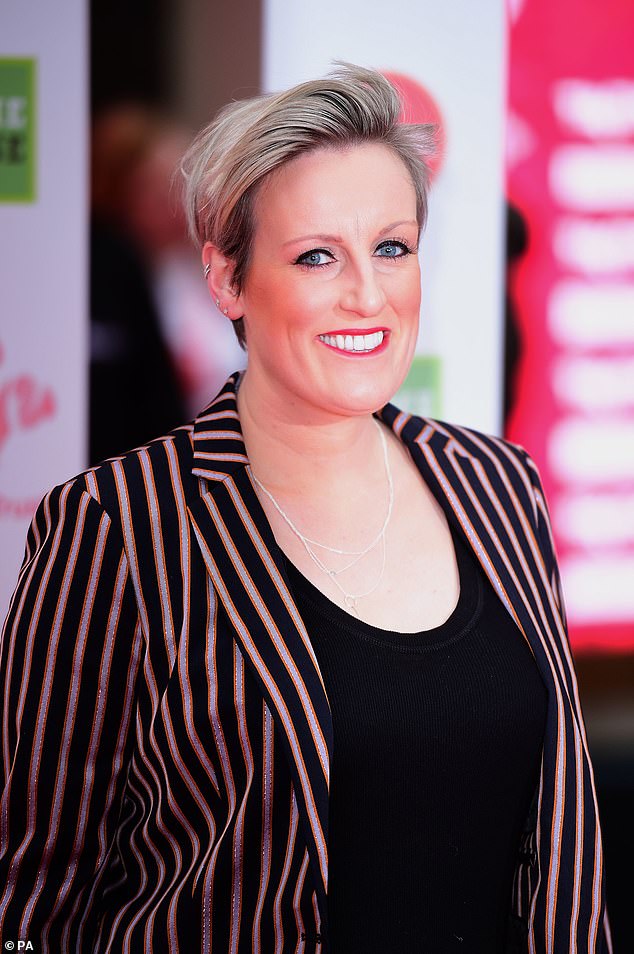 Neighbourhood watch: It had been claimed that Steph broadcasting from home had left her neighbours unimpressed