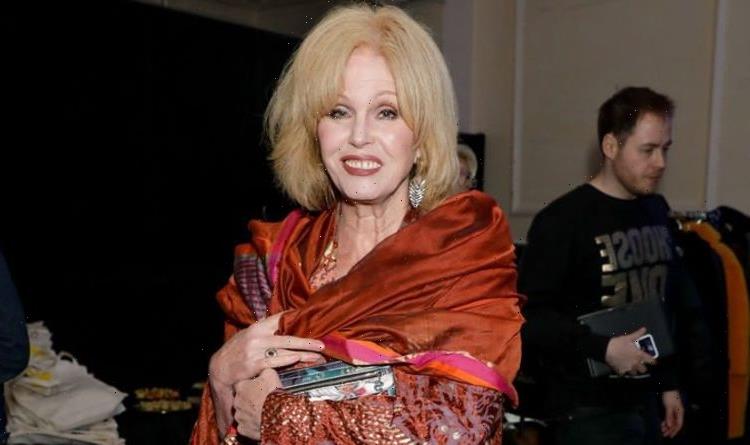 Joanna Lumley jokes Elvis Presley ‘was waiting for me’

Such force-feeding has been banned in Britain for 15 years. Now that the UK has left the EU, the Government is considering whether “any further steps” could be taken stop foie gras produced this way in other countries being imported and sold here. Absolutely Fabulous star Ms Lumley, who is famed for her successful campaign to win Gurkha soldiers the right to settle in the UK, urged ministers to press on and take action.

She said: “Please turn your back on this awful cruelty, and support a ban on foie gras in our country. It’s time we stopped kidding ourselves about our food and its origins.“

The National Union of Farmers also supports a ban on such foie gras imports.

James West of Compassion in World Farming said: “The cruel production method – which involves force-feeding ducks and geese so intensively that their livers become diseased and enlarged – is already prohibited in numerous countries, in the EU and beyond. As the UK is no longer constrained by EU laws on the movement of goods, and recognising the inherent cruelty associated with this production, the UK Government should go further and prohibit the import and sale of this product once and for all.

“We have no doubt such a move would be widely supported by the British public, many of whom simply can’t understand how this inhumane food can be allowed on British plates.”
Green Party MP Caroline Lucas has pushed for a timetable for a ban on its import and sale.

She told the Sunday Express: “Britain prides itself on being a nation of animal lovers and we even have a Bill before Parliament which recognises animals as sentient beings. If we really care about animals, we need to ban foie gras because the way geese are treated causes undeniable pain…

“It should be banned, once and for all.”

She said: “The Government has made clear that the production of foie gras from ducks or geese using force feeding raises serious welfare concerns… Whilst a member of the EU, we were subject to rules regarding the movement of goods within the EU market.

“Now that our future relationship with the EU has been established, we are able to take further steps where there is clear evidence of low welfare standards. We are now considering any further steps that could be taken in relation to foie gras that is produced overseas using force feeding practices, such as restrictions on import and sale.”