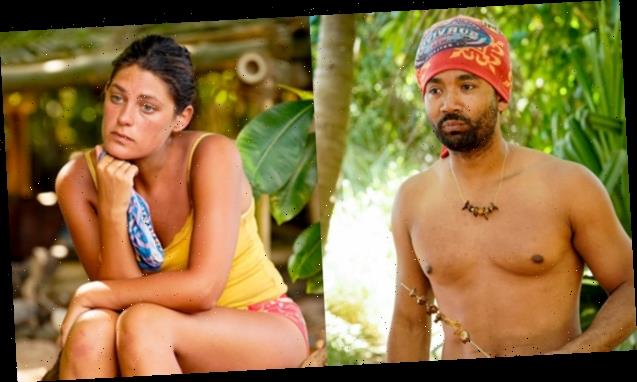 Fans of ‘Survivor’ are still mind blown over the news that Michele Fitzgerald and Wendell Holland dated before ‘Winners At War,’ and we uncovered the photographic evidence of their history!

On Survivor: Winners at War, contestants who have off-camera relationships (platonic or romantic), have been targeted. However, there’s one pair whose relationship off the show hasn’t come up at all…until now! Previews for the upcoming March 11 episode show that a tribe swap will take place, with one competitor, Michele Fitzgerald, lamenting that she’s now going to be “stuck on a beach with [her] ex-boyfriend.” Until this point, nobody on the show mentioned that Michele might be a threat because of an outside relationship, so fans were definitely shocked to hear that she had dated another Winners at War contestant, who was previously on her opposing tribe.

It didn’t take long for viewers to figure out, via process of elimination, that Michele’s ex is Wendell Holland, as the other three remaining guys who were possible suspects are all either married or in longterm relationships. Now, we have even more proof of Michele and Wendell’s history! A quick scroll through Wendell’s Instagram page shows that the two seemingly first connected while Wendell’s original season of Survivor, Ghost Island, was airing in 2018. In April 2018, he posted a group photo with Michele, along with other past Survivor stars, Adam Klein, Andrea Boehlke and James Lim.

The group looked like they had a fun night out, and one day later, Wendell shared more pics from their time together. In one of the shots, he and Michele are posing right next to each other. Then, in June, after Wendell was officially named the winner of Ghost Island, he and Michele appeared in another social media pic together. They both attended a Reality 4 Diabetes event, and were seated right next to each other onstage!

Here's a few good ones from the other day…

The length and extent of this relationship is unclear, but it’s been speculated that Michele and Wendell were an item for “a few months” after Wendell’s Survivor season (Michele won the show two years earlier in 2016). Wendell lives in Philadelphia, while Michele lives in New Jersey, so there isn’t much distance between thee, which would’ve definitely made it possible for them to have had a fling!

Omg is that James, Adam, Andrea, and Michelle?!?!How did I get so lucky?!

As of now, it’s also unclear whether or not Wendell and Michele’s fellow castmates even knew about the pair’s past romance on the show. Either way, things are bound to get interesting when the two end up on the same tribe next week! We’ll have to see if they work together or against each other — and if things are at all awkward between them! — when the next episode airs on March 11 at 8:00 p.m. on CBS.