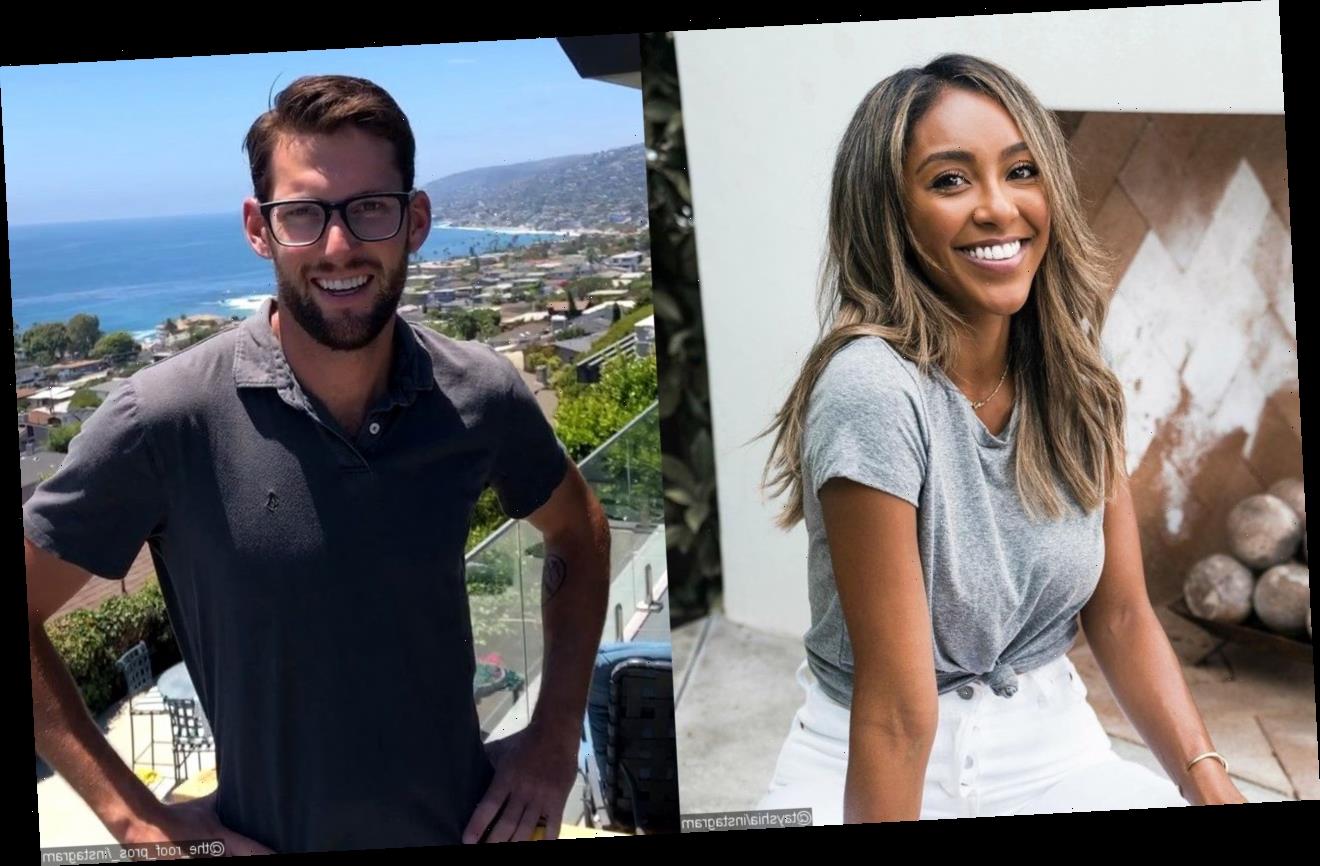 In the latest episode of the reality dating show, the season 16 lead reveals that she and Josh Bourelle divorced after about a year and a half of marriage because of infidelity and other issues.

AceShowbiz –Tayshia Adams has set the record straight on the rumors that her ex-husband might be making an appearance on “The Bachelorette“. Soon after the swirling speculations surrounding Josh Bourelle went viral, the season 16 lead of the ABC reality dating series shut it down by urging fans to leave him alone.

On Friday, November 13, the 30-year-old made use of Instagram Story to tell people to stop digging into her past. “He’s living his life, I’m living my life, you have plenty of other people that have signed up to be researched and talked about. He never signed up for it. So why don’t we leave him alone and talk about something that actually matters? Honestly, I am bored with this entire topic. Let’s move on and find something more interesting,” she explained.

Tayshia, who joined the show following Clare Crawley and Dale Moss‘ dramatic exit, began her clarification by pointing out, “Yes, I have been married, and yes I am divorced, and yes now I am the Bachelorette and I am dating 20 men on ABC every single week.” She went on to note, “So the fact that we are continuously talking about my past relationship that was three years ago, I don’t understand. I don’t get it.”

Tayshia Adams slammed rumors that ex-husband Josh Bourelle might appeared on ‘The Bachelorette’.

The speculation about Tayshia’s ex-husband first emerged on Wednesday, November 11 after a TikTok user posted a video of the promo for her season on the official Twitter account of “The Bachelorette”. The clip saw a caption that read, “JOSH BOURELLE: It’s only a matter of time before she realizes the truth,” while there’s a man’s voice in the background saying the same statement.

Before weighing in on the rumors, Tayshia opened up about her divorce from Josh in the Tuesday, November 10 episode of the dating show. “My identity was him. But unfortunately, it was infidelity and other issues, not on my part, and then we got divorced and I too felt like I failed,” she spilled to suitor Brendan Morais. “I too felt embarrassed and ashamed and that fear of, ‘Our parents going to be upset, our friends are going to be upset.’ “

Tayshia was married to Josh for about a year and a half before they called it quits in 2017. She first divulged about being a divorcee when she was a contestant on Colton Underwood‘s season of “The Bachelor” in 2019. “I actually married my first boyfriend, and I was with him for about six years or so. I guess I could, kind of, sense we weren’t doing very well,” she confessed at the time.

“Being a Christian woman, you get married once and that’s gonna be it. You know, you expect that from your partner as well,” she continued sharing. “But you can’t make someone want to be married, you know? It’s the toughest thing I’ve gone through, and I think that’s what’s made me so strong and fearless.”