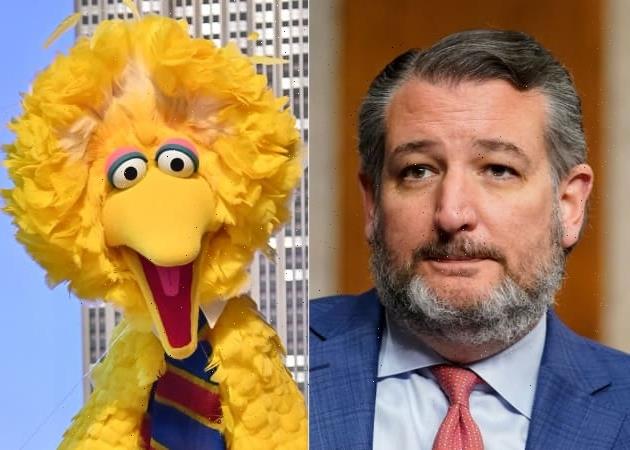 Senator Ted Cruz of Texas has started a feud with Big Bird of Sesame Street over the latter’s announcement on Saturday that the iconic animal had receivedd a vaccine to help prevent the spread of COVID-19.

We really wish we were summarizing a Saturday Night Live skit here.

Alas, welcome to real life when it comes to many members of the Republican Party these days.

“I got the COVID-19 vaccine today! My wing is feeling a little sore, but it’ll give my body an extra protective boost that keeps me and others healthy,” the 8-foot, 2-inch Muppet wrote on Twitter.

“Ms. @EricaRHill even said I’ve been getting vaccines since I was a little bird.

Big Bird, it should be noted, has been helping children better understand vaccine usage for decades. He pushed for the measles vaccine back in 1972, for example.

Sesame Street, meanwhile, has been addressing Covid-19 throughout the pandemic, discussing vaccines and teaching kids about masks and staying healthy.

Very little research has been done about birds’ getting dangerous virus.

However, the Centers for Disease Control and Prevention says “chickens and ducks do not seem to become infected or spread the infection based on results from studies.”

Better safe than sorry, though, you know?

His ageless character is meant to be 6 years old, which we actually didn’t know until this totally absurd feud went viral.

The winged-creature therefore became eligible for the vaccine in late October… when the Food and Drug Administration announced that it had authorized the Pfizer vaccine for children ages 5 to 11.

In the wake of Big Bird’s announcement, Cruz — an unserious individual who has never met a phony culture war issue he could resist exploiting — led a GOP attack against this famous fowl.

Added Lisa Boothe of Fox News, someone apparently unaware that Covid-19 was the sixth leading cause of death among kids aged 5 to 14 in September and October:

“Brainwashing children who are not at risk from COVID. Twisted.”

For the record, Big Bird was joined on Saturday morning by Dr. Sanjay Gupta for the ABCs of Vaccines Town Hall, which was hosted by CNN and Sesame Street.

The event was hosted by Elmo, who, we presume, is also pro-public health.

Robbie Starbuck, a Republican running for Congress in Tennessee, also used Sesame Street’s vaccine message to try and score points with those who want to see people continue to die.

Lavern Spicer, a congressional candidate in Florida, felt her own need to chime in as follows:

“Big Bird & Elmo are at least a step UP from [Dr. Anthony] Fauci, but using them to push the drug is just as reprehensible nonetheless.”