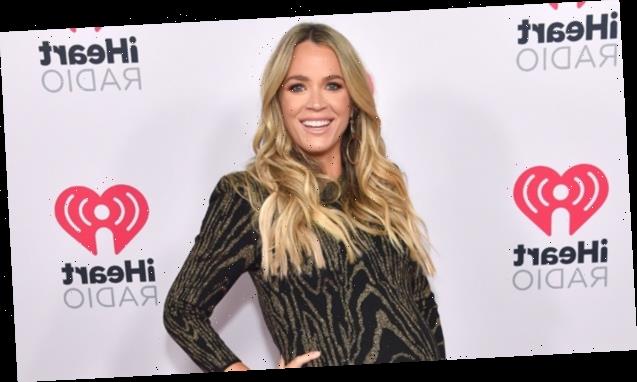 Teddi Mellencamp clapped back with kindness when a fan questioned whether her newborn daughter, Dove, was ‘to young to be out and about’ after the ‘Real Housewives Of Beverly Hills’ star posted a new Instagram photo.

Quiet them with kindness should be Teddi Mellencamp‘s new mantra when it comes to dealing with mom-shamers. The Real Housewives Of Beverly Hills star, 38, has been so excited to share new images of her infant daughter, Dove, after welcoming her into the world on Feb. 25. Since then, Teddi’s Instagram has been full of baby content, including her latest post that she shared on March 4. In the photo, Teddi and her fellow RHOBH star Kyle Richards, 51, were captured out for a nature walk as the two women tried to give baby Dove a pacifier to calm her. “How many Housewives does it take to put in a pacifier? Thanks @kylerichards18 for doing all of the heavy lifting,” Teddi captioned the image, adding the hashtag “Dove love” to the photo. While the image left so many fans swooning, one follower had a pretty specific comment — or, more of a scathing question– for the mother-of-three.

“Isn’t she too young to be out and about just asking,” the Instagram user commented on the intimate photo. Naturally, Teddi treated the situation as an opportunity to quiet the hater with some kindness. “Fresh air is good for a baby,” Teddi began her response to the comment. “Enclosed places filled with people are not,” she concluded, adding a heart emoji to her retort. A slew of fans backed up Teddi, too. One even commented saying, “her baby her choice and I couldn’t agree more fresh air is good for them. Why comment negative on such a lovely post!!” Clearly, Teddi had more than enough support for her parenting choices.

But fans have been showing Teddi nothing but love since sweet little Dove arrived! Only three days after giving birth, Teddi took to her Instagram on Feb. 28 to show her followers what her postpartum body looks like. In her unfiltered, untouched post, Teddi admitted, “It is humbling, to say the least – switching from the mesh “mom diaper” with ice from the hospital to high waisted compression panties at home. It is drinking way too much prune juice with crushed ice because you are anxiously awaiting the first post-baby 💩. It is embracing and loving this body of mine.” Fans couldn’t have been more supportive of Teddi’s authenticity, leaving comments like, “Beautiful! Look at the gift your body gave you,” and, “Nobody is ever prepared for postpartum. Glad the conversation is starting to begin.”

How many Housewives does it take to put in a pacifier? Thanks @kylerichards18 for doing all of the heavy lifting ??? #dovelove

A post shared by Teddi Mellencamp Arroyave (@teddimellencamp) on Mar 4, 2020 at 3:54pm PST

Having given birth to daughter Slate, 6, and son Cruz, 5, with her husband Edwin Arroyave, 42, by her side, Teddi is more than ready to take on this exciting chapter of motherhood with her infant daughter, Dove. The RHOBH star has already shown that she is using her platform to not only discuss her own parenting choices, but to also bring to her fans’ attention the difficult parts of motherhood that they rarely see. We cannot wait to see more from her in the near future!