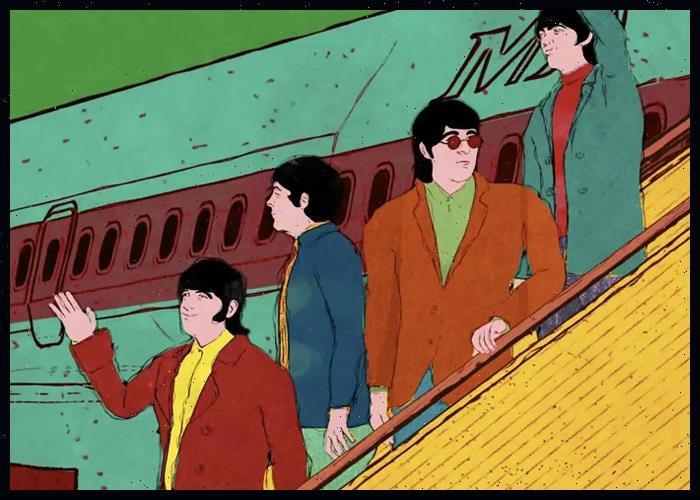 The Beatles recently shared a new official video for “Here, There and Everywhere” off the new Revolver special edition.

“Follow the band on tour as they face an ever-changing backdrop of cities, hotels, roads and gigs, with only each other to rely on,” said producer Richard Barnett of Trunk Animation, which created the video. “A magical dancer appears to each of them, representing inspiration and creative freedom.”

In October, a deluxe reissue of Revolver was released, featuring various new mixes of the original 1966 record as well as a collection of outtakes and a four-song EP that includes the non-album tracks “Paperback Writer” and “Rain.”

Following the reissue’s release, Revolver, which ruled the Billboard 200 chart for six weeks in 1966, re-entered the list at No. 4.

The album’s 14 tracks were newly mixed by producer Giles Martin and engineer Sam Okell in stereo and Dolby Atmos, and the album’s original mono mix is sourced from its 1966 mono master tape.