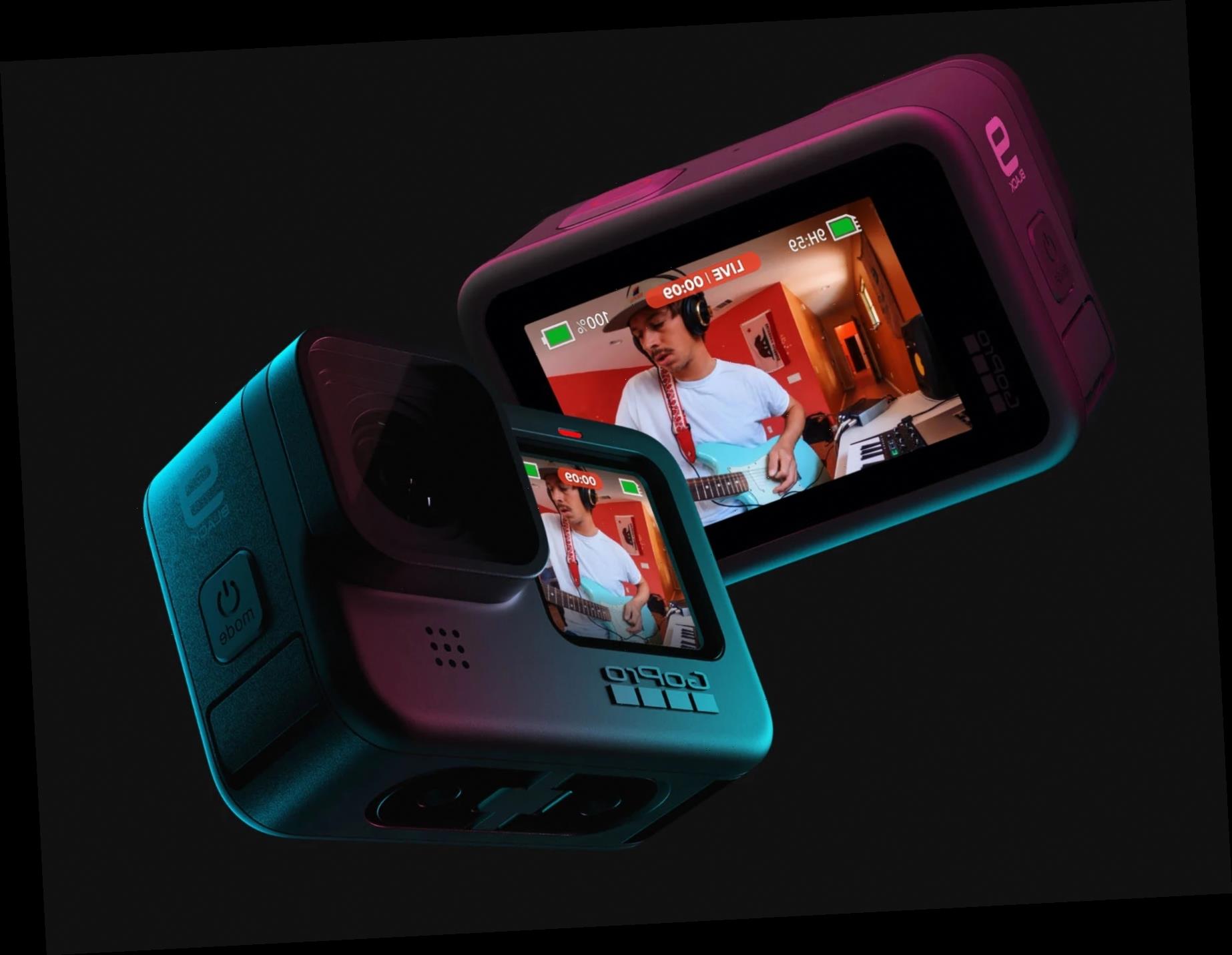 Whether you want a camera that can keep up with your adventurous lifestyle or one that will commemorate life’s biggest moments from a point-of-view angle, we love using GoPro cameras for both video and photos.

The company makes cameras in a variety of price points and with varying features, but something they all have in common is their small size. Designed to be handheld or mounted on anything from a helmet to a snowboard to a selfie stick, GoPros are ideal for anyone who is concerned about weight, whether you don’t want to weigh down your suitcase with a bulky camera or change the balance of your snowboard.

What Are The Best GoPro Action Cameras?

There are many factors to consider when choosing the right GoPro for you; below are the most important ones, which we considered while we were researching this list.

Picture and video resolution: If you’re shooting a once in a lifetime event, you’re going to want the pictures and videos to look as good as possible. The video and photo resolution (image quality) can vary by GoPro, but our minimum requirement was the ability to shoot at 4K and take 10MP (megapixel) photos. This ensures your memories will look clear on every screen in your home, from a laptop to a giant TV.

Video stabilization: Cameras with video stabilization reduce the jittery-ness in photos and videos through using a mix of hardware and software to compensate for your movement. All of the GoPros on our guide have this feature, but some do a better job than others.

Dynamic range: This is a fancy way to say better color accuracy, and more contrast between dark and light parts of your pictures and footage. The more dynamic range a camera is able to capture, the more lifelike everything looks.

Durability: GoPros are also known for their durability, with the small rugged cameras able to withstand tough climates. Every model in our guide is waterproof, so you use them to capture video of a mountain bike ride in the rain, or your latest snorkeling adventure.

Connectivity: All modern GoPros can be wirelessly connected to your phone over Bluetooth and WiFi, which makes it easy to transfer, edit, and share clips. You can also adjust the camera’s video settings, including white balance, sharpness, and exposure. Some models also have built-in hardware that lets you start a livestream from the camera itself. 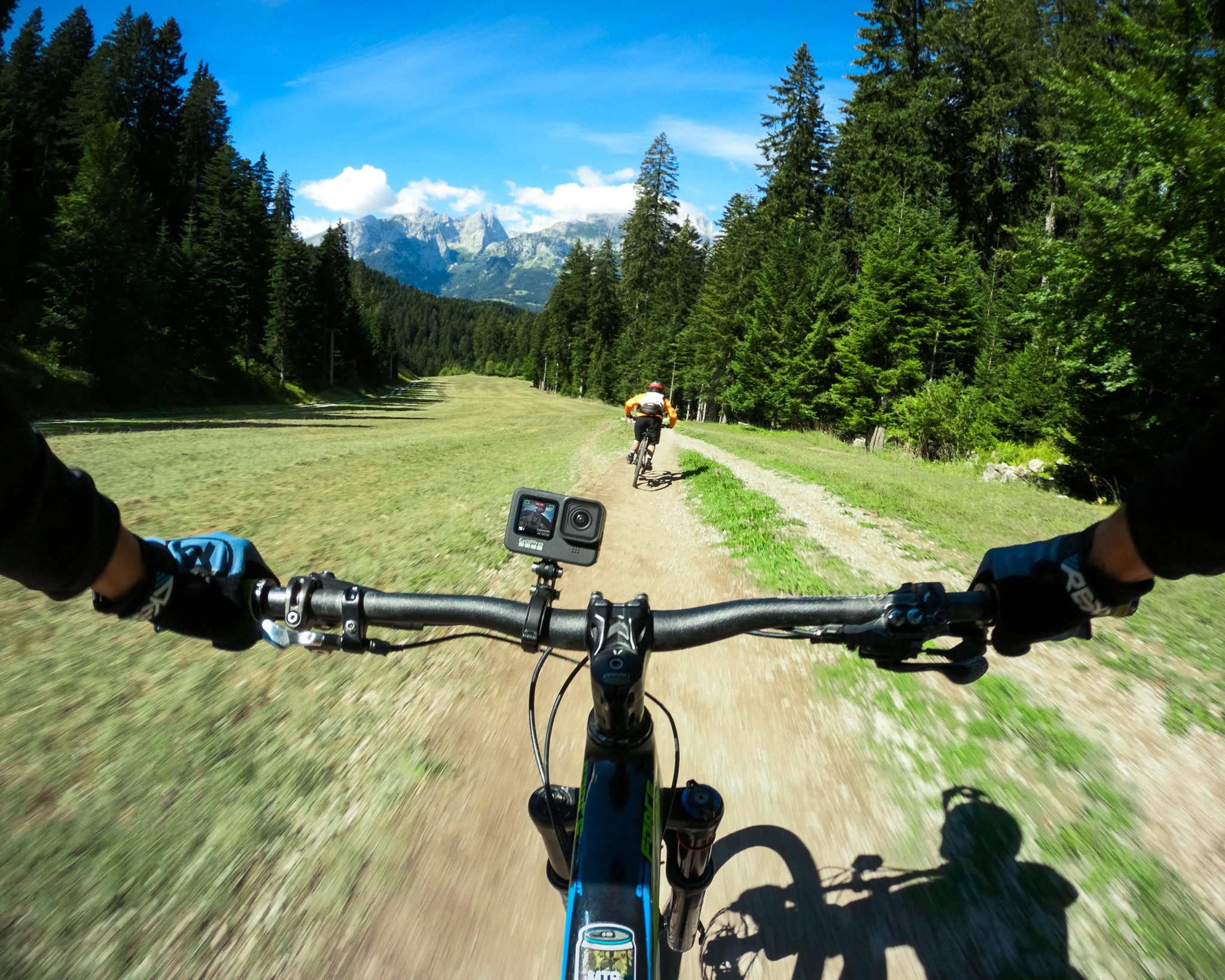 The GoPro HERO9 Black is the company’s latest action camera, and it’s a marked improvement over the HERO8 it replaces.

It can record video at resolutions up to to 5K at 30FPS (frames per second), and take 20MP photos, so your media will look crystal clear whether you’re viewing it on your smartphone, laptop, or high resolution TV. While 5K videos are overkill today, you’ll appreciate having the best-looking video possible as screen technology improves; there’s only so much you can do to make low resolution videos or pictures look better.

The HERO9 supports HyperSmooth 3.0, the newest version GoPro’s proprietary image stabilization technology, which can help you get usable footage in tough situations, like mountain biking, snowboarding, or surfing. You can’t help but move a lot in these situations, and HyperSmooth 3.0 can make sure your videos and photos don’t look blurry.

GoPro also outfitted the HERO9 with SuperPhoto, a custom technology that automatically analyzes the scene you’re about to shoot to make sure the colors and lighting look as accurate as possible. Finally, the GoPro HERO9 has a feature called Hindsight, which constantly records the last 30 seconds of whatever you’re doing, so you don’t miss the beginning of an important shot.

All of these features make it possible to get great looking photos and videos with the least amount of effort. You’ll still have to think about how you frame your shot, but the HERO9 will do a lot of the heavy lifting. GoPro says this action camera is waterproof up to 33ft (feet), so you can take it snorkeling without having to get a case.

This set of internal upgrades are all welcome, but GoPro also changed the camera’s design, adding a screen on the front, so you can frame your selfies, or monitor your recording from all angles. It’s also made this camera modular, which means you can remove the lens, and exchange it for a better one down the line, extending the life of this camera significantly.

Beyond all that, GoPro’s HERO9 carries over a lot of the benefits that were available on GoPro’s other models. This includes the ability to record video to MicroSD memory cards, and livestream to FaceBook Live, YouTube, or Twitch directly from the camera.

The HERO9 is GoPro’s best action camera to date, and if you need a way to capture your adventures with the least amount of effort, this is the one you should get. 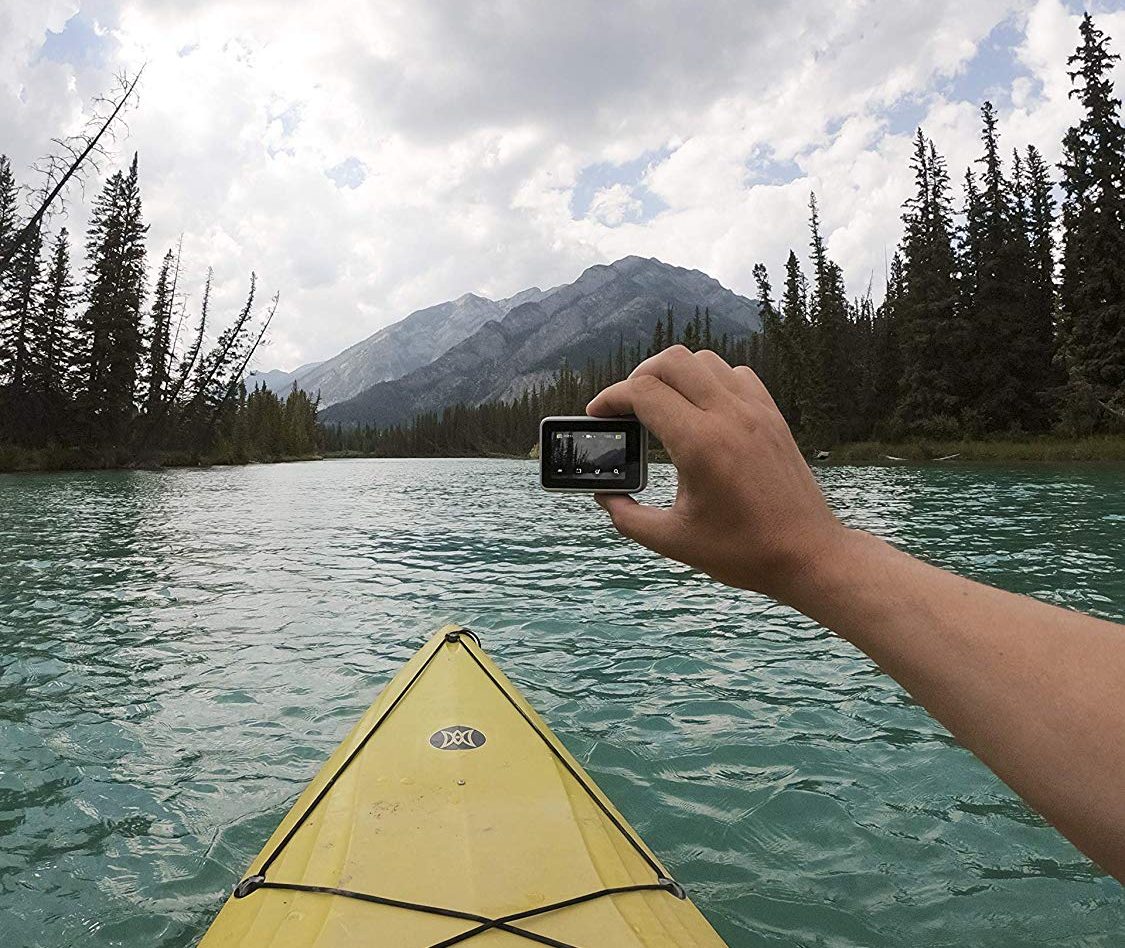 The HERO7 Silver is where you should start if you’re just getting into the world of action cameras.

It has a maximum video resolution of 4K at 30fps with stabilization, and can take 10MP (megapixel) photos with a wide dynamic range. The camera has two microphones, and intelligently uses them to reduce noise from wind. GoPro says this camera is waterproof up to 33ft.

You can adjust its settings four ways: through GoPro’s app, by tapping on its touch screen, through voice commands, or hitting the “mode” button on the side of the camera. The first three will give you access to more controls, but we like that you can cycle through some features at the push of a button during a strenuous activity (think snowboarding with gloves on).

The camera saves your media on a MicroSD Card, which is the only must-have accessory you’ll need to operate it. While we’re talking about accessories, the HERO7 is the only GoPro in our guide that requires an external mount if you want to attach it to a tripod. This will add some weight and bulk to the camera, which may get annoying if you’re trying to pack light.

It may not have every feature higher-end GoPro Models have, but the HERO7 Silver is still an excellent choice if you’re looking for your very first action camera.

The Max earns its name by having features you won’t find on any other GoPro camera.

Those video specs don’t tell the full story, though, because the GoPro Max is a normal action camera and a 360 camera, which can stitch together 360° of video at 5.6K (30fps) and photos at 16.6mp. In 360 mode, the camera will automatically shoot and stitch these photos and videos together, so you won’t have to mess with them manually on your phone or computer.

It can also capture distortion-free photos at 270°; again, the camera stitches everything automatically. You can even shoot a 360° motion smoothed time lapse video.

These video features are complemented by a six microphone audio system that captures directional audio to create a 360° surround-sound effect.

Despite all of this, the GoPro Max is actually a little worse than the other cameras in this guide. It doesn’t have the front-facing screen the HERO9 has (it’s been replaced by a microphone), and it only has a waterproof rating of 16 feet. Neither of these are deal breakers, but the added hardware in this camera means it’s taken a slight durability hit. It’s also strange that it can only live stream video in 1080p, but that may be a limitation of YouTube and Facebook Live.

Beyond that, the GoPro MAX retains most of the same physical features present in more basic models. It has a touch screen, physical shutter button, mode switch button, and stores your media on a MicroSD card. It’s about one inch taller than the other cameras in this guide, but that’s not a huge deal, especially since it has GoPro’s folding fingers, so you might not need an external mount.

The GoPro MAX is a feature stuffed action camera that’s an especially good choice if you’d like to shoot or livestream 360° videos or photos. If you want to capture your next trip or sporting event in a way that can help you relive those moments more accurately than ever before, this is the right choice.