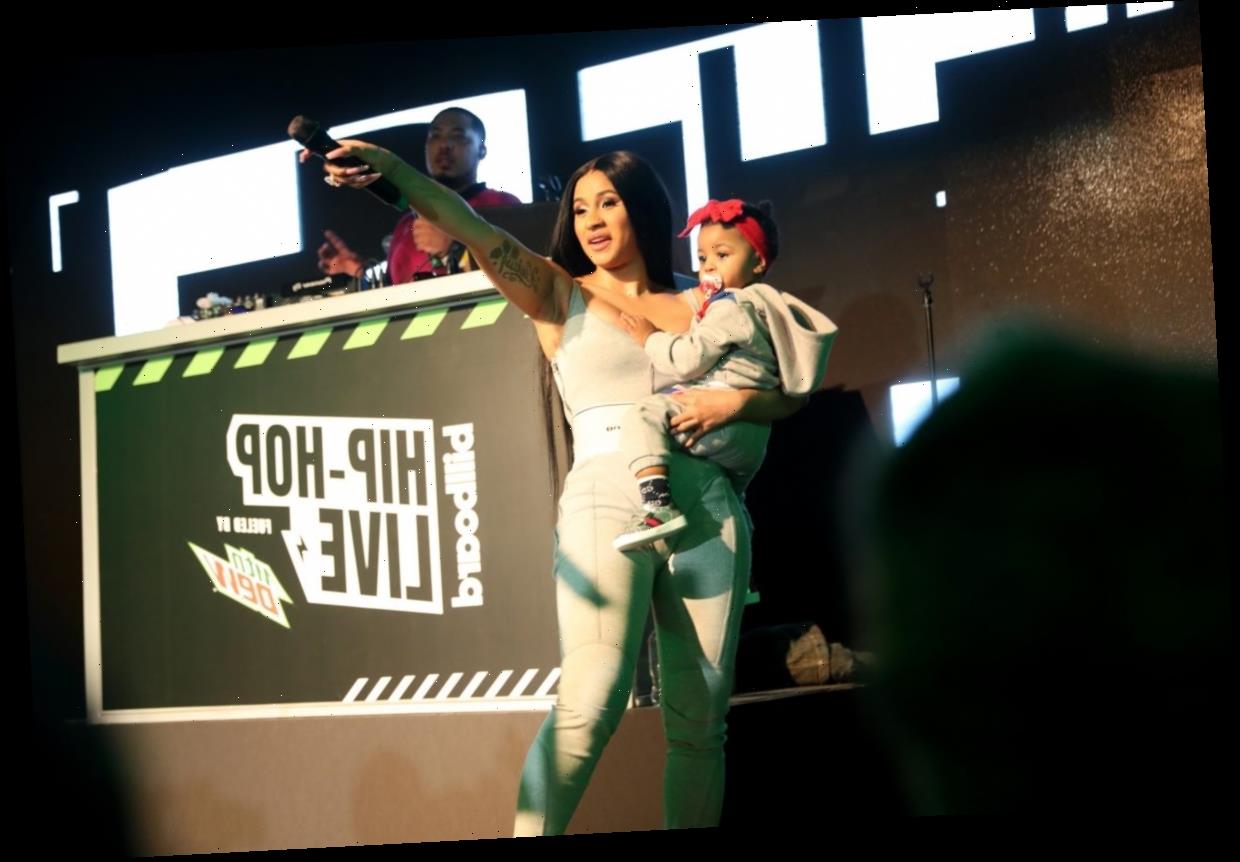 Cardi B says being a mother to her 2-year-old daughter Kulture Kiari Cephus has changed her way of thinking.

The 27-year-old rapper sat down with Vogue’s 73 Questions in November 2019 and chatted with the outlet about an array of topics. The interview took place in Cardi’s grandmother’s home in New York. While she was seated in the living room, a sleeping Kulture made a cameo throughout the video.

As she rocked her baby, Cardi reflected on motherhood and what she’s learned from Kulture. She said although she’s learned a lot since welcoming Kulture, she said she now knows not to be surprised when things don’t go her way.

“The biggest lesson I’ve learned is that you’re never on time,” Cardi said.  Things don’t go as you plan, never.”

Related: Cardi B Just Dragged A Fan Who Criticized Her For Allowing Kulture To Use a Pacifier

Cardi B said motherhood has changed her for the better, even if the public doesn’t recognize it

Although Cardi said Kulture has been a driving force for making her a better person, she said she was still being criticized in the media for her behavior. In April 2018, three months before Cardi gave birth to Kulture, her album, Invasion of Privacy, was released. The album had several of Cardi’s hits, including “Bodak Yellow,” “Money,” and “I Like It.” The lyrics caused some people to believe that Cardi wasn’t a new person postpartum, which she denies. She said although she will never stop performing her provocative music, her motivation to provide her daughter with the best possible life is her driving force, per Vogue.

“I could shake my *ss, I could be the most ratchet-est person ever, I could get into a fight tomorrow, but I’m still a great mom. All the time I’m thinking about my kid,” she explained. “I’m shaking my *ss, but at the same time I’m doing business, I’m on the phone with my business manager saying, make sure that a percentage of my check goes to my kid’s trust. I give my daughter so much love, and I’m setting her up for a future. I want to tell her that a lot of the sh*t that I have done in life—no matter what I did, knowing that I wanted to have kids made me go harder to secure a good future for my kids.”

Related: What Cardi B Got Kulture For Her First Birthday

Cardi says nothing prepared her for new motherhood

In July 2018, Cardi gave birth to Kulture. Although her husband, Migos rapper Offset, had three children from previous relationships, Kulture made a then-25-year-old Cardi a first time mom. Cardi said she always knew she wanted to be a mother, but knew she would need to be financially stable before that could happen.

Even though she was married and had reached an enormous amount of fame at the time of Kulture’s birth, Cardi said she still wasn’t prepared for what it meant to be a mother. She said she sought advice and resources before her daughter was born, but she ultimately learned how to be a mother by watching her daughter grow.

“Moms always give advice like, ‘Oh, when you have a baby things change, you will see, it’s not easy.’ It’s true,” Cardi said. “No matter how many books you read—cuz I read some books—you just really have to have a baby to see. I just want to say that I respect mothers more than ever now. I see moms differently, especially the young ones that, like, are so young and barely have experience or money. I don’t even know how they can do it.”

Cardi wants Kulture to be confident when she grows up

As Kulture continues to grow, Cardi expressed she has high expectations of her baby girl. In addition to wanting Kulture to “dream big” no matter what anyone thinks of her, she also wants her daughter to love herself from within.

According to Us Weekly, Cardi wasn’t as confident as she is today when she was younger. Growing up, she said she was often bullied for her looks and didn’t feel beautiful. She said she doesn’t want Kulture to adopt the same mindset, and will teach her to think differently about herself.

“I want my daughter to come in the room, and I want her to feel like she’s that woman,” she said of Kulture.