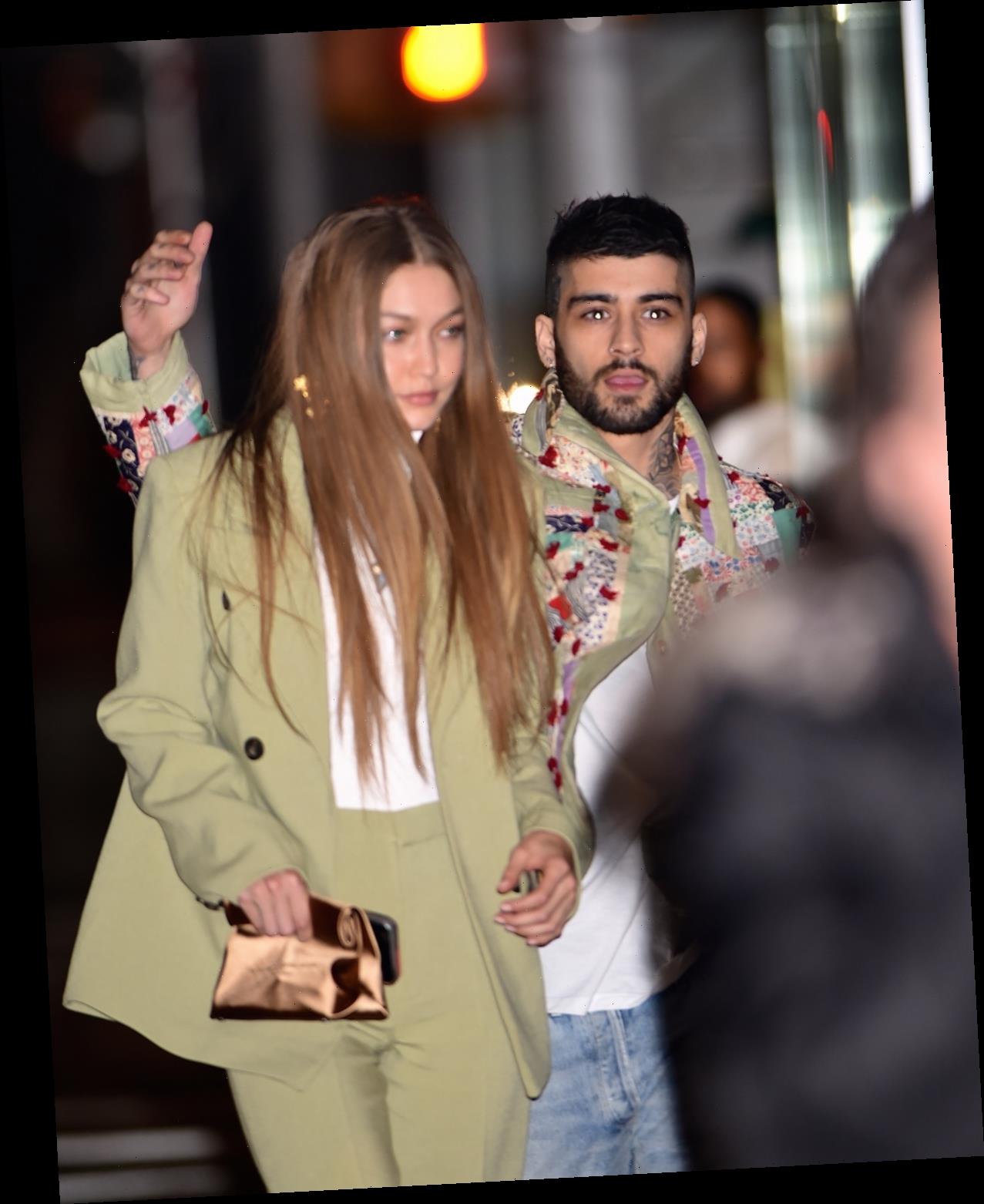 Ever since Gigi Hadid confirmed her pregnancy in April, fans have been waiting with bated breath for the supermodel to give birth. Well, the day is finally here. Hadid announced the birth of her baby girl on Sept. 23, and it looks like she and Zayn Malik couldn’t be happier. It only takes one look at the first photos of Gigi Hadid and Zayn Malik’s baby to see just how over the moon the couple is about being parents.

In case you’ve been sleeping on the celebrity baby news of the year, the first reports of Hadid’s pregnancy hit the internet on April 28 via unconfirmed reports by TMZ and ET. By April 30, Hadid appeared on The Tonight Show with Jimmy Fallon to confirm the news. Now, the baby is finally here, and the first photos are so adorable, you’ll agree it was well worth the wait.

The new parents didn’t share the name or confirm what day their baby was born, but they did give fans a little something in their announcements: two pictures of their newborn. Late on Sept. 23, Both Malik and Hadid took to social media to share the first glimpses of their new baby girl, and the super simple photos are such a beautiful first look.

Hadid’s Instagram snap of their baby girl is a black-and-white picture showing their new baby with her little hand around Zayn’s thumb, with the caption: "Our girl joined us earth-side this weekend and she’s already changed our world. So in love🥺💕." It looks like the new dad and baby are laying together in all cozied up in a blanket, and TBH, it might make you more emotional than you’re prepared for.

Our girl joined us earth-side this weekend and she’s already changed our world. So in love🥺💕

Our girl joined us earth-side this weekend and she’s already changed our world. So in love🥺💕

The proud dad’s announcement took a similar route, with a black-and-white snap showing a close-up of his baby girl’s hand wrapped around his index finger. It’s a super sweet look at one of the first father-daughter moments, and he upped the ante with his caption: "Our baby girl is here, healthy & beautiful. to try put into words how i am feeling right now would be an impossible task. The love i feel for this tiny human is beyond my understanding. Grateful to know her, proud to call her mine, & thankful for the life we will have together x."

Hadid and Malik have been more open about sharing the good news since they confirmed the pregnancy, but prior to the confirmation, a source told ET why Hadid had hoped to keep things private at first. "Gigi has kept the secret close to her family and friends for a while as she’s only a few months along," the insider shared. "Once Gigi and Zayn got back together at the end of last year it was like they never skipped a beat and knew what they had was special. The couple and their families are overjoyed," they added.

Since the new parents were more inclined to keep the news private in the beginning, it may be awhile until they reveal the name of their little one. But as long as they keep posting sweet snaps like the birth announcements, I don’t think fans will mind.