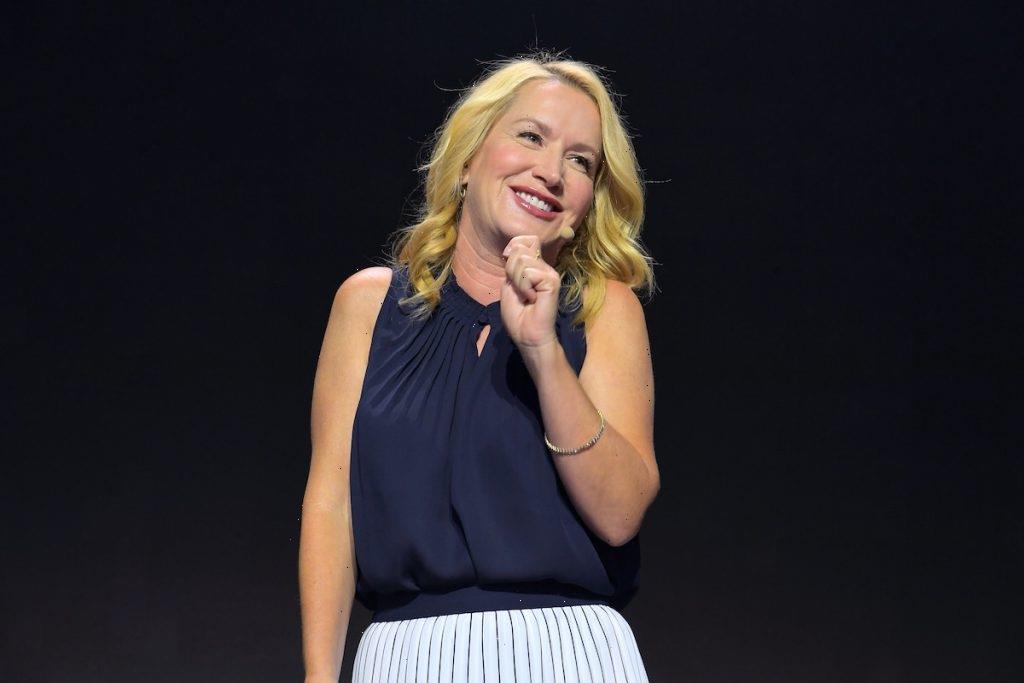 Many people know Angela Kinsey for her role as the grumpy accountant Angela Martin on The Office. But the actor is also avid about cooking and baking. “I am the hot mess in the kitchen,” Kinsey admitted to Showbiz Cheat Sheet over the phone. But despite her self-proclaimed title, there are two things The Office cast member prepares best in the kitchen.

From ‘The Office’ cast to ‘Deliciousness’

Deliciousness is a spinoff of Rob Dyrdek’s Ridiculousness, a series that dissects comical viral videos. With Deliciousness, instead of examining viral videos, Kinsey, Nickelodeon alum Kel Mitchell, and Basic to Bougie’s Tim Chantarangsu break down some of the internet’s most viral food-related videos.

“We’re just watching people be stupid with food and we get to hang out and laugh,” Kinsey told Showbiz. Catch up on Deliciousness on MTV.com or through the MTV app.

Angela Kinsey is half of ‘Baking With Josh & Ange’

Kinsey married actor Josh Snyder in 2016. Now, the couple is the host of Baking With Josh & Ange.

“Josh bakes and Angela chats while trying her best to keep up,” says the website. “We live in Los Angeles and have a big blended family: Josh’s sons, Jack and Cade, Angela’s daughter, Isabel, two cats, Oreo and Snickers, and two dogs, Biscuit and Buster.”

Snyder and Kinsey aim to share how fun and family-friendly baking can be. The baking couple has hosted several guests in their videos, including many of Kinsey’s Office castmates. Fans can find new recipes from The Office star and her husband on their YouTube channel.

During our call, we had to ask about Kinsey’s baking venture with Snyder. “My husband is so patient,” Kinsey told us, detailing all of the reasons she’s not so good at baking. “[Good bakers and cooks] are patient, meticulous, [and] they read instructions. All of that is a challenge for me.”

Kinsey is convinced her lack of baking skills is genetic. “My sister is also clumsy,” she laughed. Despite her clumsiness, there are a few recipes Kinsey’s family trust her to expertly prepare.

Kinsey may be a “hot mess” in the kitchen, but when it comes to finding a use for some overripe bananas, she has just the thing. “I make a decent banana bread,” The Office star revealed to Showbiz. “The kids seem to like it.”

Baking is one thing, as Kinsey and Showbiz discussed. It requires that patience she mentioned earlier and an eye for details. But when it comes to cooking, Kinsey loves the freedom it allows.

“My husband really likes the Italian wedding soup I make,” Kinsey added. “It’s one of the recipes I’ve really learned and I’ve got it down.” That means she doesn’t have to consult a recipe — she can eyeball everything! “That’s his favorite thing that I make,” Kinsey concluded.

Find new recipes from Kinsey and her husband on social media or on the Baking With Josh & Ange YouTube.