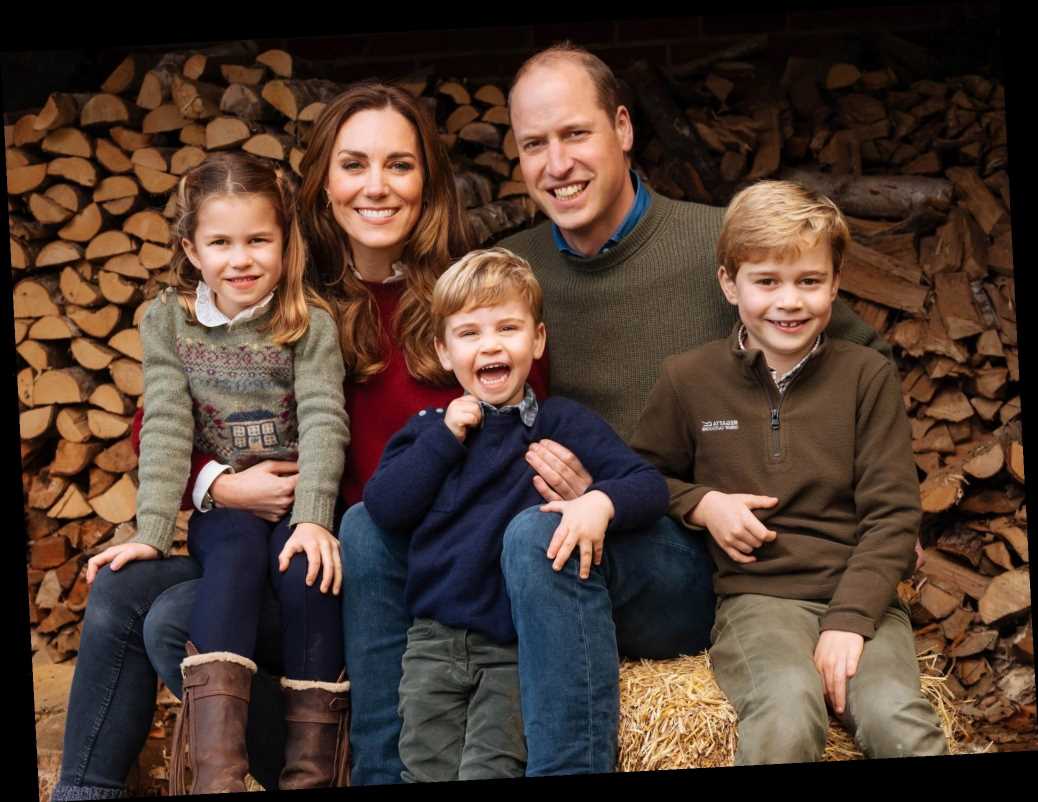 The 8-month-old black pup was given to them by Kate's younger brother, James Middleton, before their beloved dog, Lupo, died in November.

This isn't the first time James has gifted his sister with an adorable pet. He also gave Lupo, one of his dog Ella's puppies, to the couple in 2012 — the year before Prince George was born. James kept Lupo's sister, Luna, who is now the mother of the Cambridges' new puppy.

Lupo was an important part of William and Kate's family for nearly a decade. The couple's children — Prince George, 7, Princess Charlotte, 5, and Prince Louis, 2, have grown up with the cocker spaniel. George even had a memorable third birthday photoshoot with Lupo. He also provided a special comfort to Kate when William headed to the Falkland Islands for a six-week-long deployment during their first year of marriage.

"When Prince William was away in the Falkland Islands, he went for dinner with some good friends of ours in the Air Force, and he was saying how difficult it was for Kate because he was leaving for six weeks. It was when they'd just got the Spaniel to help her with the time apart," said Natalie Bressani, who was a guest at a 2018 Christmas party at Kensington Palace for Royal Air Force families.

While the family has been mourning the loss of their beloved Lupo, they are also enjoying the lively addition to their home.

"The new puppy is adorable and the whole family are besotted," a friend told The Mail on Sunday, which first reported the news.

"They were devastated when Lupo passed away," the friend added. "It was hoped that a younger dog would give Lupo some company and give him a little more life and energy."

In May, James announced that his dog Luna had welcomed "six healthy pups." He went on to share that he wouldn't be keeping the puppies himself as "they all have lovely homes waiting for them." James has been outspoken about the important role dogs play in his life amid his struggles with depression. In addition to Ella, James is also dog dad to Zulu, Inka, Luna, Mabel and Nala.

"Dogs don't just change lives…they save them," he said. "They're a very, very loyal companion. For me, during troubled times and good times, they're my consistent."

"I got this diagnosis and Ella came to all of my therapy sessions, which I was reluctant to go from the start," he shared. "But with her by my side, I really became confident in understanding that I had a mental illness.

"I would go so far as to say that I owe Ella my life, and she doesn't know that."