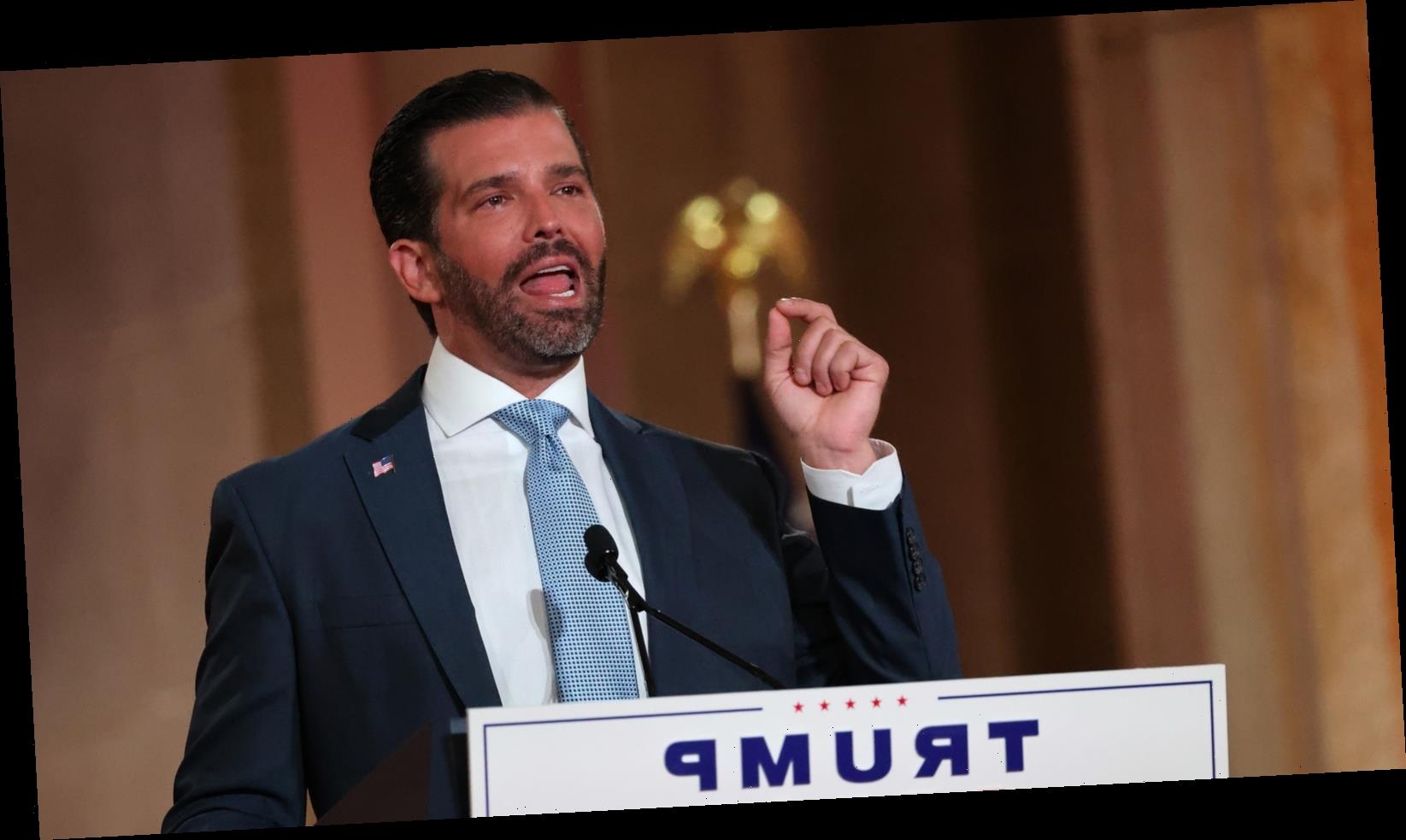 Now that Election Day 2020 has come and gone, President Donald Trump’s kids have been speaking out about the election results, defending their father’s choice to not concede the election to President-elect Joe Biden, and attacking the media. Donald Trump Jr. has been especially vocal on social media. And while his fans may be retweeting and fave-ing his comments on Twitter, some people are clapping back in pretty amusing ways.

Just in case you’ve been on some sort of media cleanse for the past couple of weeks, it is largely understood by election officials that Biden and Kamala Harris won the 2020 election. However, the Trump administration has fought back against the results, claiming that there was voter fraud, despite there not being any evidence of it, and promising to wage legal battle after legal battle in order to not give up the office come Jan. 20, 2021.

According to White House insiders, those close to Trump are split about what he should do, but his sons, and most notably Don Jr., are staunchly on their father’s side when it comes to fighting the election results. Which means they are also the target of jokes on social media.

On Nov. 15, 2020, Donald Trump Jr. retweeted a days-old tweet from Nate Silver, the editor-in-chief of the Five Thirty Eight blog, which focuses on polling. Silver was conversing with Chris Hayes from MSNBC about how accurate the polls were in the 2020 elections. He wrote, “There’s not actually much evidence that polls are becoming less accurate. They had perhaps their best year ever in 2018. 2016 and 2020 polling errors were slightly worse than average but within a fairly normal range.” Trump Jr. responded to the tweet, writing, “We understand you’re trying to salvage a very lucrative career in polling punditry but it’s getting ridiculous.”

In response, Silver wrote, “I’ll still have a job on January 21st, though,” referring to the upcoming inauguration of President-elect Joe Biden and the end of the Trump administration. Oh, the shade. It was a decent joke, although if the Trump family has their way, Don Jr. might get the last laugh come January.

President Trump's kids are defending him in his false election claims

Most officials and media outlets agree that President-elect Joe Biden and incoming vice president Kamala Harris won the election and will be inaugurated in January 2021, hence Nate Silver’s joke to Donald Trump Jr. Still, the president continues to make false claims about voter fraud and wage unsuccessful legal battles in order to not concede the election, and his kids are split as to whether that’s a good move or not, per a CNN report. Ivanka Trump, along with her husband Jared Kushner, reportedly advised her father to concede the election and move on.

Trump’s sons, Don Jr. and Eric, on the other hand, are encouraging him to fight until the bitter end. Just days after the election, Don Jr. tweeted, via The Daily News, “The best thing for America’s future is for @realDonaldTrump to go to total war over this election to expose all of the fraud, cheating, dead/no longer in state voters, that has been going on for far too long.” The tweet was flagged by Twitter for alleging false information about the election, which didn’t make him happy either.

Junior tweeted in response to being flagged for false info, “Twitter is censoring and flagging this of course why would we not want to find out if these things exist?” He added, “If they don’t then we will find nothing and people could maybe regain some faith in the process which doesn’t exist now.”

Just after the election, too, Donald Trump Jr. berated his fellow Republicans for not backing his father “enough.” As pointed out by the BBC, he said, “The total lack of action from virtually all of the ‘2024 GOP [Republican] hopefuls’ is pretty amazing. They have a perfect platform to show that they’re willing & able to fight but they will cower to the media mob instead. Don’t worry @realDonaldTrump will fight & they can watch as usual!” He added, “Republicans have been weak for decades which has allowed for the left to do these things.”

Don Jr.’s brother, Eric Trump, also tweeted in defense of their father, asking, “Where are Republicans! Have some backbone. Fight against this fraud. Our voters will never forget you if your [sic] sheep!”

Although they might become the butt of jokes on social media for their tweets, no one can say that Don Jr. and his brother Eric don’t have their dad’s back.