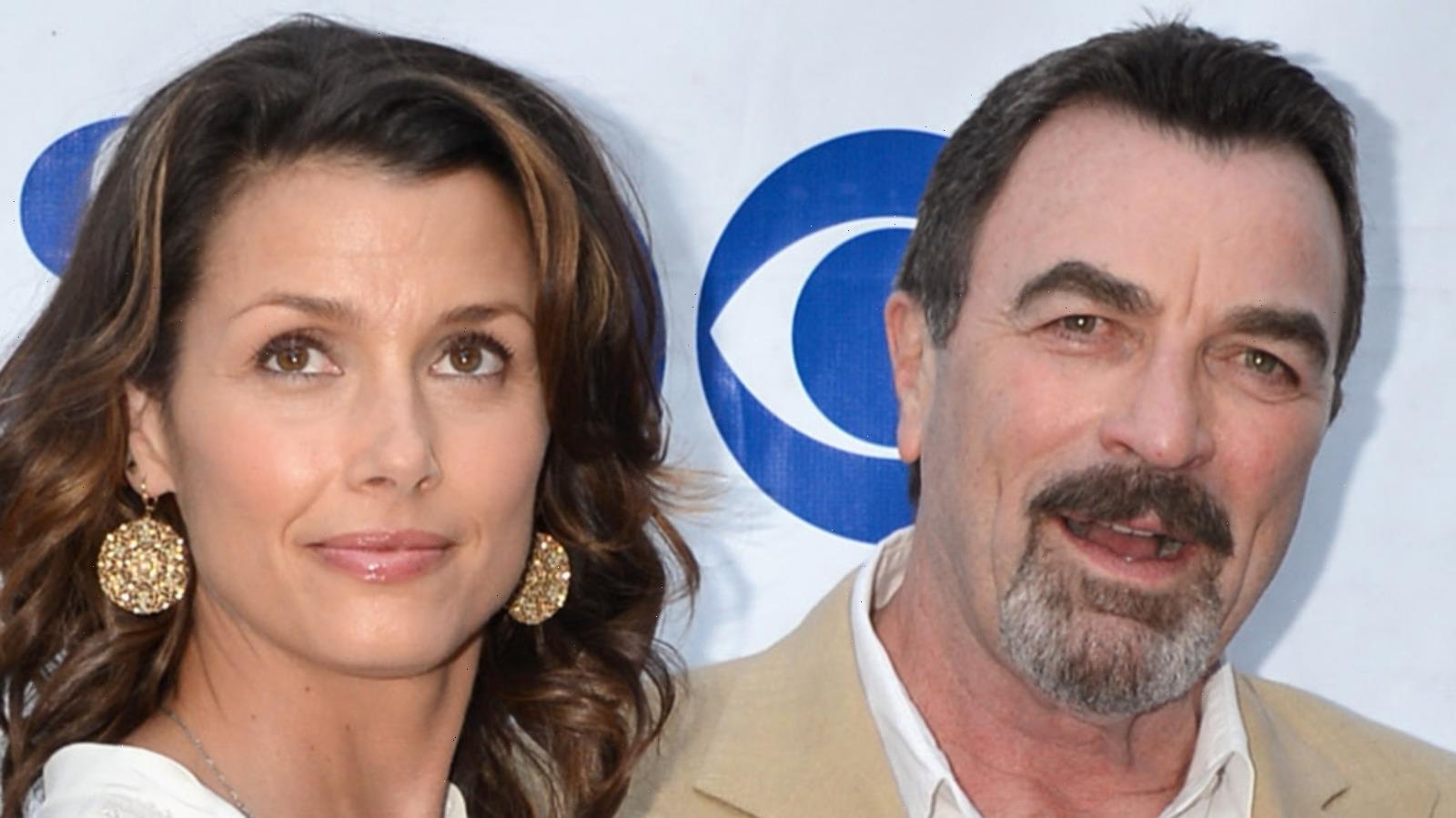 There are so many procedural dramas on TV, from all the “Law & Order” shows to the many “CSI” spinoffs. But “Blue Bloods” is different. This CBS drama follows the Reagan family as they navigate the ups and downs of not only being deeply entrenched in the New York City justice system, but also the dramas that just come from being a family, as per CBS. There’s Frank Reagan, played by Tom Selleck, who is the patriarch of the family and the police commissioner. Donnie Wahlberg brings Danny Reagan, an experienced detective, to life, while Bridget Moynahan portrays Erin Reagan, an assistant district attorney. There’s also Henry Reagan (Len Cariou), Frank’s father, and quite a few other characters, as well.

Naturally the large and loud Reagan family gets into lots of arguments over police work and cases, but the show is also full of romantic drama. Like when Jamie Reagan and partner Eddie Janko gave into seasons of sexual tension and finally got married. But what about the actors that bring the Reagans to life? These are the “Blue Bloods” cast’s actual partners.

Tom Selleck, who plays Frank Reagan on “Blue Bloods,” actually has two marriages under his belt. As per AARP the Magazine, he married model Jacqueline Ray in 1971. Though Selleck adopted her son, the pair split 10 years later. Lucky for Selleck, he met his current wife in 1984. Selleck told AARP that he was visiting London when he saw the musical “Cats,” went backstage, and had his breath taken away by Jillie Mack because, as he tells it, “she looked pretty good in a leotard.” Though it took the “Magnum P.I.” actor a few more theater tickets to work up the courage to go on a date with Mack, their romance blossomed. Selleck and Mack married three years later and had a daughter they named Hannah.

These days, Selleck and “Macksy” — as he lovingly calls her — live on a ranch in Ventura, California (as per People). Though Mack didn’t love the ranch at first, she was willing to do anything for her beloved husband. “It was such the wisdom of Tom,” she told AARP. “He knew he needed to buy back his anonymity, to replenish the soul.”

Bridget Moynahan hasn’t just made headlines for playing Erin Reagan on “Blue Bloods.” The actress was also well-known for publicly dating and then publicly splitting from football pro Tom Brady, and then announcing she was pregnant with his child a few months after their breakup, as noted by Us Weekly. But Moynahan’s love life saw a wonderful rebound after all that Brady drama when she met her now-husband Andrew Frankel “through a friend,” according to People. Frankel is the co-president of Stuart Frankel & Co., “a Wall Street institutional brokerage firm,” a source told the magazine.

The “Blue Bloods” actress and the successful businessman got married on October 17, 2015, at Wölffer Estate Vineyards in Sagaponack, New York. “They wanted a cool vibe and great energy,” their wedding planners told People. “They really wanted the night to feel more like a large family dinner party than a wedding. It was all about simplicity and ease.” Hopefully the couple is maintaining that vibe, especially with their blended family of boys: Moynahan’s young son, Jack, with ex Tom Brady, and Frankel’s three sons.

Donnie Wahlberg is married to Jenny McCarthy, thanks in part to Andy Cohen

“Blue Bloods” star and New Kids on the Block member Donnie Wahlberg met his wife, Jenny McCarthy, in a very Hollywood way. The actor told the story in an Instagram post. Sharing a photo of when they first met, he wrote in the caption, “Our first meeting at [‘Watch What Happens Live’] — where Andy [Cohen] implored me to ask Jenny out. I didn’t.” Whoops! Luckily for Wahlberg, McCarthy later had him on her VH1 talk show “The Jenny McCarthy Show.” The interview got pretty steamy, and, according to People, the pair even laid down on the floor to discuss their sexual preferences.

They must have liked what they heard, as the celebrity couple tied the knot in 2014 and formed a blended family with three sons from their previous relationships, as per People. McCarthy is especially grateful for her and Wahlberg’s relationship, as her son, Evan, has autism and she was worried about raising him on her own. “Donnie has been amazing,” she told Fox News. “The fact that I found the love of my life for me, and Evan found a stepdad in his life, I feel like I can’t ask for anything else.”

Steve Schirripa and his wife love to have lazy Sundays

Steve Schirripa has had many roles, from Bobby on “The Sopranos” to Detective Anthony Abetemarco on “Blue Bloods” (via IMDb). But some might argue that his favorite role of all time is that of “husband.” The Brooklyn native loves his wife, Laura, and their two daughters, Bria and Ciara, as noted by The New York Times, and even credits his wife as the reason why he booked his famous role on “The Sopranos.” “My wife was the one that pushed me,” Schirripa told Esquire. “She said, ‘You’re only happy when you’re doing this, go back.’ Because I didn’t want to spend the money to put myself up and fly myself out. But I did it and luckily it all worked out.”

And work out it did. As per The New York Times, Schirripa and his wife are now living their best lives in Manhattan. When he’s not filming new episodes of “Blue Bloods,” they spend their Sundays in the most New York ways, from going on long walks and reading the paper to grabbing lunch at beloved local eateries.

Eddie Janko, Vanessa Ray’s character on “Blue Bloods,” found true love in her partner, Jamie Reagan (via CBS). But Ray found happily ever after in real life with musician Landon Beard. According to Hola! magazine, the pair met during a rehearsal and Beard continued to sweep her off her feet when he romantically proposed in 2015. “He convinced me to go for a walk to one of our favorite spots — Pier 84 — on the Hudson River in the freezing cold,” the “Pretty Little Liars” actress told the publication. “I could feel his heart pounding even through the many layers of clothing we had on out there,” she noted, adding, “He pulled out the ring, we cried.”

Ray and Beard got married later that year at Condor Nest Ranch in Pala, California, as reported by E! News. A source described their wedding as an “intimate and relaxed event with an eclectic, boho feel,” and told the publication that their wedding ceremony began with a group singalong complete with shakers and tambourines.

Len Cariou is happily married to a writer

Len Cariou has had some luck with the ladies. The “Blue Bloods” actor was in a relationship with actress Lauren Bacall back when they starred on Broadway in “Applause” (via The Washington Post). Cariou himself spoke about in an interview with CBS2, saying simply, “Well, we became lovers when we were doing the show.” Cariou was also involved with Glenn Close in the early ’80s, and the two shared a place together in Chelsea, as per The New York Times.

Cariou eventually settled down with his now-wife, a writer named Heather Summerhayes. According to an interview Summerhayes did with Ask Wendy, the couple have a house in New Jersey with stunning views of Manhattan in which they enjoy a quiet life. “After writing, I do errands, catch up on email, make dinner and enjoy my husband’s company,” she said. “We eat out with friends once or twice a week. We love throwing dinner parties when we’re home. And we have a few TV shows that are our guilty pleasures.”

Robert Clohessy met his wife when he rented her apartment

Robert Clohessy, who plays Sid Gormley on “Blue Bloods,” wasn’t looking for love when he met his wife. He was just looking for a place to live. According to Main Street Magazine, Clohessy had to move to Los Angeles at the last minute after being cast as a recurring character on “Hill Street Blues.” Lucky for him, his agent at the time was also representing a young actress who was looking for a renter: Catherine Erhardt. The two quickly hit it off and married later that year.

Clohessy and Erhardt stayed in Los Angeles for a while, having two sons, Myles and Byron, and later moving to the East Coast. As Myles told The Register Citizen, the boys had a “fairly typical classic country upbringing” in West Cornwall, Connecticut, but they soon joined the family business: the entertainment business. And, according to their IMDb pages, both Myles and Byron appeared in “Blue Bloods.”

Abigail Hawk and her husband "do everything themselves"

Abigail Hawk plays Abigail Baker on “Blue Bloods.” And the actress and her character don’t just have the same name — both are also happily married. In real life, Hawk is married to Bryan Spies, who, according to Starry Magazine, is a first responder. The actress and her hubby share a pretty “normal” life, despite her acting success. “I’m a mom, I’m a wife, I’m a daughter and I have dogs who poop on the floor and chew up my shoes,” Hawk told Starry Magazine. “We don’t have a nanny. My husband and I do everything ourselves.” Romantic, right?

It is romantic, especially since Hawk and Spies appear to still be madly in love. Hawk wrote a gushing Facebook post for her husband’s 42nd birthday in April 2021, thanking him for helping out around the house and for being “handy, handsy, [and] handsome.” She also calls him her “best friend” and the kind of man who “always finds the silver lining” and “like a prize truffle pig, he will always uncover hidden double-stuf Oreos.” She finished the post with: “He’s the best of the best, and I am his.”

Gregory Jbara, aka NYPD Deputy Commissioner of Public Information Garrett Moore on “Blue Bloods,” is married to Julie Jbara, and he seems head over heels. Need proof? After winning the Tony Award for Best Featured Actor in “Billy Elliot: The Musical” in 2009, he brought her up on the stage at Radio City Music Hall while he delivered his acceptance speech. When Broadway Buzz asked him about his favorite memory of that night, he responded, “Having my wife Julie at my side.”

Julie Jbara has her own career in BodyTalk therapy, a “holistic approach to healing that draws upon the practices of kinesiology, yoga and psychology, as well as Western Medicine, Traditional Chinese Medicine and Ayurveda,” according to her profile on the Oasis Healing Center website. According to the actor’s personal website, he, Julie, and their two sons, Aidan and Zachary, live in Los Angeles.