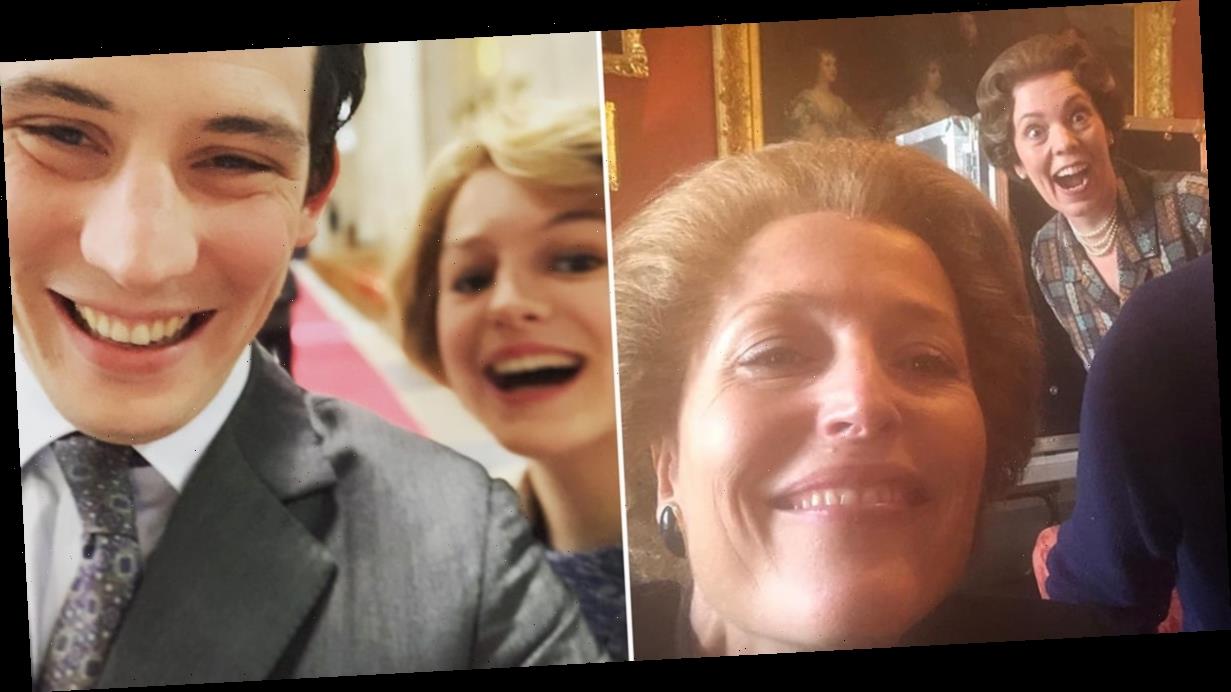 Although The Crown season four is packed with drama and tension, the cast and crew’s real-life friendships are just royally sweet. The leads in Peter Morgan’s latest installment take on some familiar rivals from within the British monarchy, but when the director yelled “Cut!” it appears pure silliness ensued.

Thanks to behind-the-scenes photos shared by the cast and crew — like Gillian Anderson (Margaret Thatcher) and director Benjamin Caron — fans of the show can get a feel for the group’s dynamic when the cameras stop rolling. For example, you can count on Olivia Coleman (Queen Elizabeth II) for a fantastic photobomb or Helena Bonham Carter (Princess Margaret) for some sneaky side-eye. We’re extra grateful the real royals family’s “no selfie rule” didn’t count for these actors.

Get a peek at all the fun that went down while filming season four in the pictures ahead. As Erin Doherty (Princess Anne) said, it’s been a “bloody pleasure” watching these actors become the Royal Family and we’ll miss them in season five.